previous
Podcast 463: Metroid Dread, Far Cry 6, Battlefield 2042
random
next
The Monster Hunter Rise Demo on PC is as tough as you remember on Switch
0 comments

Much has been written about the Dreamcast, in terms of what could have been, its decline, and why it failed. The reality was a perfect storm of trouble for Sega. A lack of support from big hitters like EA; a poorly executed advertising budget; and of course consumers who perhaps understandably felt that the console was snake-bit. There was a mistrust of this new hardware, which followed Sega CD, 32X, and Saturn with their libraries. Particularly in the case of the latter, couldn’t stack up against the PlayStation. Sega knew that the PS2 would destroy them if they backed themselves in that bout. Therefore, they decided to bow out of the console game forever, in order to live on.

The sad thing about all this is that many gamers didn’t get to experience what a wonderful machine the Dreamcast was. Many UK folk’s interactions with the Dreamcast brand would have been watching Thierry Henry parade the logo on his shirt in his debut season at Highbury. Those who did own or play one, and particularly those who, like me, grew up in and around amusement arcades dominated by Sega, found the Dreamcast an unforgettable machine. I find myself returning to its catalogue of exceptional titles again and again. I am going to lay out what I think are the top 10 best Dreamcast games released for the system.

CHECK THIS OUT: Metroid Dread features a beautiful world with tight controls | Our review 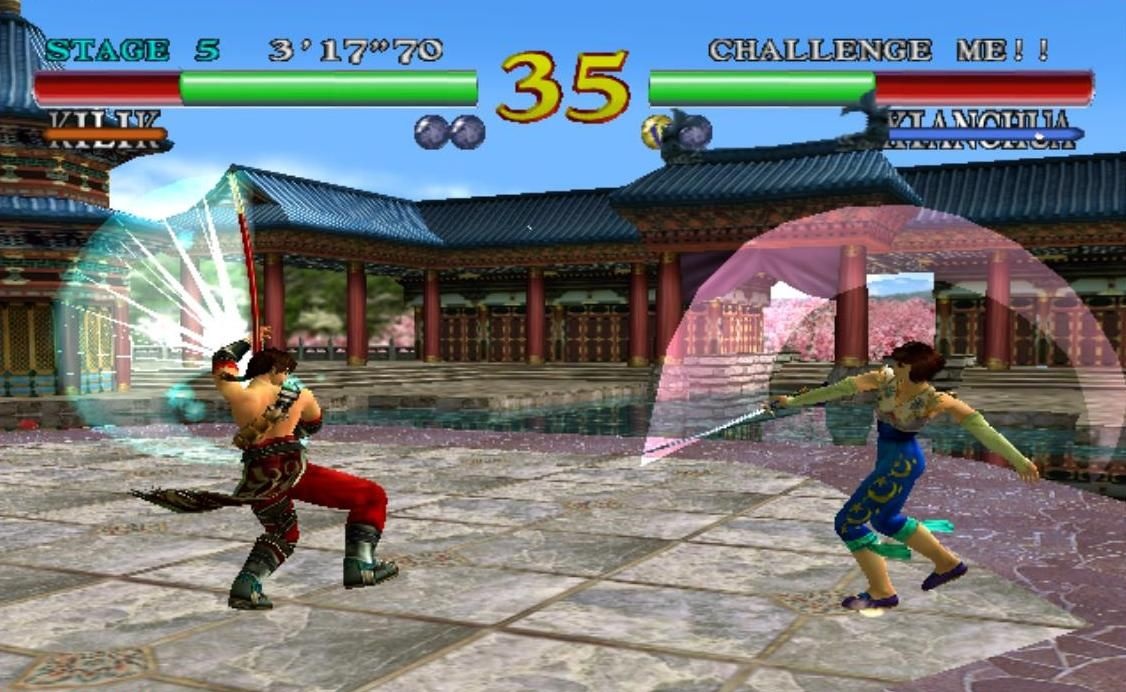 For most people, this was the one that even from attract sequence alone, made them want to own a Dreamcast. The PlayStation may have had a fabulous port of Soul Edge, but its Namco System 12 sequel upped the ante in just about every department. It looked mind blowing in its ultra-polished DC form. Any list of essential games for the system has to have this perched on top of the pile. It took an already wonderful game and improved it aesthetically and in terms of content and playability. All these years on it is still smooth as silk and a landmark fighter. 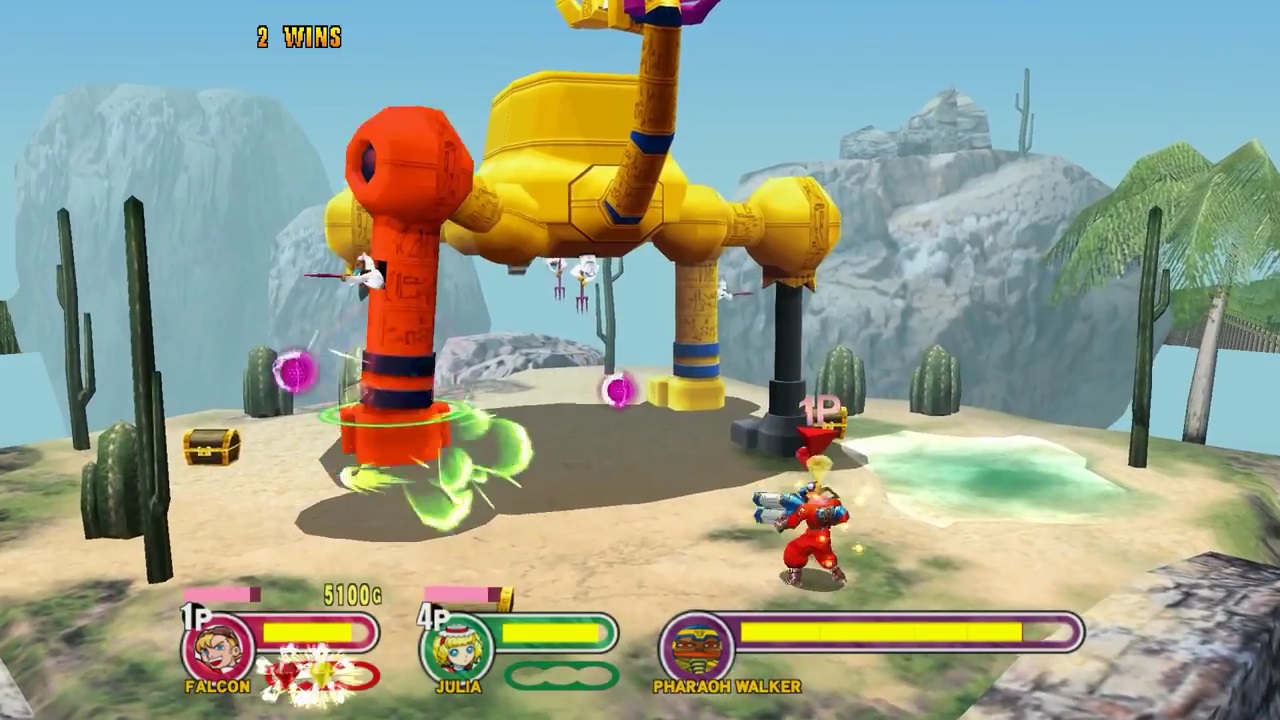 In an ideal world I would have included both Power Stone games in this list, but the sophomore Naomi arcade port is the Godfather Part II of 3D multiplayer fighters. With a rich and diverse roster of sumptuously designed and resolutely Capcom-AF characters, Power Stone 2 is an absolutely astonishing piece of work. It’s utterly bonkers stages, some of which have multiple phases, have to be seen to be believed and still surprise and delight as much as they ever did. Best of all the gameplay is a never-boring riot. It has a zillion different weapons and environmental modifiers to discover. It is a crime that Capcom have not revisited this franchise. 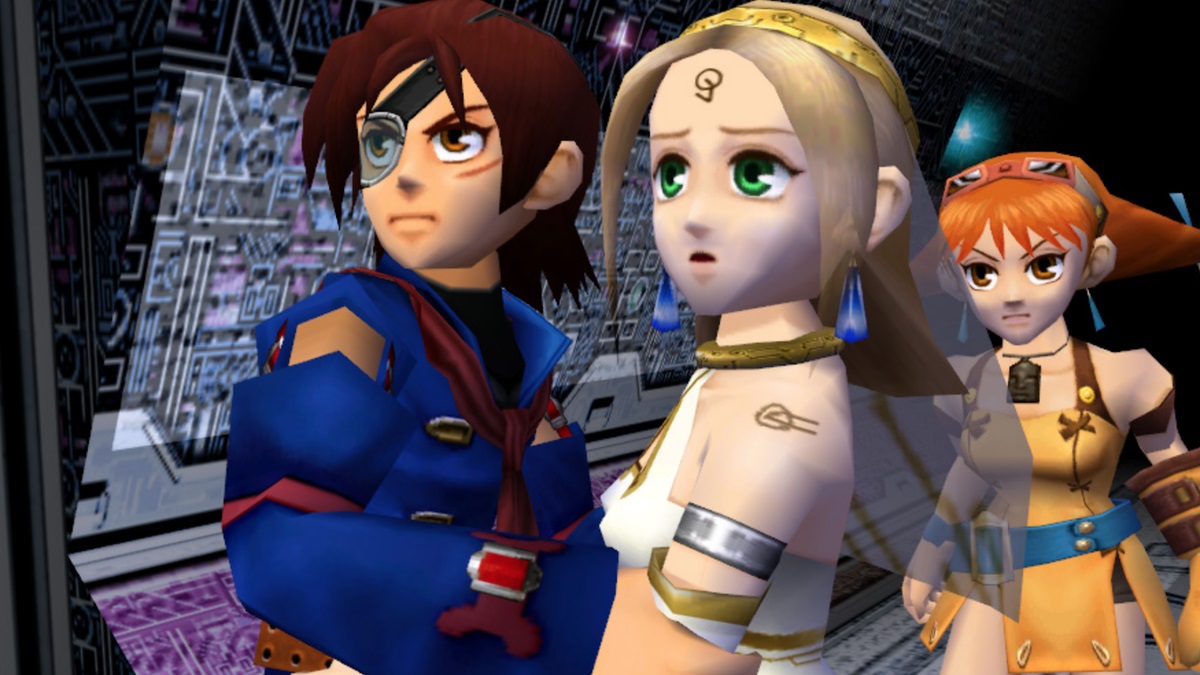 There aren’t many JRPGs on the DC, and it feels bad not to mention the ground-breaking Phantasy Star Online. However, you simply cannot look past Skies of Arcadia when it comes to the genre. It is the very best the platform has to offer. Skies was Sega’s ode to classic role-playing tropes with a wonderful stylised crew of unforgettable characters, terrific English localisation, and a genuine spirit of sky faring adventure. Still standing the test of time to this day, this two-disc wonder is an essential get for the discerning ‘Cast buff. 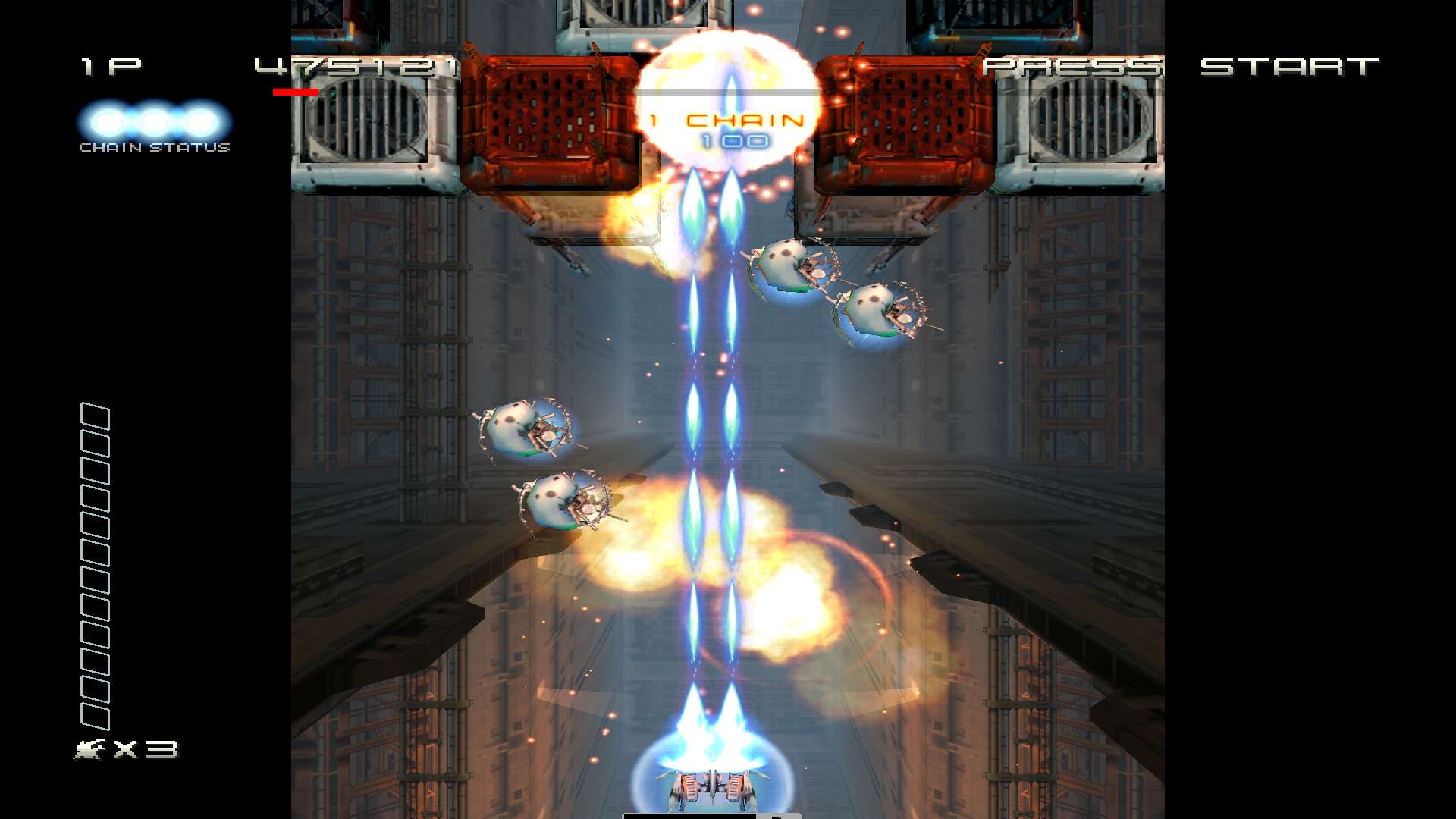 Treasure’s spiritual sequel to STV/Saturn classic Radiant Silvergun is a videogame that transcends the medium. It’s a true work of art that still blows me away every time I revisit it. The legendary developer doubled down on the themes of light and shadow seen in Silhouette Mirage and transferred the mechanic to a mesmerising vertical shoot ‘em up which allows you to reverse the polarity of your craft to negotiate your way through a unique two-tone bullet hell.

Projectiles and enemies are either dark or light, and you are able to flip your craft and align with either side. In white mode you are stronger against the black enemies and can absorb any projectiles of your own colour to build a crushingly powerful charge attack, and vice versa. It makes for an incomparable experience as you learn how to beat each stage by deciding whether to take risks or play it safe. Once it all clicks it becomes an almost zen experience, helped by the stunning visuals and soundtrack. 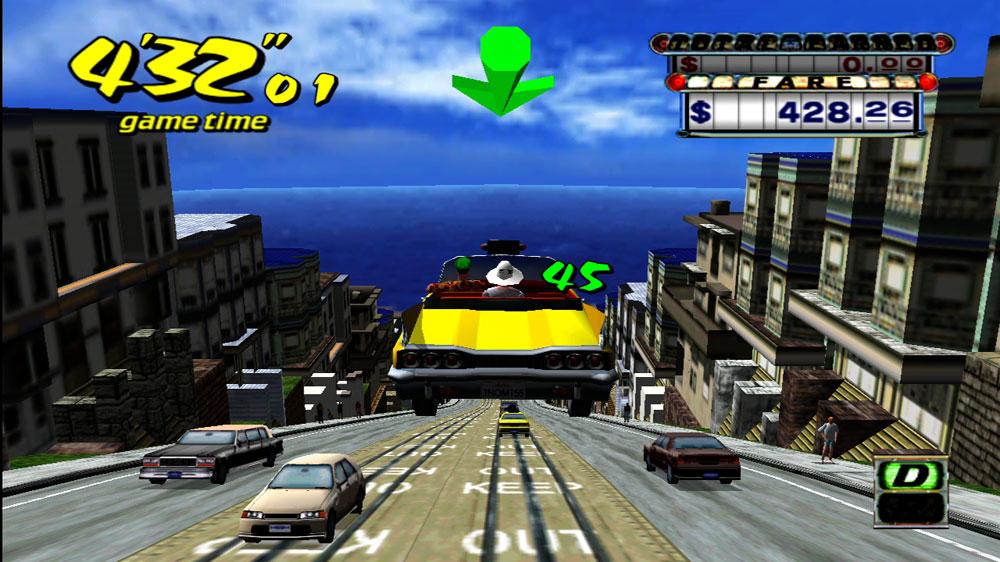 The best pure arcade game of its era, you know the drill with this one – high octane, day-glo cab simulator with a slamming punk soundtrack. Nobody has ever topped or come close to emulating this kind of game in the ensuing years. It is just classic Sega simplicity, taut design and just one more go appeal. The Dreamcast is easily the best way to play this one. Not only is it arcade perfect, it has the option to sharpen the visuals via either a VGA box or one of the modern workarounds. This helps an already great looking game look the absolute nuts. A law should be passed that anyone owning the final Sega console needs to be packing a copy of this, lest they be sent down a salt mine. 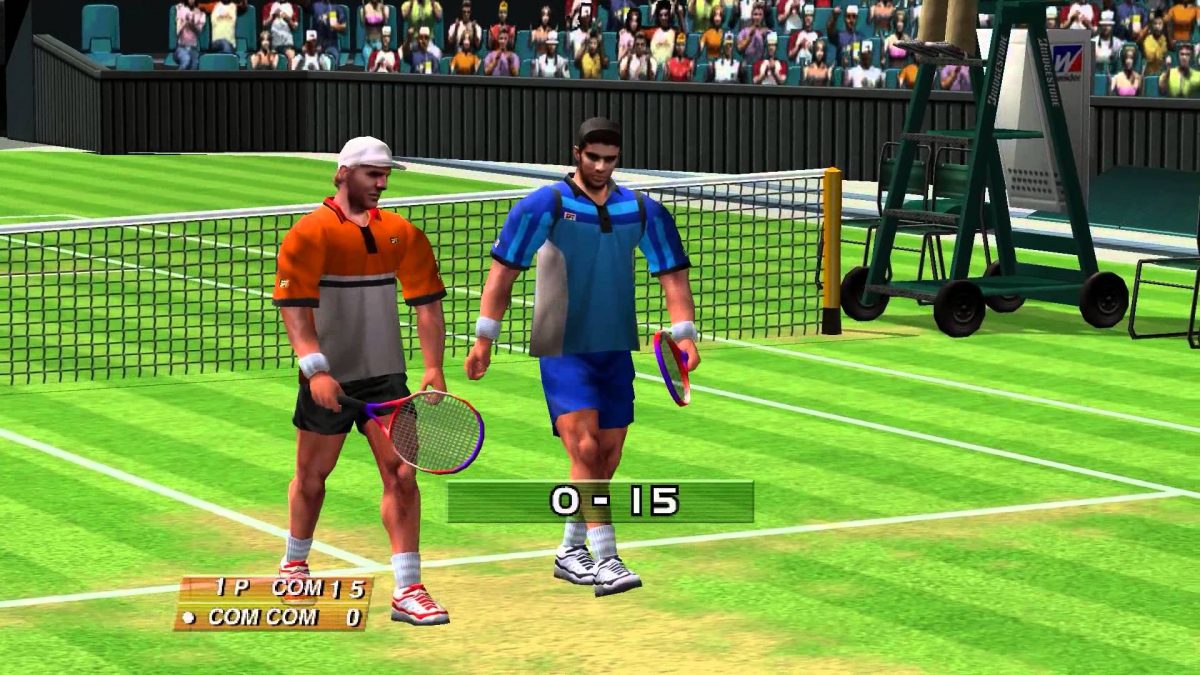 Hitmaker were at it again and again during this period. Virtua Tennis was an arcade *ahem* smash, and one of the best sellers for the Dreamcast, early doors. Its sequel amps everything up, with more playable characters; a new slice shot; better visuals; and on the Dreamcast, a staggering single player World Tour mode that is chock full of super-addicting mini games. It allowed you to level up the stats of your created characters and take them along for a calendar year of tennis tour events. It plays like an absolute dream with a great learning curve and that superb balance between arcade fun and real-sports sim. Essential. 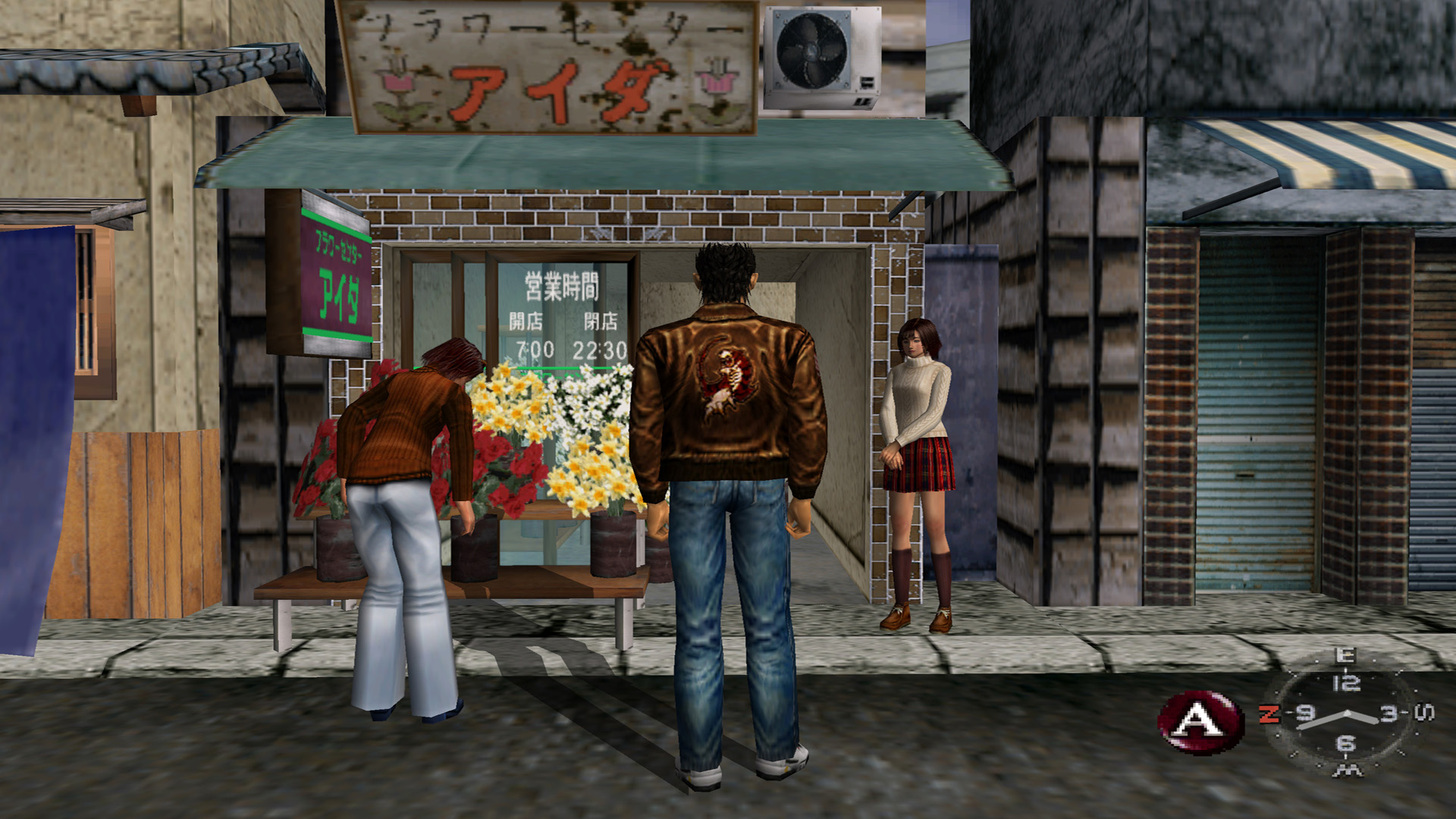 If one game summed up the glorious failure of the Dreamcast, then it is Yu Suzuki’s epic labour of love. Costing an arm and a leg to make, the finished product remains a stunning achievement that has influenced modern gaming in many ways. It has also spawned loads of excellent sailor-based memes. Pioneering the open worlds that we now take for granted across many platforms, Shenmue is a slow-burning revenge movie played out in an approximation of real time. There is so much to discover in its charming world, including entire versions of previous Suzuki arcade classics; some ace knock-down; drag-out brawling using a version of the Virtua Fighter engine; a cool as hell Timex watch; and a cocktail-guzzling Santa. Credited with initiating the trend in QTE scenes in gaming, it is perhaps the ultimate flawed masterpiece. I see. 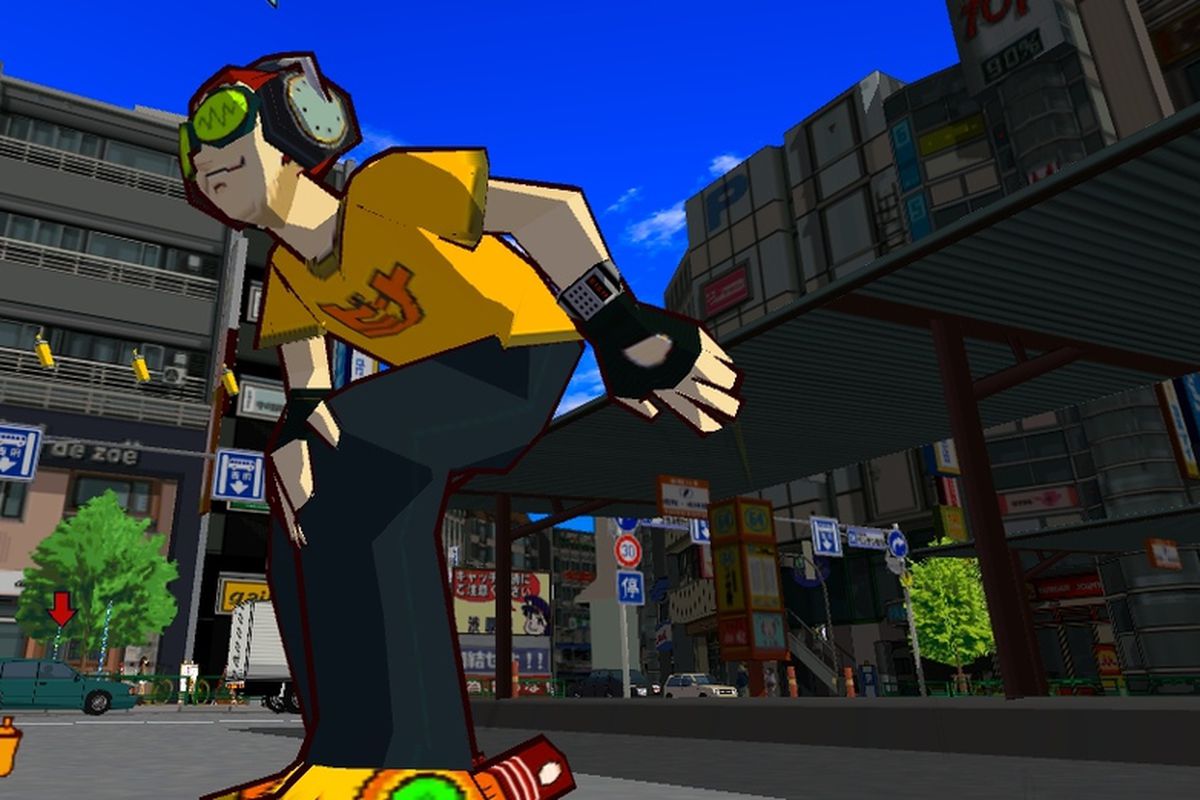 Smilebit formed out of the ashes of Team Andromeda, and their follow up to Panzer Dragoon Saga couldn’t have possibly been any more different! Best described as a cross pollination of Tony Hawks (which, I may add, still plays like a dream on the DC) and Crazy Taxi, this cel-shaded masterpiece sees you grinding your way around a Shibuya-influenced urban landscape, tagging rival gang territory, and indeed rival gang members themselves. It featured design work from seminal Style Wars graffiti artist Eric Haze, lending it an artistic credibility few games can claim to match.

Like most cel-shaded fare from this era, it still looks amazing, and the gameplay holds up just as well. There are a few differences across the regions to note. Some American-themed stages were added to the US release, along with a few nu-metal tracks from the likes of Rob Zombie somewhat incongruously shoehorned in. In Europe, we received the welcome addition of a couple of bangers from legendary Beastie Boys affiliate Mixmaster Mike and chill old school rap crew Jurassic 5. 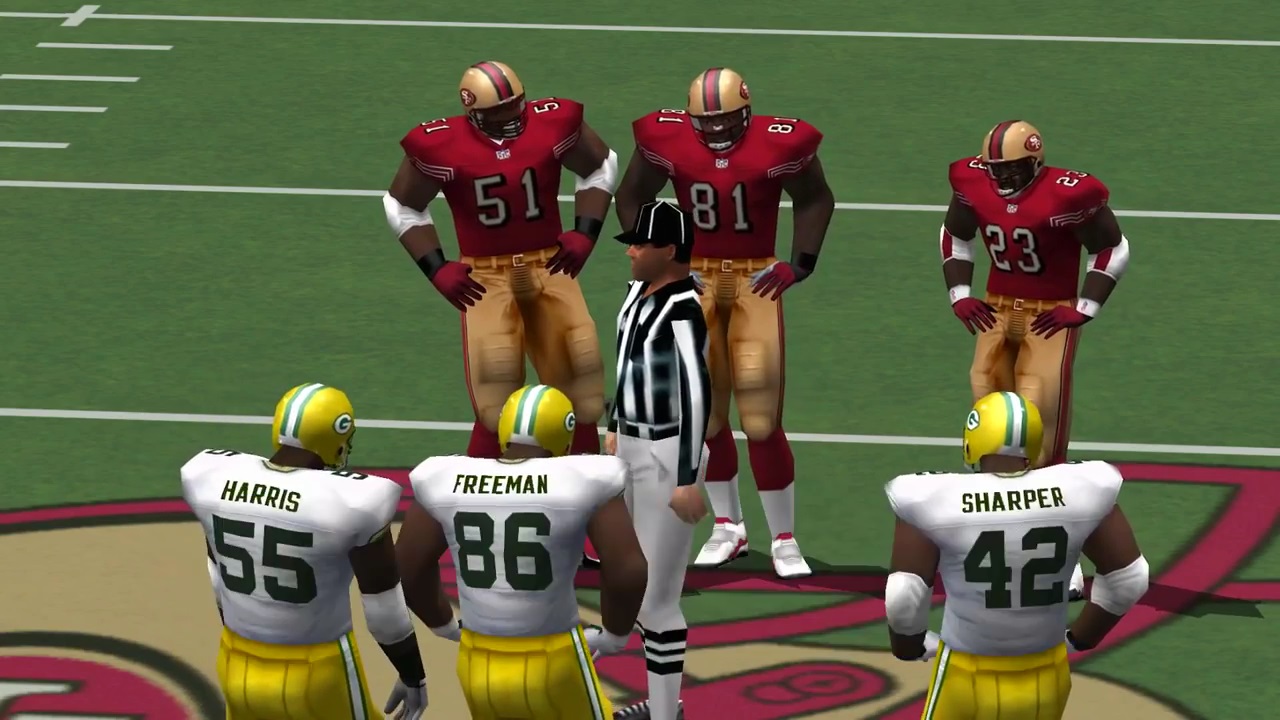 Visual Concepts had form for developing sports titles for the 16 and 32 bit generations. These included instalments of the all-conquering Madden and NHL juggernauts. For many years, EA were the only show in town when it came to pigskin, but that changed in 1999 when Sega obtained a licensing deal with the NFL. It let them have a crack at making a gridiron title for their powerful new console. During the Dreamcast era, the 2K series absolutely handed John Madden his ass. The first game was a sensation, but the ultimate pure sports sim on the ‘Cast is the 2K1 iteration, which improved on every aspect of its predecessor and gave us an NFL game so tasty that some fans swear by it to this day, with well populated servers still up and running.

CHECK THIS OUT: Far Cry 6 is bigger and better than it’s ever been before | Our review 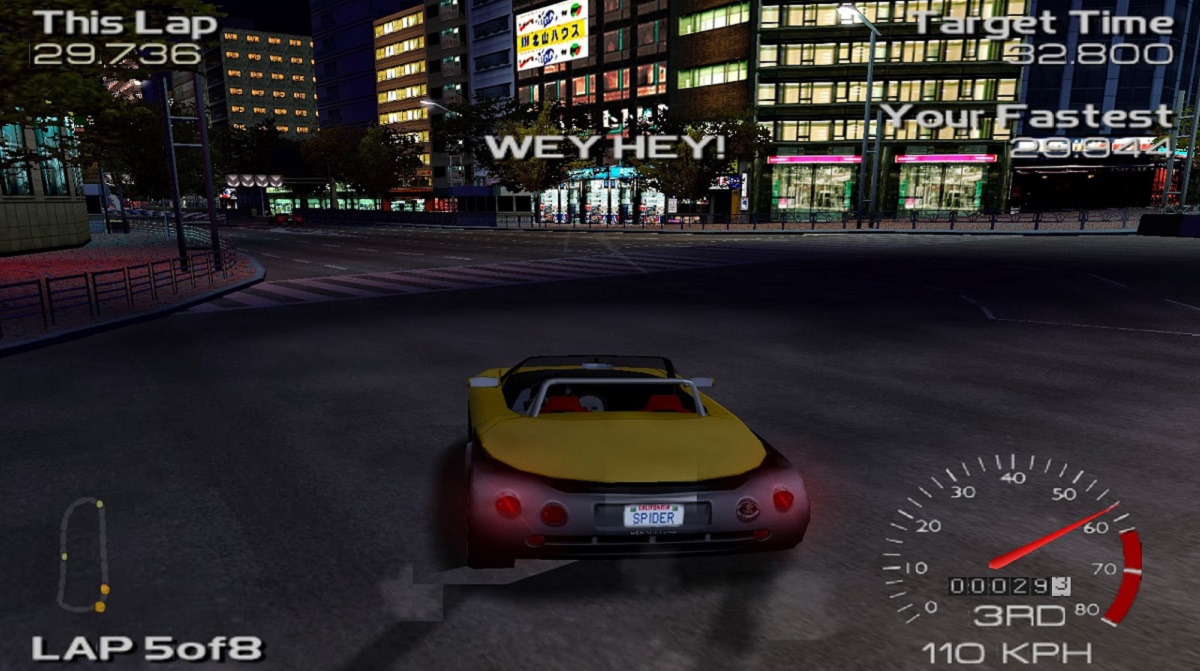 The spiritual successor to the excellent Project Gotham racer franchise, Bizarre can lay claim to the best arcade driving sim on the Dreamcast. With an economical but terrific selection of cars, a points scoring system that awards “kudos” for style, and some wonderful real-life street racing venues, this still looks and plays like a dream all these years later. There are so many cool touches, such as the way the console will pick up the time of day you are playing and will reflect that in-game, the proto-open world feel, and the radio stations you can select, curated by Richard Jacques.

The king. If you know, you know.
MORE LIKE THIS
bizarre creationsCapcomCrazy TaxiDREAMCAST