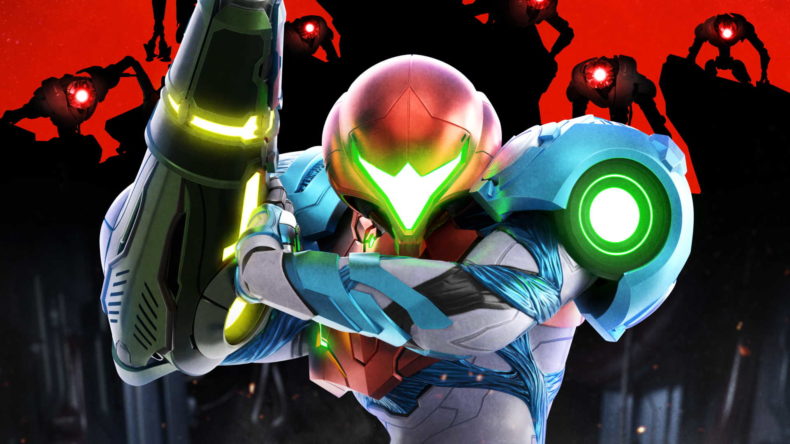 It’s easy to forget when playing Metroid Dread that this is part of the genre referred to when people say the phrase “MetroidVania”. An entire genre via a combination of two game series, and we’ve finally got a brand new 2D one. Not a remake, not a reimagining, a new Metroid. A canonical 2D entry into the series that helped start it all, and boy, the ramifications of the story here (which won’t be spoiled) are interesting for what lies ahead. Oh, and Metroid Dread is absolutely phenomenal.

There will be trepidation due to the developer, because the last time MercurySteam took on the genre it was Castlevania: Lords of Shadow – Mirror of Fate, which I quite enjoyed, but others didn’t. Make no mistake, Metroid Dread is as polished as they come, and the co-development with Nintendo has resulted in one of the best games of the year, only falling short of full marks due to a couple of issues we’ll get into later.

Before there was Ori, before there was Hollow Knight, there was Samus Aran, and taking control of the bounty hunting superstar feels incredible. That’s the most important thing right away: in an era where modern takes on the genre feel tight and responsive, Metroid Dread is up there with the best of them. It takes the best of the modernisation of the genre, but stays true to its roots. Oh, and on that note, some of the audio and music is going to send shivers down the spine. 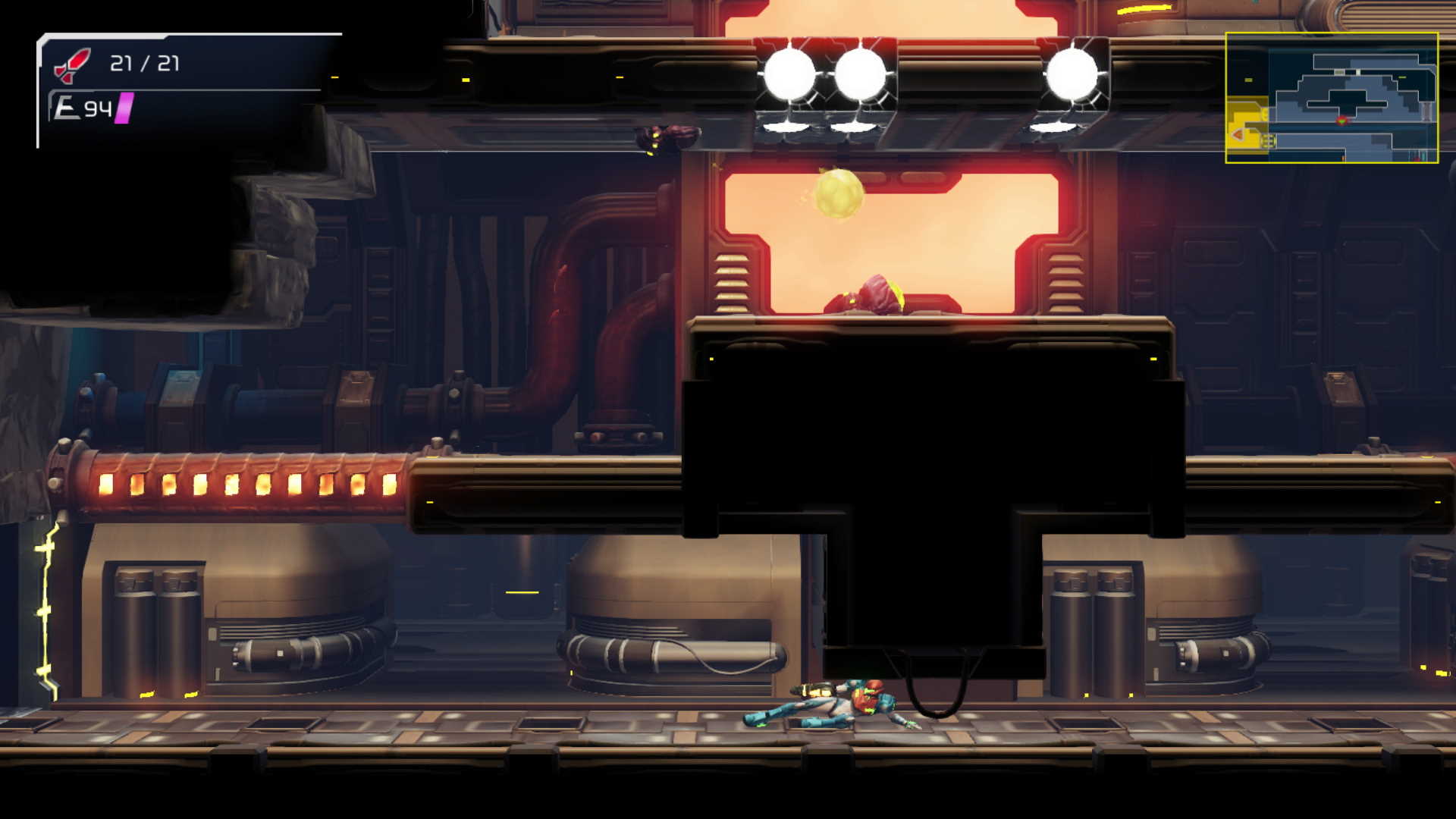 As you progress through the (large) game world, you’ll find abilities that strengthen Samus, and they all feel intuitive and well mapped, controller-wise. It’d look like gibberish if I tried to explain how holding that and pressing this activated that, but you could also do this while that is activated. See? Gibberish. The important thing is that all the actions and button commands make sense, are memorable, and become second nature. There’s a reasonable explanation for why Samus has to regain the abilities lost, but again, I won’t be spoiling a thing here.

The only issue with how the game controls is when rolling up into ball form. I found activating it would sometimes be a little finicky, but it’s more that once you’re into ball form, getting out while trying to avoid a boss can be tricky as, well, a lot is going on. There’re so many boss battles in Metroid Dread I lost count, and they range from the easiest to the spectacularly hard bullet hell style encounters. If there’s one thing people have complained about in the past, it’s that the series is a bit too easy: that has been rectified, and how, here. 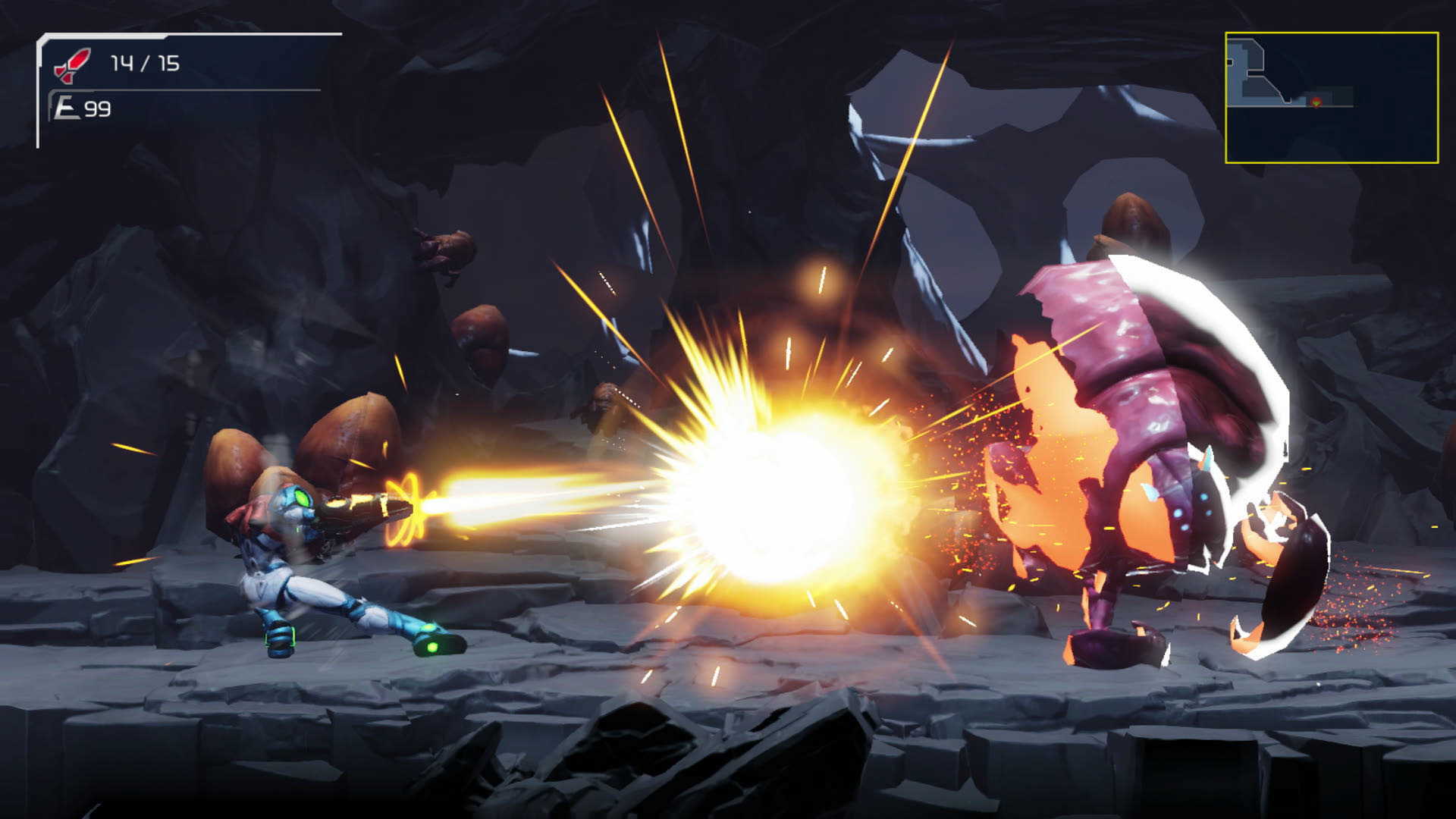 It’s actually to its detriment, as the boss battles are sometimes massive difficulty spikes. Towards the conclusion there were battles I knew how to win, but still took double digit attempts to actually beat. More than that, there are certain battles that start to get slightly repetitive as Metroid Dread starts to close out. Narratively it makes sense, but when you are fighting the same exact boss you just fought, only it takes more damage this time because it’s a different colour, I don’t know, but it didn’t feel necessary. The game would still be great, and a good length without the repeat encounters.

I suspect that people will assume I’m talking about the “Dread” part of the game, with the E.M.M.I. encounters that have been shown throughout the lead up to release. In fact, these feel like excellent parts of the game. You do gain abilities that help you traverse through “EMMI” areas that are patrolled by the gone-rogue, ultra-difficult robots. At first, you cannot kill the EMMI robots, and the soundtrack and tension is almost unbearable. It’s terrifying navigating through these EMMI zones knowing that if they grab you, it’s over. 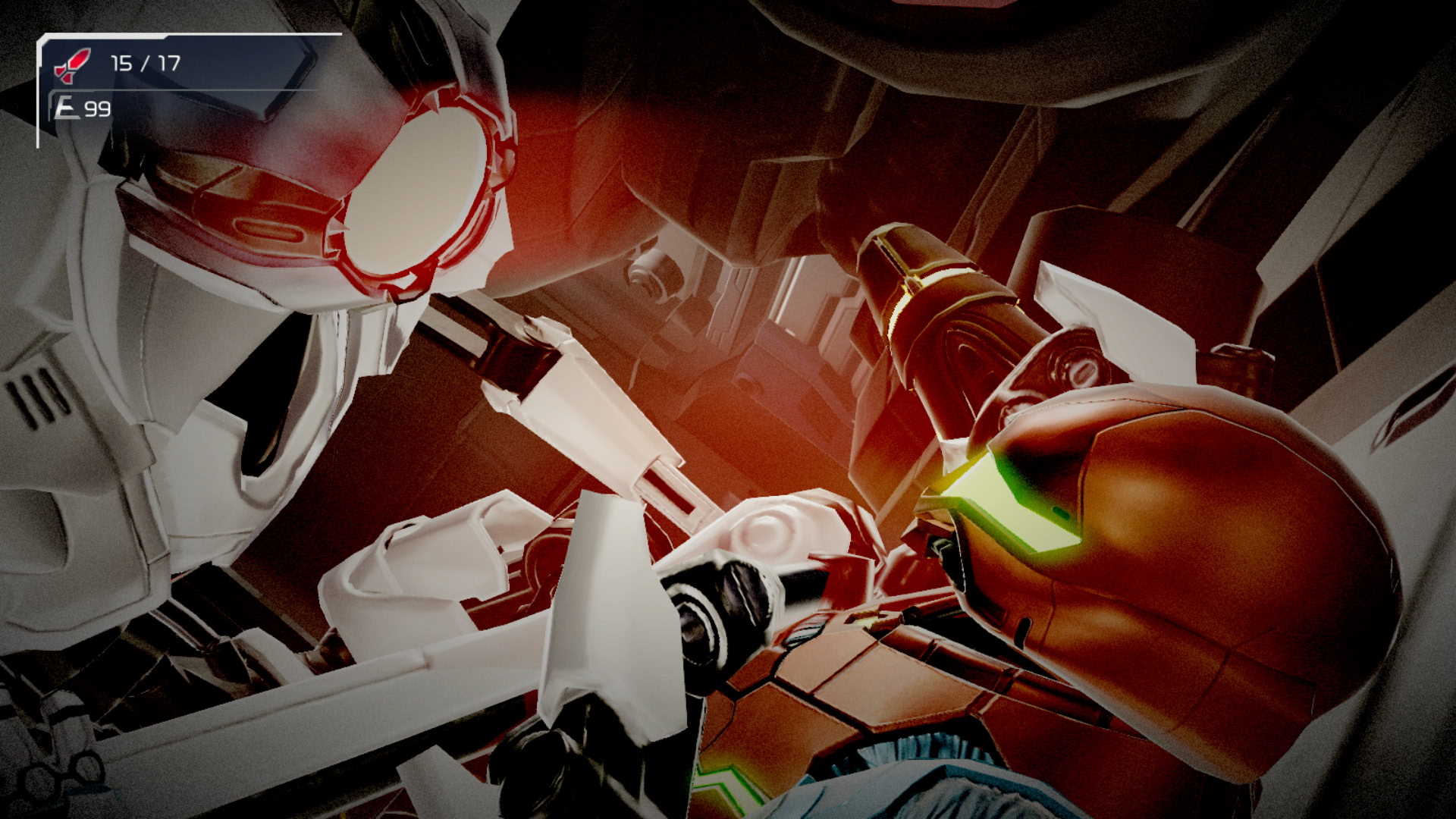 There is a small parry window if an EMMI grabs you that allows you to escape, but it’s tricky and I never got it down to a fine art, failing as often as I succeeded. If you do time it right when caught you can escape, but they’ll just come again. Instead, you must locate the mother brain and destroy that, which enables your temporary Omega Blaster and Omega Stream. One is like a machine gun that essentially opens the EMMI up to being destroyed, while the charged Omega Blaster will take the robot out in one, allowing Samus to absorb its power.

This might sound repetitive, but every area has a different kind of EMMI robot with a different skill. Once you do find your way to the mother brain to unlock the Omega powers, it becomes almost puzzle-like. The second you have the power to put an EMMI down for good, they know exactly where you are and will constantly hunt you down. Instead of patrolling the area, now you’re like an alarm going off running through their zone. The environment means you have to work out how to find a spot to take them down, and again, towards the close of the game this gets fiendishly difficult. 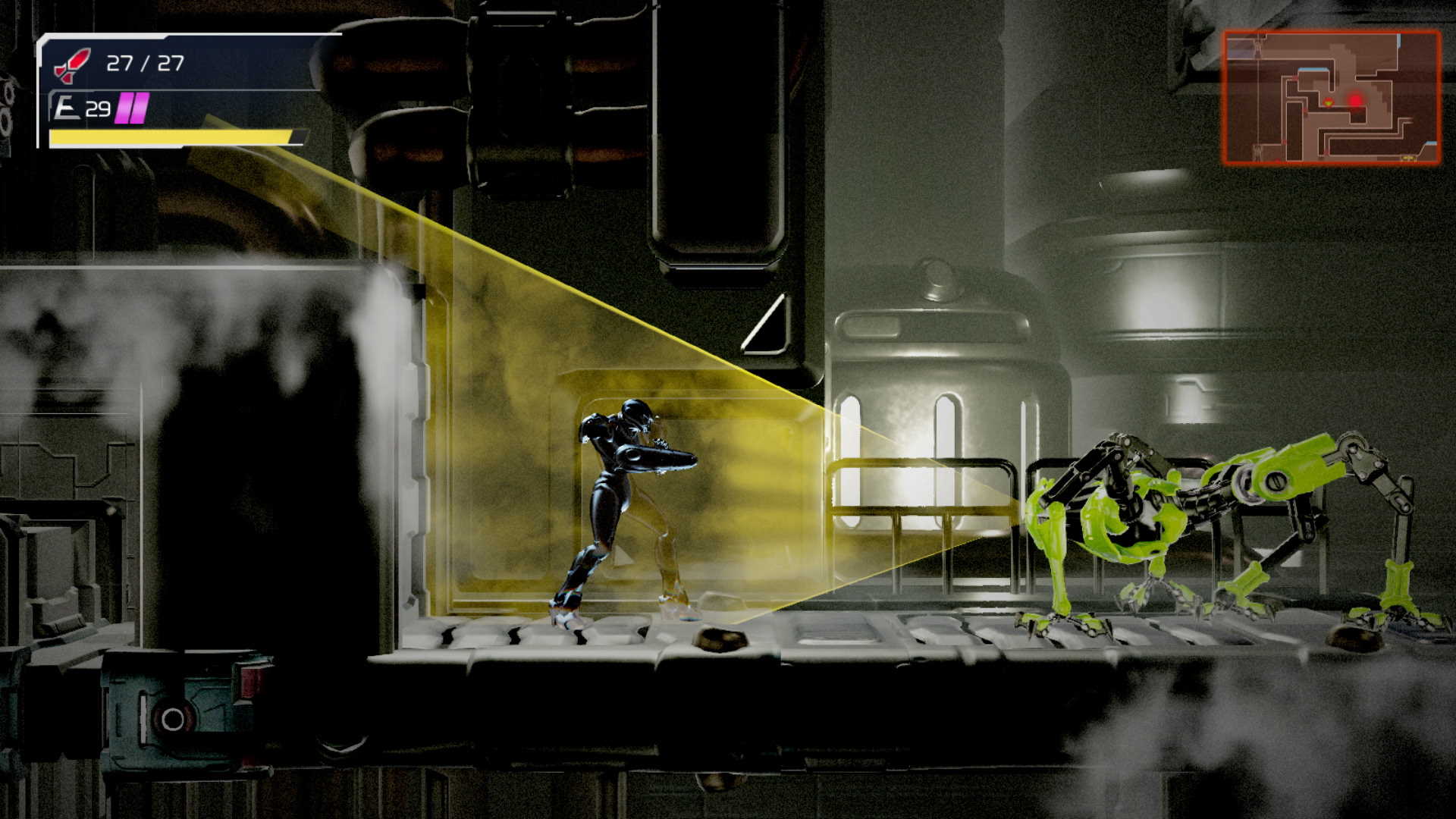 You might notice I keep referring to things “towards the end of the game”, and that’s because for the most part, Metroid Dread is just an absolute joy to play through. Even bosses that you encounter along the way can take many attempts to take down, but it’s almost like that “other” series we won’t mention: you know how to do it, you just have to execute it well. Of course you can grab additional missile upgrades and more health as you progress, but the last stretch feels like a war of attrition.

One of the best games of the year

I won’t get into the exact nature of why, but after what felt like, frankly, one of the best experiences of the year, the close of the game made me feel cheated. Not story wise, but combat wise. There are abilities around the mid-to-late game that trivialise the standard enemies you meet as you travel through the world, and that feels like the reason the bosses come so thick and fast at the end. I haven’t put a game down out of frustration in a long, long time. But there was one boss where I truly had to decide to try again tomorrow, or the new shiny OLED Switch would have gone into a wall. It’s unnecessarily hard, demanding precision that hadn’t really been required (aside a few parry-style moments, which is back from Samus Returns) on such a continuous basis until that moment.

But the last hour or so of a game can’t sour what is otherwise one of the best examples of the genre I’ve played in many years. Thanks to when it takes place, the story is a long overdue addition to the lore, but honestly, the best thing I can say about Metroid Dread is that it made me want more of this type of game, and I’d be happy to wait for Prime 4 if we get more 2D action this good.

Metroid Dread is nearly the perfect return for Samus, and only some difficulty spikes rain on the parade. This is a tight, responsive 2D Metroid experience that constantly impresses and surprises in equal measure and is the perfect way to launch the new Switch model.

Raiders of the Broken Planet gets new video focussing on Alicia