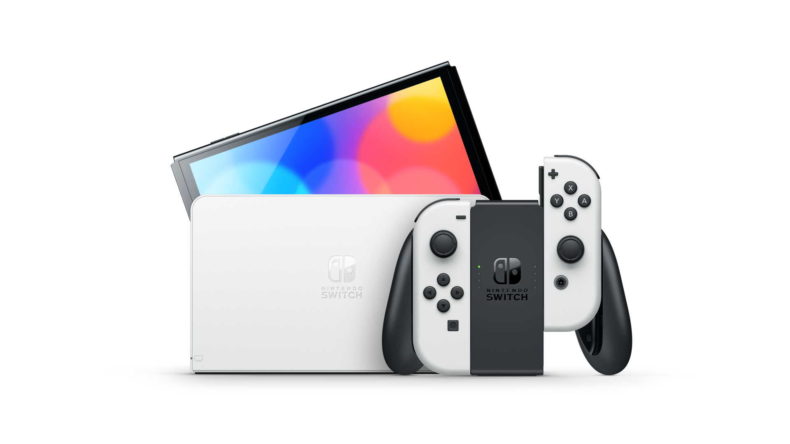 Let’s start with a confession: up until the Switch OLED arrived in my possession I would avoid playing games in handheld mode as often as possible. I am getting on a bit, and have always found the Switch screen to be simply too small for the kind of game I enjoy playing.

I don’t mind a bit of Super Mario Maker 2 now and then, or even some Super Mario 3D World + Bowser’s Fury, but generally, once you get into it, I’d rather sit on the sofa with a big TV and a controller. And maybe you’ll have picked up on it, but I said “up until the Switch OLED arrived”, because boy howdy does that screen sing.

But right up front it’s worth explaining that if you never ever play handheld, the Switch OLED might change that due to how vibrant the screen is, and the size itself. But there’s only really something here for you if you need to have the latest tech, or have a very old model Switch and have been waiting to upgrade for a better battery. The OLED model has the same battery life as the newer models, which is almost double that of the launch consoles, so that’s something to consider.

Elsewhere, the upgrades are all about handheld play, really. It’s not a Switch Lite model, and can be docked to the new OLED dock or the old original black docks no problem, but it does feel designed as an upgraded handheld Switch. 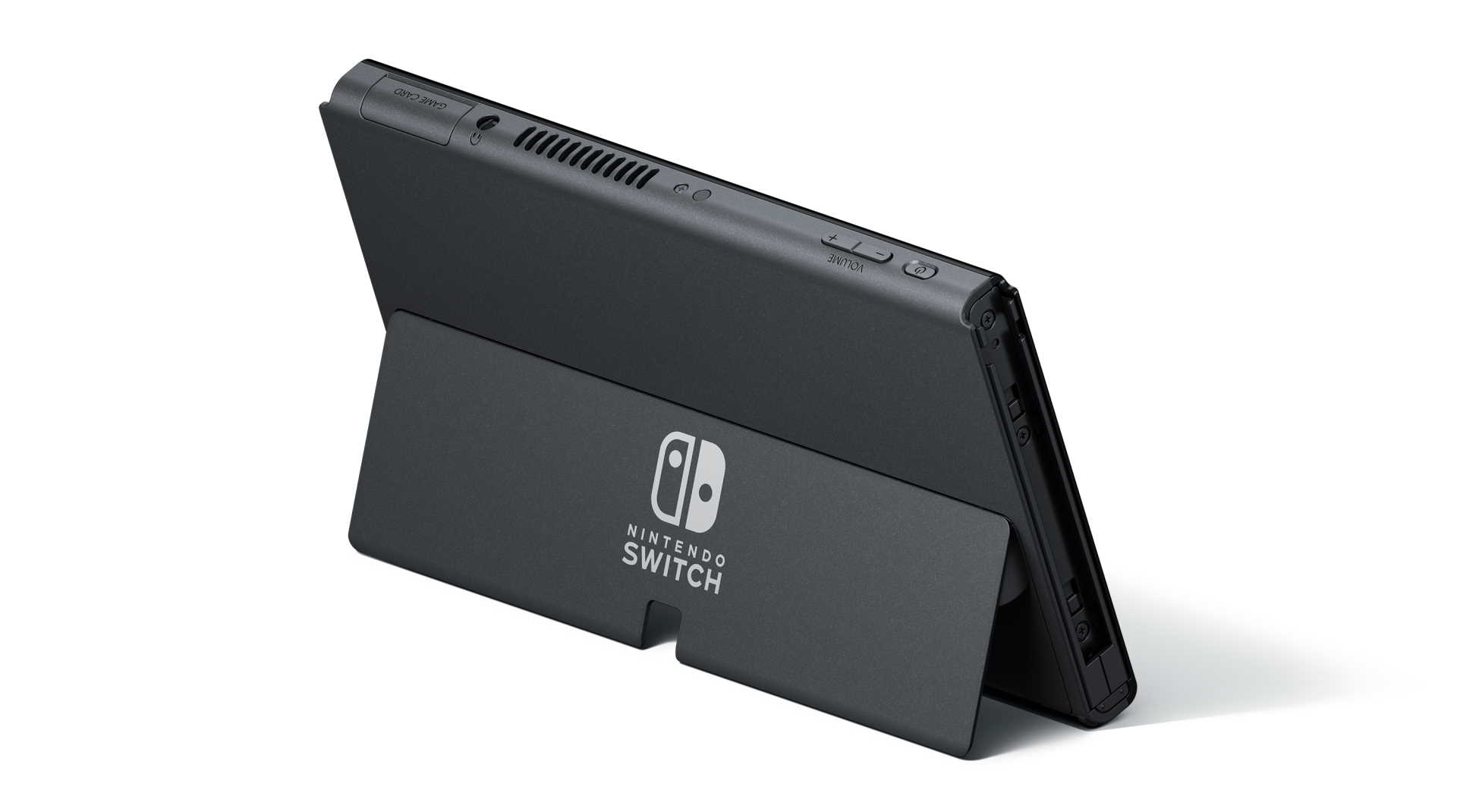 It’s incremental, sure, and the Switch Joy-Cons are the same as you’d have already, only they are white. It feels ever so slightly different to hold due to the stand being dramatically different, and actually working. Now, instead of a flimsy sliver of plastic, the stand is the entire length of the console itself and fully adjustable to provide whichever angle you want to view from. Again, it actually works, and thanks to the increased screen size I feel like for the first time I might even pop the thing on a table and sit playing with other people when the TV is busy.

The speakers are another dramatic change. With two front-facing speakers, not only is the audio far clearer with better mids and lows, but it’s louder. The volume on this thing now can go seriously loud, and while playing through Metroid Dread I had to have the volume pretty low so as not to interrupt the rest of the room. Obviously with the latest console firmware you can also now connect a Bluetooth audio device to listen quietly and wirelessly (though Nintendo warns of latency), and though this isn’t a feature exclusive to the Switch OLED model, it’s a nice addition overall. 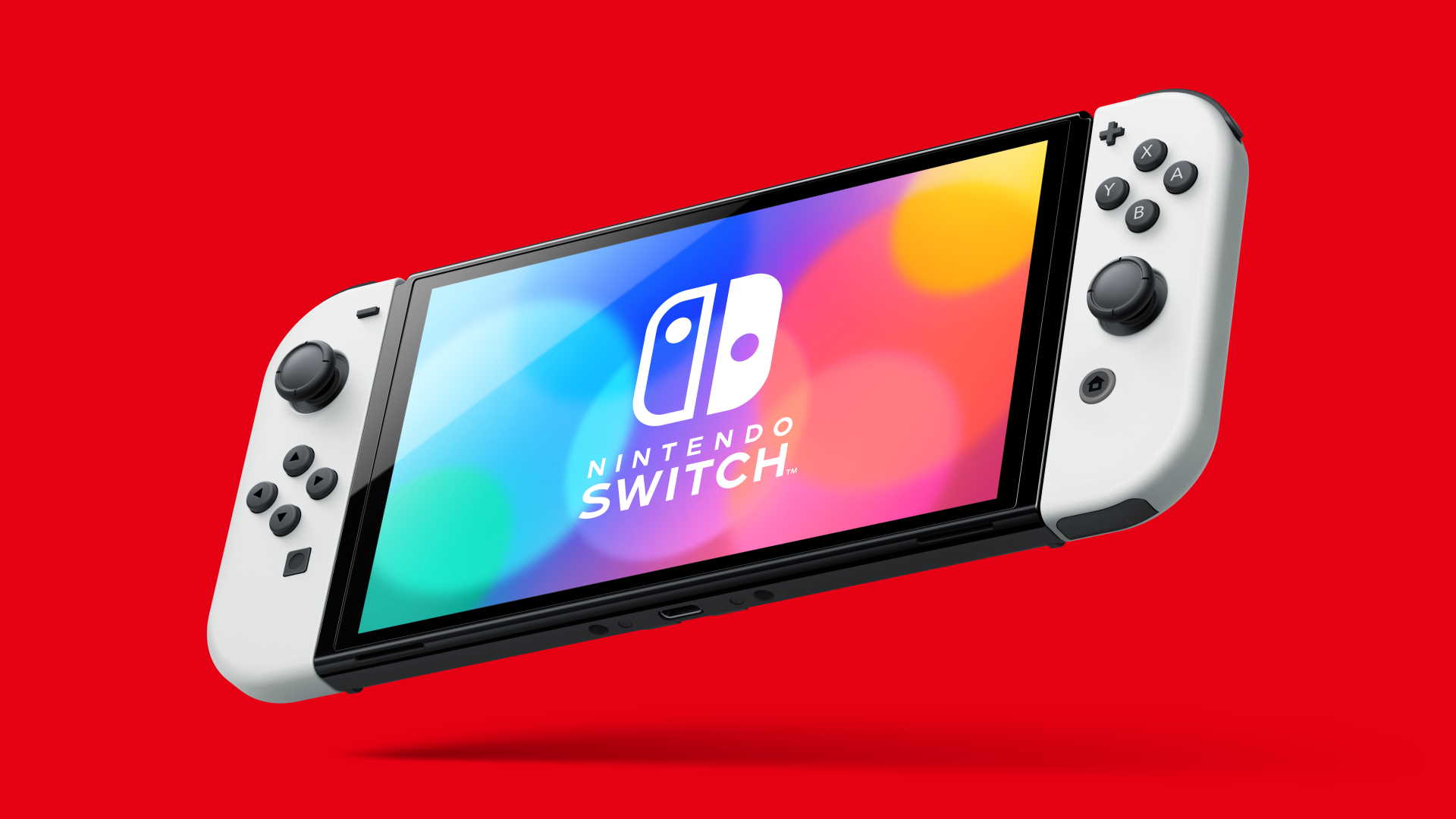 The screen, then, is the biggest draw here. I was convinced going in that nothing could turn me from the slouching couch gamer to a handheld player. I started Metroid Dread on the TV because I needed to grab some footage for our video review, but then I decided that I really ought to test the thing in handheld mode since that seems like the entire point of the OLED. Days later, I had played Metroid Dread as often as time would allow me. You can read the review to find out more about that game, but suffice to say if you think the footage of the review is mostly early game, that’s because it is, and I moved to handheld and never looked back.

Let me allay fears here: there is no “stretched” feel to games on the Switch OLED. It isn’t like the 3DS models where the XL was forcing an already low-resolution image to be just that bigger. The Switch is running at a HD 720p resolution, and the increased screen size is from the original 6.2 inch LED to a new 7 inch OLED screen. Importantly, the Switch console itself isn’t made bigger to any perceptible feeling due to the larger screen. Instead, the OLED pushes the bezel of the console right back, and combined with the added visual fidelity created by the better colour accuracy, improved contrast, and just better image quality, makes it feel larger than a 7 inch screen. 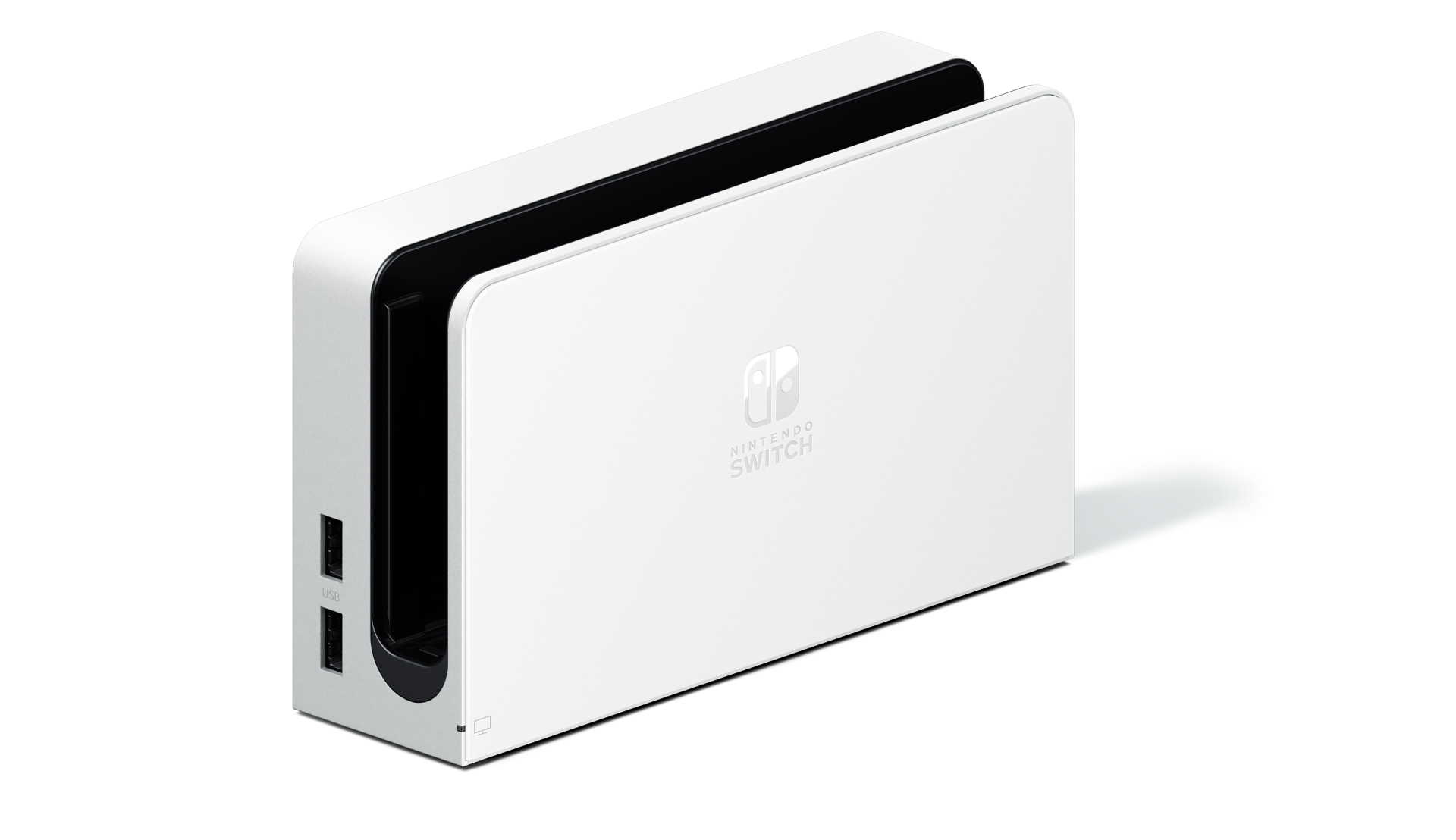 The OLED screen makes games pop, it really does. Nintendo is famed for its colourful visuals and child-friendly graphics, and they play into an OLED screen so well. Super Smash Bros. Ultimate looks better than ever, as does Mario Kart 8 Deluxe, WarioWare: Get it Together!, and of course, Metroid Dread. It’s one of those things that almost has to be seen to be believed, and as cynical as I was going into things, I truly do think I will play games in handheld more often. I use an OLED for gaming usually anyway, but sometimes the way games upscale when docked can cause a crispness to be lost, whereas on the handheld OLED at 720p, the resolution not being 1080p isn’t noticeable on a 7-inch screen, but it looks sharp.

More storage, but still not enough

On top of all this you’ve got a console that comes with a better-but-still-not-enough 64GB of on-board storage, instead of the paltry 32 the original models came with. You’ll still need to buy a MicroSD card for your OLED model, but maybe not quite as quickly. There’s also an ethernet port on the dock at the expense of the third (rear) USB port. Now I rarely used my dock for anything USB, so your mileage may vary, but given the choice, I’d prefer having ethernet to not having it, especially given how slowly games can download via Nintendo’s network.

Ultimately, yes, it’s an incremental upgrade on the previous model, and perhaps also the model that should have launched to begin with. The stand is fixed, the audio is better, the screen is glorious, and if you are one of the three people in the world to not own a Switch yet, the OLED is a no-brainer. It will be my Switch of choice for the foreseeable future, and if you play a lot in handheld mode, I’m confident you’ll get your money’s worth out of it. For docked-only gamers, this is only worth considering if you want the new shiny tech, but do know you’re missing out on how damn good that screen looks in your hands.