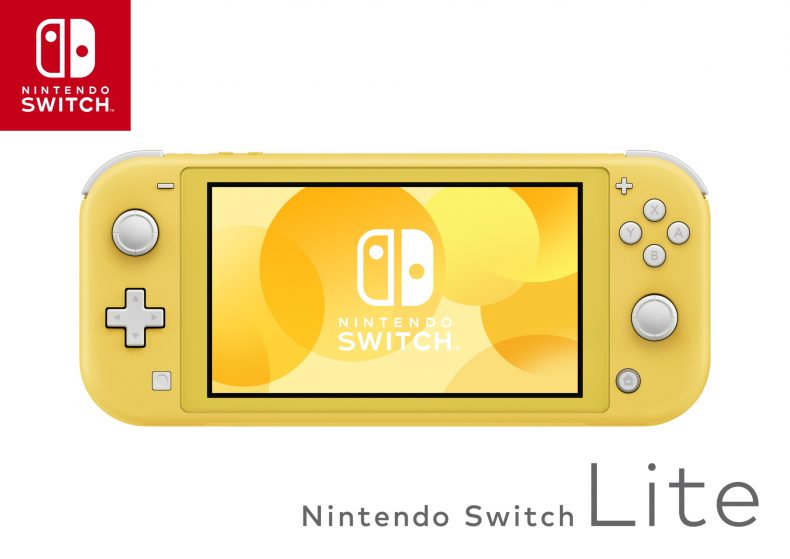 Do you want a Switch Lite? That’s one of the questions that has lead you to this point. You already know the answer, though, and you’re hoping I’m going to tell you things to make you move the cursor away from “Buy now” and to the PlayStation cross button in the top right of the browser. You probably aren’t going to like this then, because the Lite is probably going to be my main Switch from now on.

But before we get ahead of ourselves, it’s important to realise what the Switch Lite is and isn’t. It is designed to compliment a household that already has a regular Nintendo Switch in it. It’s designed for families that like to play Animal Crossing together, or waltz through the latest Pokemon title story alongside one another. It’s designed for those who don’t care about video capture (though one wonders if a device will come out that enabled it via USB-C), and it’s certainly designed for those with weak wrists, because it’s beautifully light – hence the name, possibly.

That isn’t to say that if you don’t already own a Switch then you should never consider this, but these caveats are vital when making a choice about being a single Switch household. It’s roughly £80 cheaper, for starters, and you can play most of the current lineup of Switch corkers. Super Mario Odyssey, both Zeldas, Mario Kart 8: these all work just fine. Even Fire Emblem: Three Houses is entirely fine on Lite, even if the small text is slightly smaller due to screen real estate. However, Super Mario Party isn’t going to work. You need Joy-Cons for that game, and even if you had them, then you’re playing on a small screen with no kick-stand, and honestly, after the cost factored in, just get the regular Switch. What you’re looking for is the “handheld mode” icon that tells you a game is supported. Currently the ones I know that don’t work are: Super Mario Party, 1-2-Switch, Just Dance, and Nintendo Labo (obviously).

I tend to play with the Switch right up in my face anyway when I’m using it in handheld, so the smaller screen isn’t much of an issue to me. The (touch) screen shrinks from 6.2 inches to 5.5, so it’s not a huge drop, but the battery life is roughly an hour longer than the original Switch model, but less than the newest model. Nintendo say it’s approximately 3-7 hours on Lite, which I’d say is pretty much the case, but as with the original model, your mileage may vary depending on what game you’re playing.

Whichever model you look at, though, the Lite is aesthetically pleasing. My yellow unit doesn’t have quite the shine it has in the marketing materials, but what more than makes up for this is how comfortable it feels in the hands. It’s so light, and that’s the main reason it could well become my main Switch. The D-Pad could still be improved, but the triggers and bumpers are surprisingly easy to get to, even with my big hands. The buttons have changed from the firmer, more clicky ones found previously, to a squishy feeling found on a Pro Controller or DualShock 4, etc – and I’d guess that’s because they cannot be detached, so don’t have to have dual functionality. Keeping with the “small” theme, the box is tiny, but then it only has to house the Switch Lite and a plug to charge it with.

Much has been said about the Switch and its WiFi speeds, and my original review unit seems to take an age to download games. This Lite, however, seems to have changed my luck. I grabbed over 15GB of games in around an hour. It may be luck, it may be a better WiFi chip – I genuinely don’t know, but I wanted to report it just in case.

Finally, the important thing to know is that playing on the same account as you have on an older unit is just fine. You simply login and play. Much like with a PS4, you can set an account to be “home” which allows any software to be played on it. My home is the original console, which means every time I play a game on the Lite, it has to do an authentication check online. This takes seconds but does require an internet connection – if that’s an issue, you could set the Lite as home as it’s more travel friendly, or tether to a mobile device. Cloud saves (when supported) work well, too. I downloaded my save for Super Mario Maker 2, Fire Emblem, and Link’s Awakening and it picked up exactly where it left off. It might be damning with feint praise, but this actually works just as it should – and just as others do. The only improvement I’d like is for Switch to ape Xbox’s cloud save, whereby it automatically syncs to the last save, but then, I know others prefer having access to the backups.

So what we’ve got then, is a companion Switch in the Lite. It may seem a luxury, but given how many people ended up with multiple 3DS/2DS consoles, it’s playing it fairly smart for Nintendo to put the Lite out there now. With Zelda hitting and Animal Crossing on the horizon, I’d wager more than a few Nintendo fans will be wanting to have their own Switch and not share. If you aren’t fussed about video capture and if you play mostly handheld already, the Switch Lite is exactly what you expected it to be and very Nintendo: it’s strange, but so, so good.