WarioWare: Get it Together! review

What do you want from WarioWare: Get it Together? It’s an important question to answer, really, because while Nintendo’s first Switch WarioWare title is exactly what I wanted, it’s not necessarily going to be that way for other people.

First and foremost, it’s a return to the simplest of micro-games that the series excels at. Aside from boss stages, no single micro-game took more than a few seconds to play, even in co-op. In fact, to be completely honest, co-op almost needs to be said in inverted commas, because the temptation to troll your friends is almost too much.

WarioWare: Get it Together: Bugs, but no bugs

More on that in a bit, however. This time around, Wario has designed his own game (and console, by the looks of things) but it’s riddled with bugs. He and his friends are sucked into the console and slowly discover that each of the levels they individually designed are bugged and need cleaning. This serves as both a nice way to segment up the levels in a themed fashion, but also a good way to introduce each playable, pickable character, all of whom have their own individual control methods. 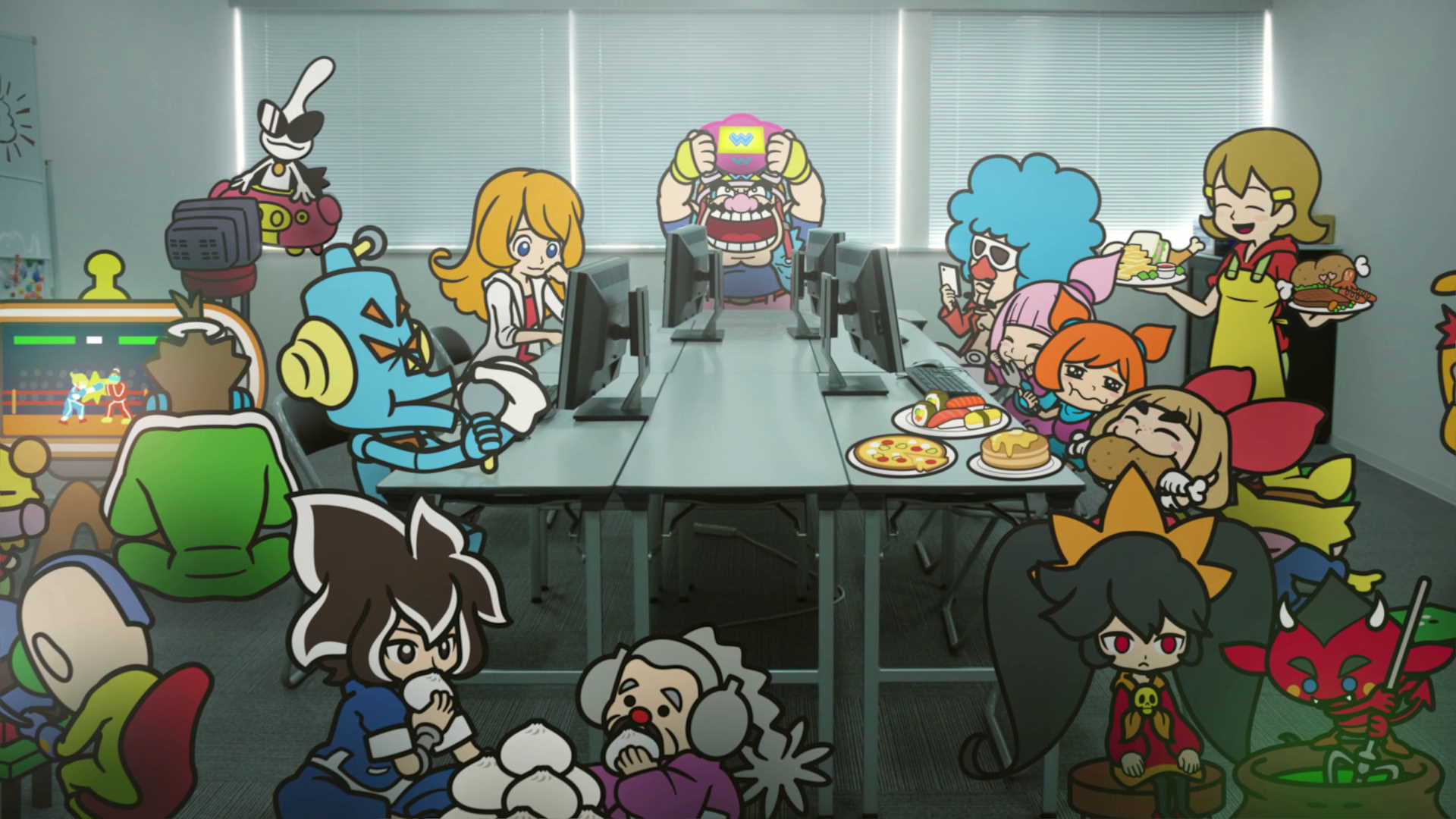 And that’s where I think WarioWare: Get it Together’s Marmite effect may come into play. Those of you who wanted a collection of fun micro-games that involve touch, blowing into a mic, and more of that ilk, are maybe going to be surprised. Instead, every single playable character has simple controls based around the movement stick and an action button.

Everyone is an individual

Wario, for example, moves freely with the stick, but the action button smashes him into the direction he’s facing for a bash attack. I don’t want to spoil anything about any other characters that appear, but there’s a good variety and some incredible fan-service, and every character has their own reason to be picked, or avoided. Some cannot stop moving, for example; others can only shoot in one direction; and one can’t move at all. What this means is that every single micro-game plays slightly differently depending on who you have selected. 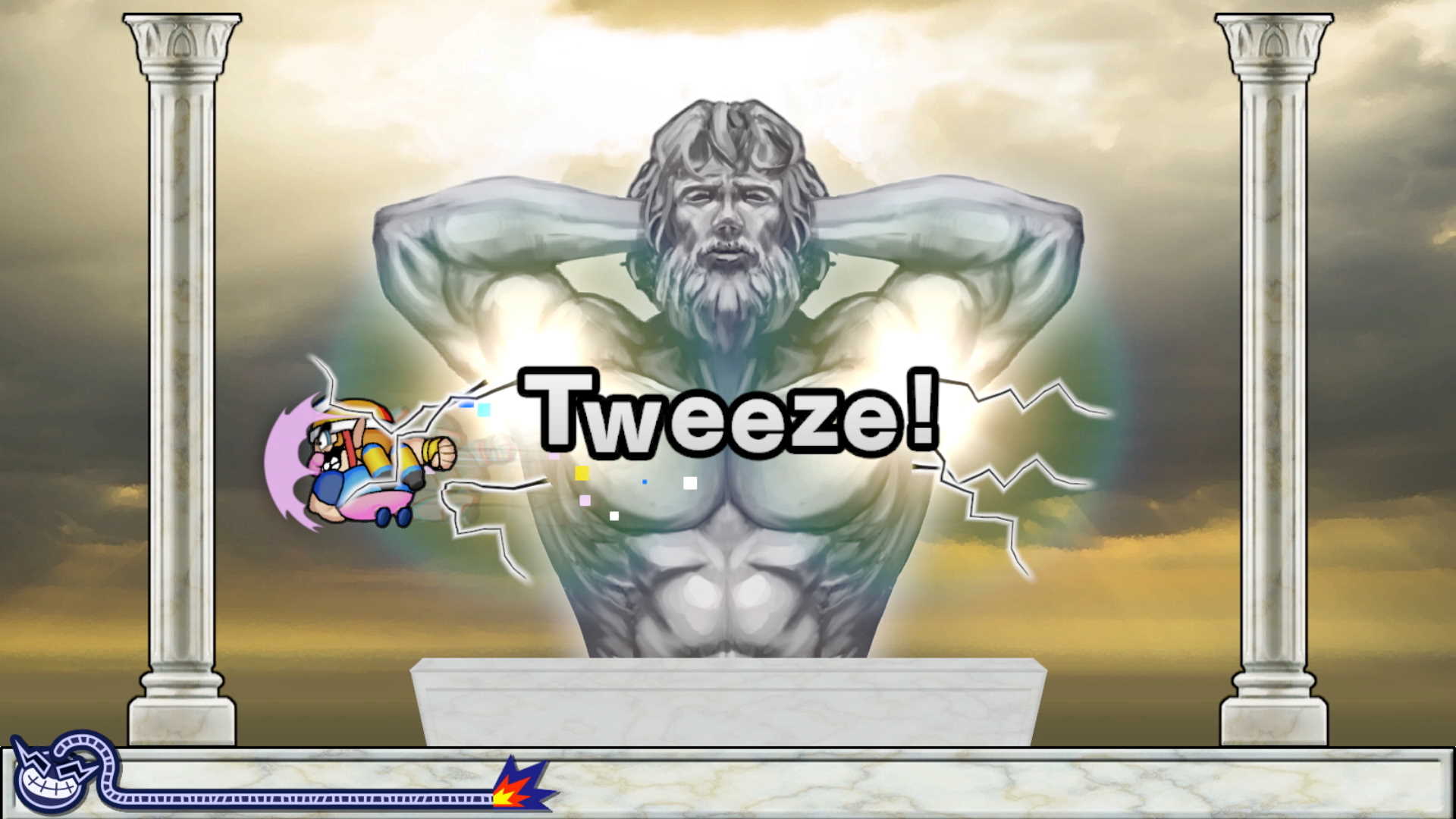 At first, with the campaign, you can select a gang of three. You can ask the game to automatically pick the best characters, and when each new one is introduced you’re given a short tutorial on how they play, then they must be used in that level. After you’ve played it through past the boss battle once, you can replay and it’ll only stop (getting faster and faster) when you run out of lives.

It’s not the longest story mode I’ve ever seen, but it’s deeper than I expected and opens up in a way fans will enjoy. It also offers replayability through the sheer variation of micro-games and the co-op aspect alone. 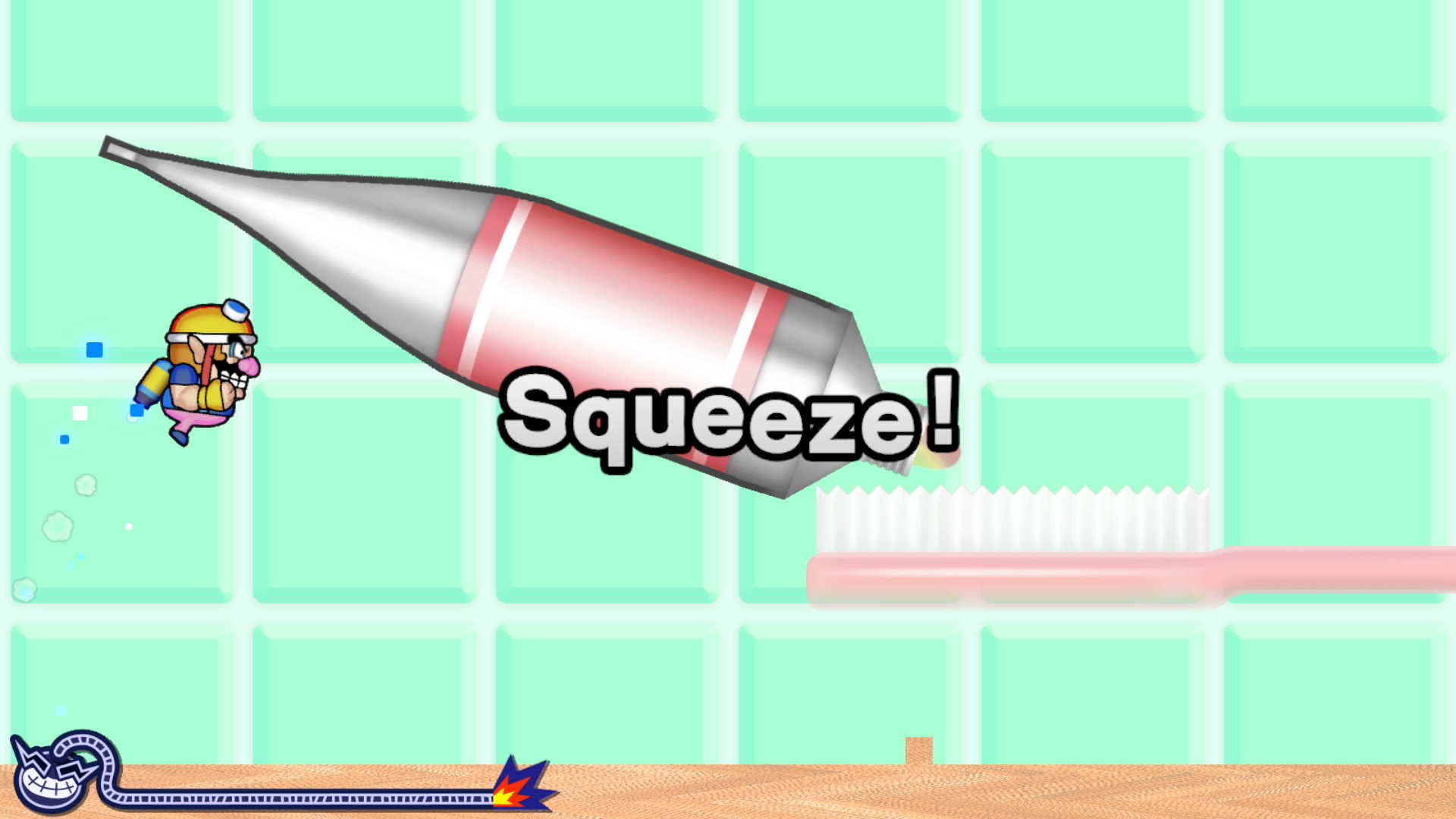 You’ll pick up currency along the way, and you can get more by completing missions that are split into four categories. I’m not going to tell you that this game will last you for aeons due to the fact you can rank up individual characters and unlock artwork and the like, but I do think a genuine effort has been made to make the game last longer than the usual WarioWare title.

Co-op is a blast

There’s no online co-op mode, and I’ve gone back and forth on whether that bothers me or not. On one hand it feels like it should be there, but on the other, I just don’t see how it would work with the speed of the games, and the latency involved. I wonder if it was trialled and just didn’t work, but I think I come down on the side that I’d rather it was omitted unless it was guaranteed to be lag free and perfect. There is ranked challenge mode online with leaderboards, so there’s another reason to revisit the title regularly, at least. 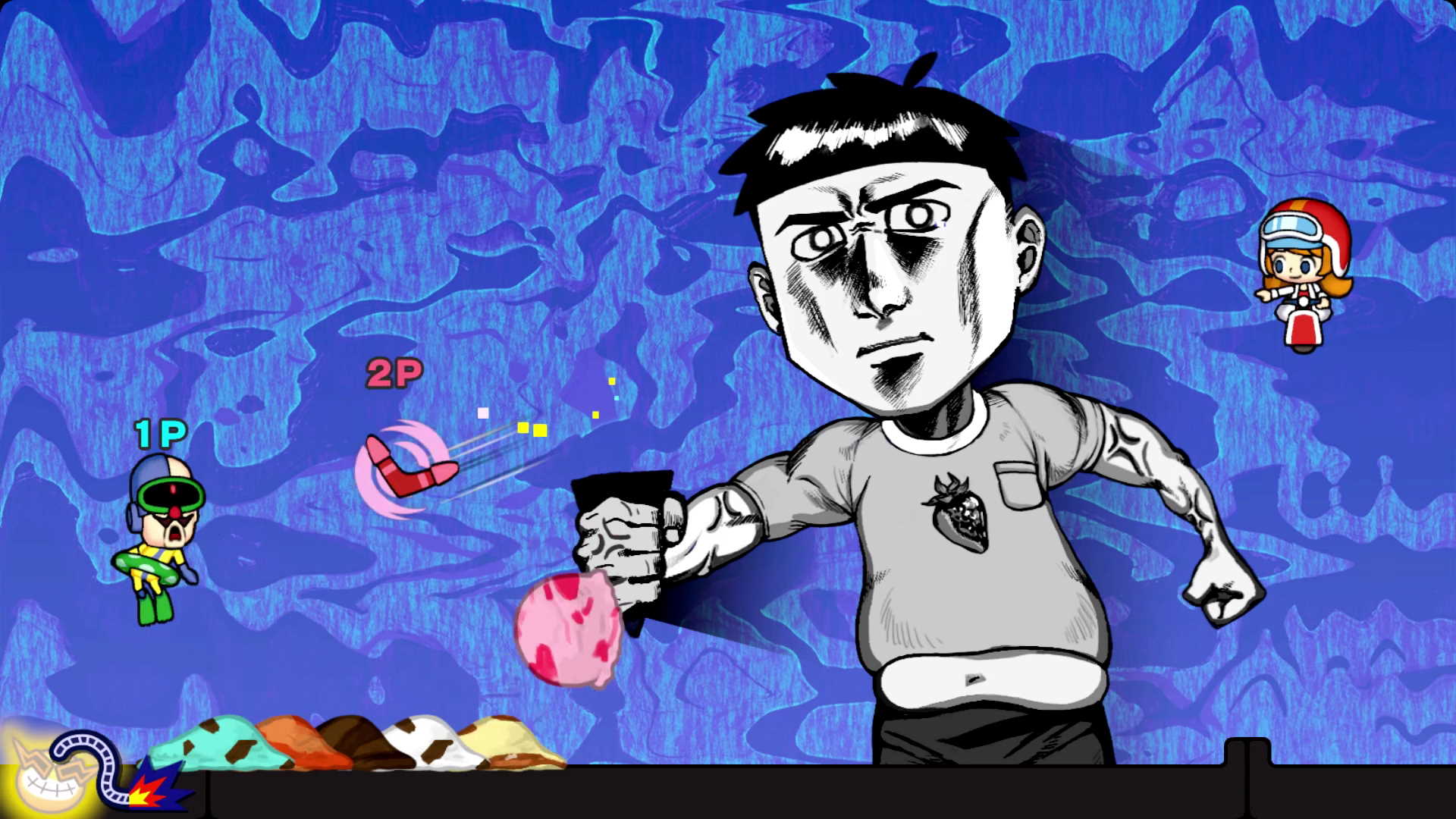 The co-op itself is a blast, mind you, though I still prefer to “pass and play” like the old days. The games themselves are designed in such a way that they alter depending on player count or even which character is being used. To use the character that can’t move as an example, it just wouldn’t work unless the stage was adjusted to make it viable for him, or indeed for every player. This has been achieved in a nice way, and while I have my favourites — or perhaps least favourites — every stage can be beaten with every character.

WarioWare: Get it Together: Fun, and that’s all that matters

Speaking of the stages; they’re wonderful. All manner of art styles mash together in typical WarioWare fashion, each genre has its own intro movie, and honestly, there are some micro-games that had me squealing with glee; mostly the Nintendo-classic ones. There are some nods to old games, but I’d be lying if I said my aging memory could pick out any individual ones. It’s easier to say, really, that without spoiling it, I enjoyed and had fun with every single micro-game in WarioWare: Get it Together.

That’s the ticket, really, isn’t it? WarioWare: Get it Together isn’t a monumental piece of gaming history, it’s just a really good, fun collection of quickfire gaming serotonin that is perhaps a little forgettable, sure, but in the moment, feels exquisitely designed and executed. Some will argue that it’s less accessible due to the multiple playable characters, and I can’t rebuff that idea, because this is a different WarioWare, for sure. But having played every one of them, it’s a testament to Nintendo itself that something that could easily have been “just another one of those” instead changes up the entire formula in a manner nobody would have expected.

Change is scary
Could have more voice work

With references that will make long-time Nintendo fans squeal, WarioWare: Get it Together has deeper gameplay and more longevity than you’d expect. You’ll love it or hate it, however, depending on whether you like the changes or not.

New Warioware: Get it Together trailer and free demo