previous
Sonic Colors Ultimate review
random
next
WarioWare: Get it Together! review
0 likes 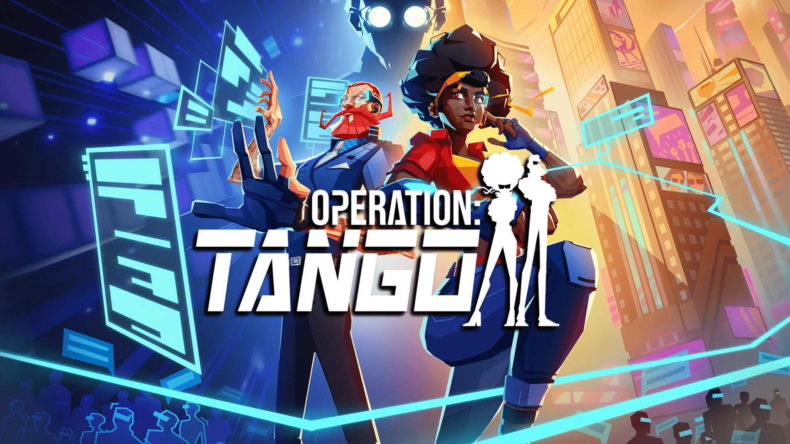 At some point or another, I think we’ve all wanted to be a spy. Whether it’s the charm of Bond or the tenacity of Bourne, there are few characters more genuinely cool than the greats of spy fiction. Although series like Hitman and Metal Gear have been bringing sneaky antics to gaming for decades, the stealth gameplay just doesn’t quite bring with it that spy thrill for me. If you’ve got a co-op partner to play with though (hopefully one of you grabbed the game when it was available on PS+) Operation: Tango will make you feel like a genuine secret agent.

As Agent Angel and Hacker Alistair P Fleming, you and your buddy of choice will embark on a globe trotting adventure to save the world from cyber terrorism. Only by sneaking into a variety of locations and finding clues to the evil Cypher’s location will the world be safe, and you’ll need a lot of teamwork to make it through the game’s 6 missions. 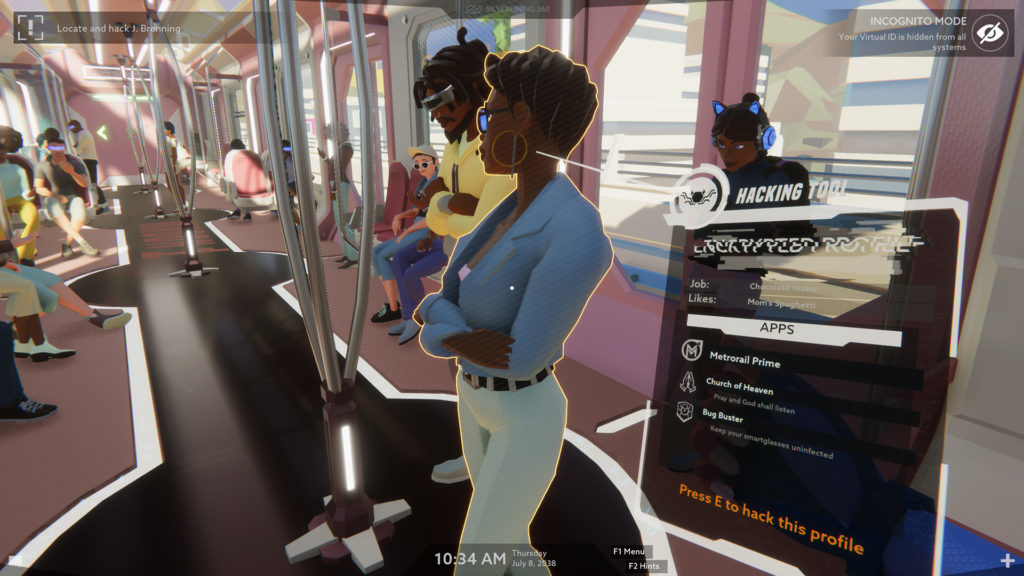 Working together is so essential that Operation: Tango requires you to use voice chat to play, because the game simply wouldn’t work without it. It’s a great way to showcase how useful the built in Dualsense mic is, so if you’re playing on PS5 there’s no way you’ll have to scramble to find a headset.

Depending on who you choose to play as in Operation: Tango, you’ll have a totally different experience. Angel is the woman on the ground, who physically sneaks into whatever location you’re infiltrating, whereas Fleming using his hacking prowess to help from behind a screen. Regardless of who you inhabit in your spy mission, you’ll have plenty to do and it never feels like you’re in a passive role.

The majority of the missions you’ll go on involve you breaking into a location to find a clue that’ll help you track the elusive Cypher. This means picking digital locks together, granting Angel access to areas, and avoiding anything that would reveal your presence. The gameplay is incredibly varied, and will require constant communication to succeed. 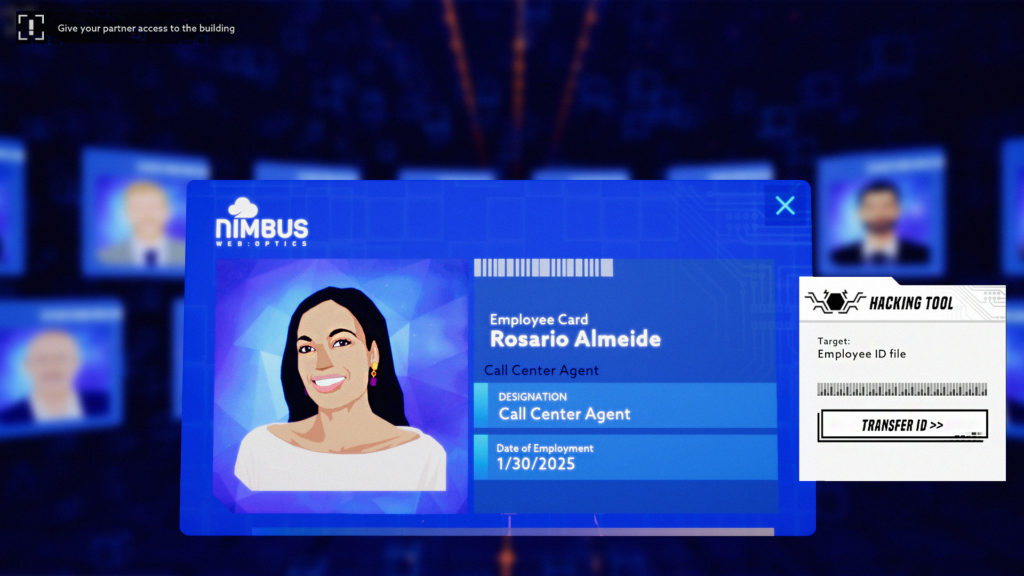 At the simple end of things, you might need to describe shapes to one another so you select the same icon to get through a firewall, or move sliding blocks together to open a locked door. Other times you’ll both have a completely different view of the world, and have to work together to make it through. One of these situations will see the hacker viewing a 2d grid that he can place boxes onto, with Angel walking along these cubes in a 3d computer based environment to avoid falling into the abyss below. This is made even more tricky thanks to some pesky blocks that raise the alarm on contact, that only Angel can see. If you don’t run through the situation to your partner and fully set the scene then you’ll struggle to progress.

Outside of these more obvious puzzle segments, you’ll both need to use everything you see to make your way to the objective. By telling your hacker ally the identification number of a powered down lift they may be able to activate it remotely, or by checking the employee ID you’re using they might schedule an appointment for you to allow you access further into the building. Every one of Operation: Tango’s 6 missions is packed full of these moments, and using your combined brain power to solve them feels incredible. 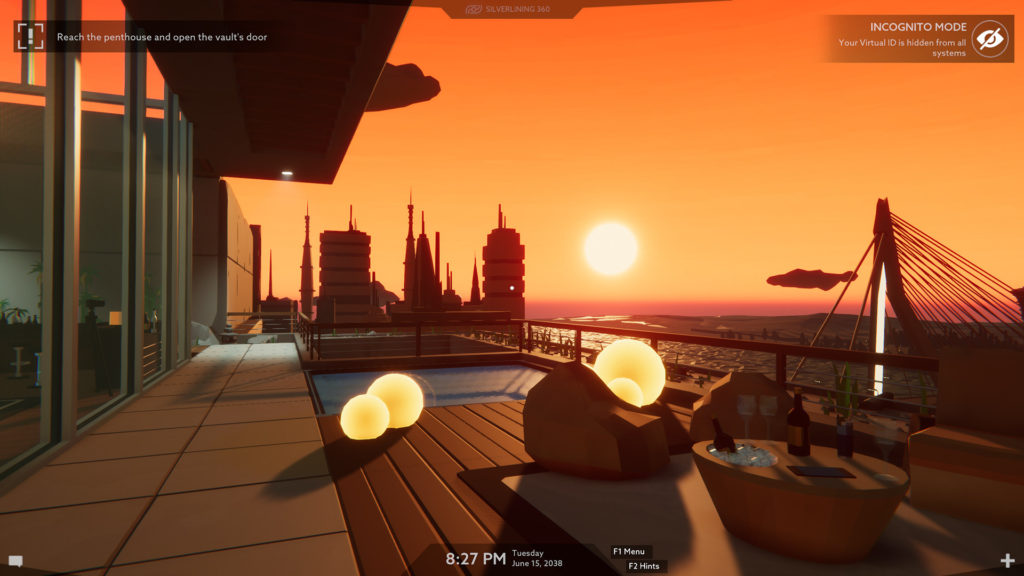 Each one of your worldwide missions against terrorism feels completely different to the last. There’s a level based entirely on a train, complete with civilians to investigate by checking their smartphone apps. Another stage is entirely digital, and sees the hacker trying to track a global threat in an Audiosurf style environment. Since each stage is completely different based on who you’re playing as, it’s worth playing them all twice to see what your partner was having to deal with.

There were more than a few occasions where me and my co-op partner got stuck with what to do next. Fortunately Operation: Tango realised that not everyone has that spy mindset, and included a handy hint feature that you can use without consequences. With each situation featuring a big list of hints that you can reveal one at a time, you can choose to get a nudge in the right direction or exact instructions of what to do next. 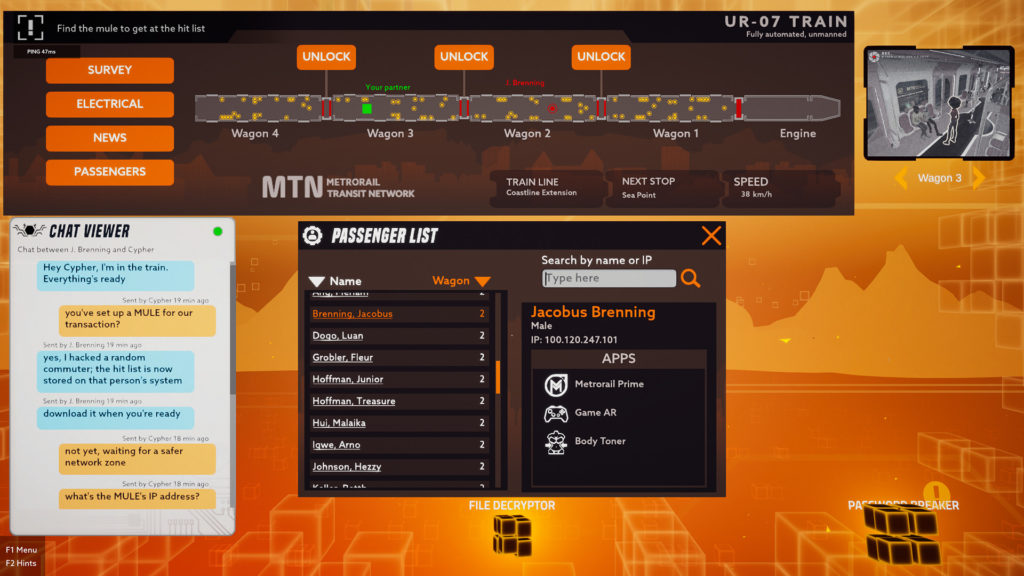 With so many different tasks to complete, it’s understandable that they wouldn’t all be a home run. There are some brief stealth sections where getting spotted by a drone means instant failure, which are as frustrating as you might expect. Some of the more basic puzzles aren’t that engaging either, and unfortunately are the ones that are often repeated.

I’ve never played a game quite like Operation: Tango. The communication based co-op gameplay is so enjoyable, and no game has ever made me feel so much like a secret agent. Not every aspect of the game is perfect, but with a huge amount of variety and 2 ways to play it’s well worth grabbing a buddy and fulfilling those spy fantasies.

The ultimate spy fantasy for two people, Operation: Tango is unique, varied and an absolute must play.