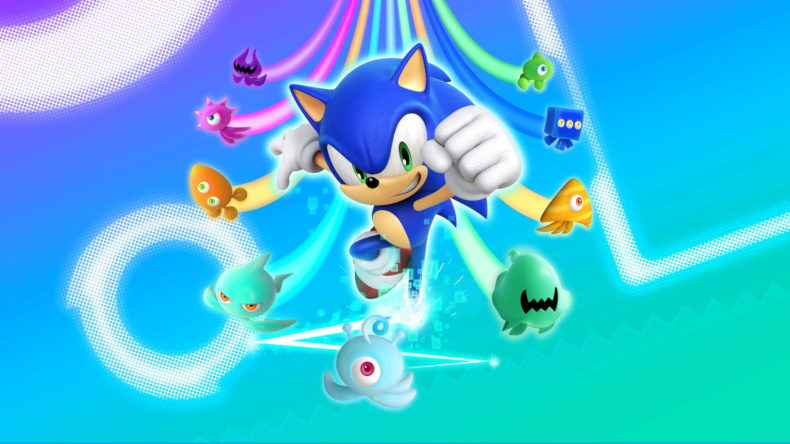 Ignoring the partially fan-led Sonic Mania, there has not been much worth playing involving Sega’s thirty-year-old mascot since the Megadrive/Mega CD days. In all honesty, you would struggle to pin down a truly classic Blue Blur adventure that could challenge the astonishing legacy of his long-time perceived rival, Mario. Console version of Sonic Generations aside, perhaps the other pick of an extensive and often woefully poor bunch was 2010’s Wii vintage, Sonic Colors. Whilst it was a more than adequate blast of high-octane platforming, was it really something that was crying out for a re-release?

Although proceedings kick off with a camera view behind our hero, Colors plays out as a 2D platformer with the view chopping and changing, zooming and swirling to create feelings of speed and chaos, and mix in more of the into-the-screen racing stretches. Entering the fray here are the alien Wisp creatures that would go on to become a regular occurrence in later Sonic titles. These cutesy blobs serve as in-game power-ups of various designations, but also form the basis of the breezy storyline that underpins the action.

In a move that probably won’t surprise many, Dr Eggman has abducted a load of Wisps in order to harness their energy, because they will enable him to make a giant laser. What these aliens do for Sonic is deliver him eight different special powers, ranging from the ability to travel through power lines, to being able to bond to walls and hover for short periods. 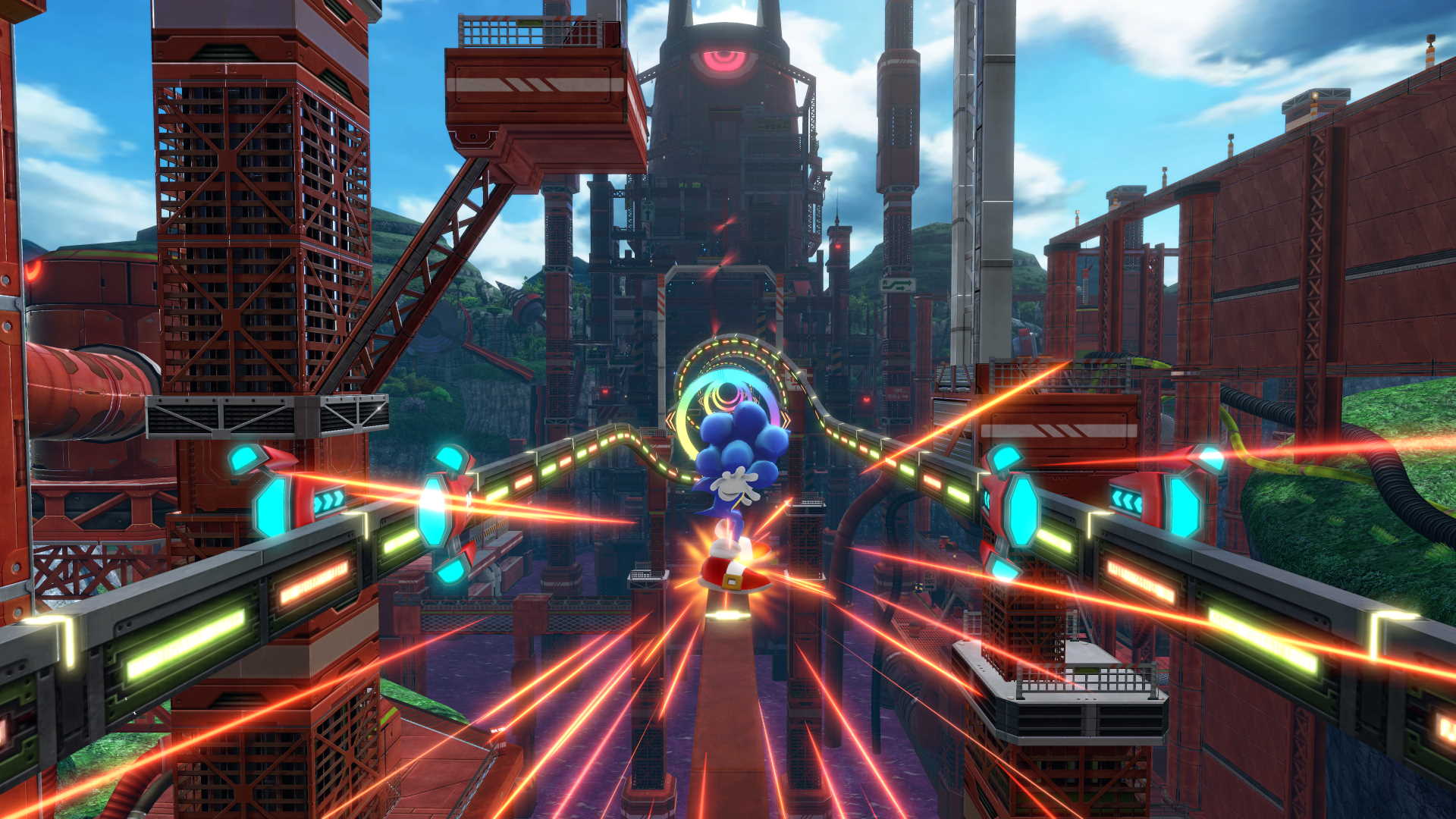 Unlocked over time, the Wisp powers allow you to go back and attempt previous stages in order to attain a higher rank or to reach previously unreachable areas and items. This adds a nice layer of replay value. There is even a brand-new spooky Wisp pinched from Sonic Team Racing which allows you to ghost your way through walls.

The problem with Sonic Colors Ultimate is the same as just about any other 3D Sonic you care to mention. Sonic is at his undoubted best when the game plays like the classic 2D titles. This has plenty of sections that achieve the same level of excitement and platform brilliance, but is far less enjoyable when the cameras start moving and you enter the 3D sections. The controls become too twitchy and fussy. 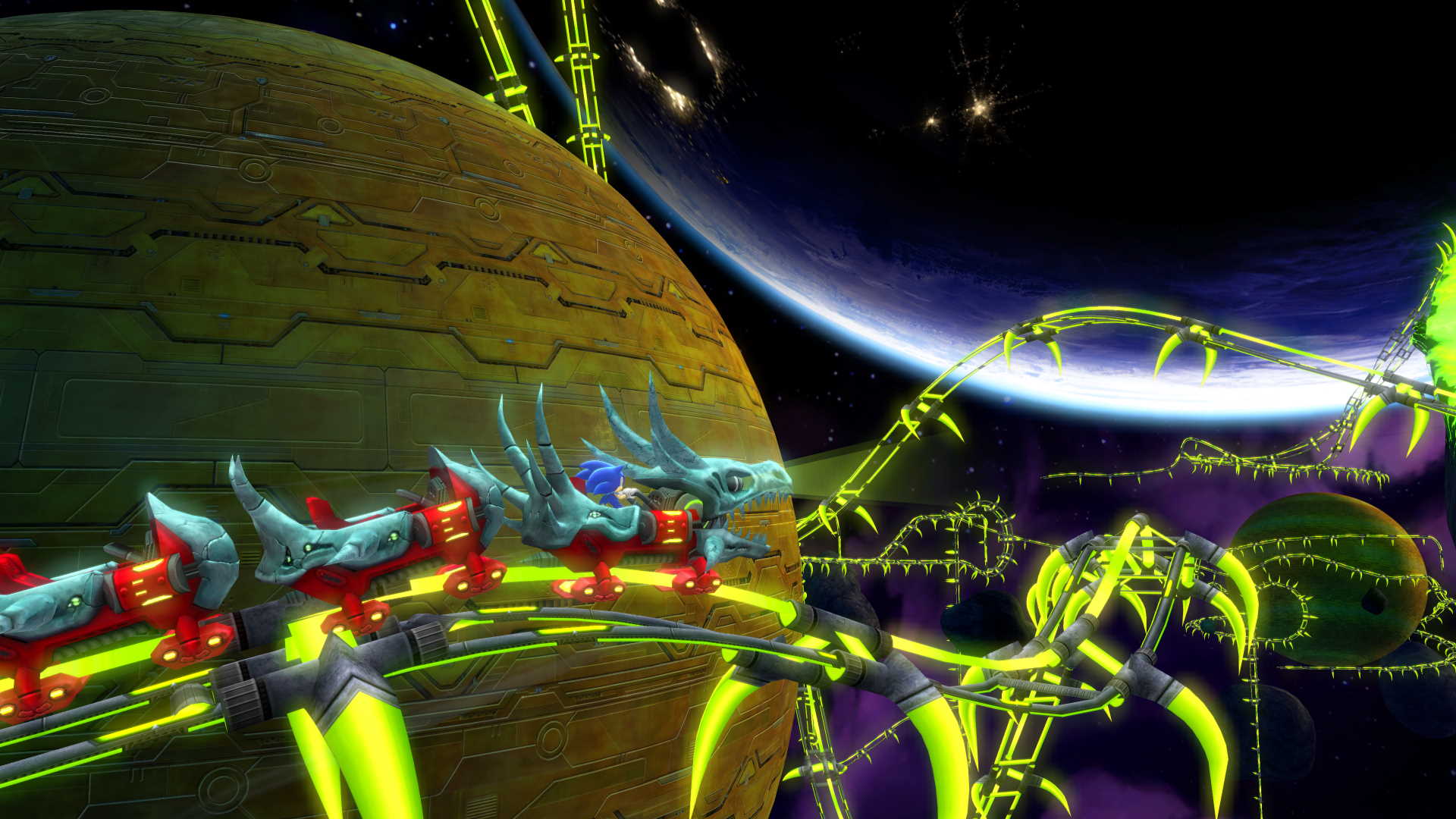 Right from the very go, a slight movement of the left stick will easily send you wildly off course. The button commands and moves also become tricky to remember and employ correctly, with some buttons having more than one function, and some homing moves and guided attacks that often don’t work as well as the AI suggests it should. There are points where the speed and camera trickery become a hindrance as you fail to pick out unforeseen objects, or have sections where you are literally jumping into the unknown.

It never truly feels like you are in control of Sonic in the same way you can harness his breakneck speed in the classic Mega Drive titles, or series highpoint Sonic CD. Everything is too chaotic, pardon the pun, and feels imprecise and unbalanced. In terms of new content, there is a graphical lick of paint that sees things run smoothly at 60fps and sparkle beautifully with that time-honoured colourful Sega magic. This doesn’t stretch to the cutscenes, which are presented as they were a decade ago, and look jarringly poor.

There are a few extra bits – costumes based on the 2020 Sonic movie, some new music and voice tracks, and a time trial where you get to challenge Metal Sonic over six special stages. Sadly, Sonic Colors Ultimate has very little to make it an essential purchase, unless of course you are a huge fan of the original and want a sugary nostalgia rush. But do that bearing in mind you can pick up a Wii and a copy of the game for pretty much what you would shell out here.

Sonic Colors Ultimate has very little to make it an essential purchase, unless of course you are a huge fan of the original and want a sugary nostalgia rush.