We’ve reached a point now where there’s so little left in the contest between this franchise and Sniper Elite that the latter has taken to wiling away its twilight years popping zombie brains at 500 metres. This leaves Sniper: Ghost Warrior in the somewhat enviable position of being the only big franchise left that caters to fans of long-range face-redistribution. And to be perfectly fair, you’ve really got to give Sniper Ghost Warrior: Contracts 2 a ten out of ten for trying, if for little else.

There’s something comfortable about booting it up that it took me a while to put my finger on. Then I realised that it’s because this game has morphed into Hitman. There’s no barcoded bald head to steer around painstakingly-detailed social sandboxes, but the mission structure feels immediately familiar. Each contract comes with various targets and side objectives, there are multiple entry points to unlock, and a cavalcade of challenges to keep you replaying the missions. 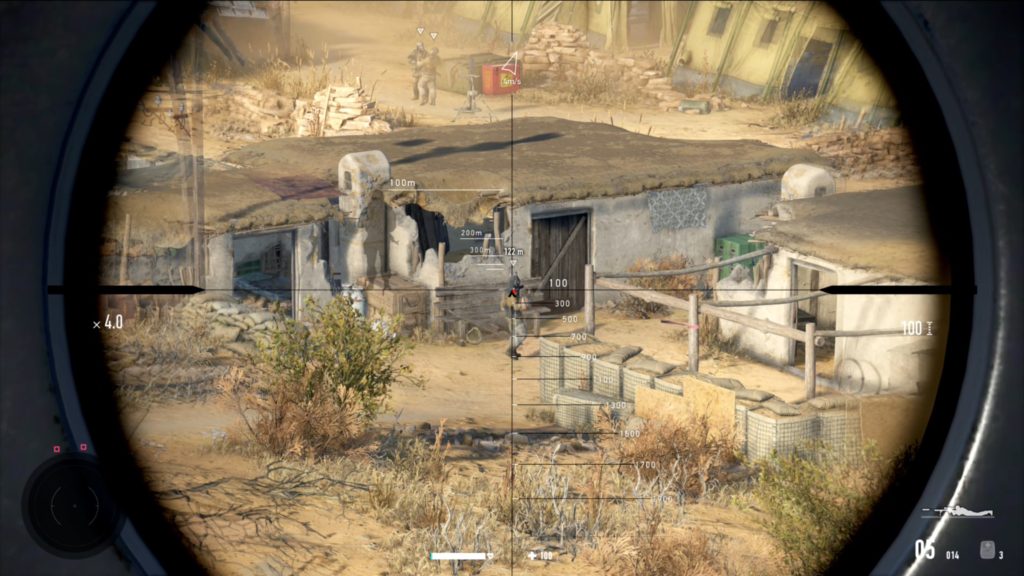 However, where Io Interactive fill their missions to the absolute brim with not only checklisted goals but a host of hidden rewards for those willing to think outside the box, CI Games do not. Instead, the lists are fairly straightforward affairs such as “Eliminate target without raising alarms”. Still, it’s nice to be given solid reasons to replay stages should you wish to.

Sniper Ghost Warrior: Contracts 2 follows the exploits of an agent known only as Raven. Sent in alone with only a gruff handler to guide you, your job is shoot lots of people in the head from far away. There are reasons, of course, involving naughty politicians, rogue nations, traitorous soldiers and… stuff. But to be honest the story doesn’t really matter. As long as you’re putting lead to head at a fair old rate, you don’t need much context. Fun is fun, right?

A large variety of different rifles, sidearms and back-up weapons fill out your arsenal. Each can be modded with a handful of attachments, but you can’t swap them out during a mission. Although you can collect weapons and ammunition from your victims. Missions take place within Regions, with the option to extract and claim your rewards after each objective. You earn money to buy mods and gear, and are occasionally given new skins for your guns. 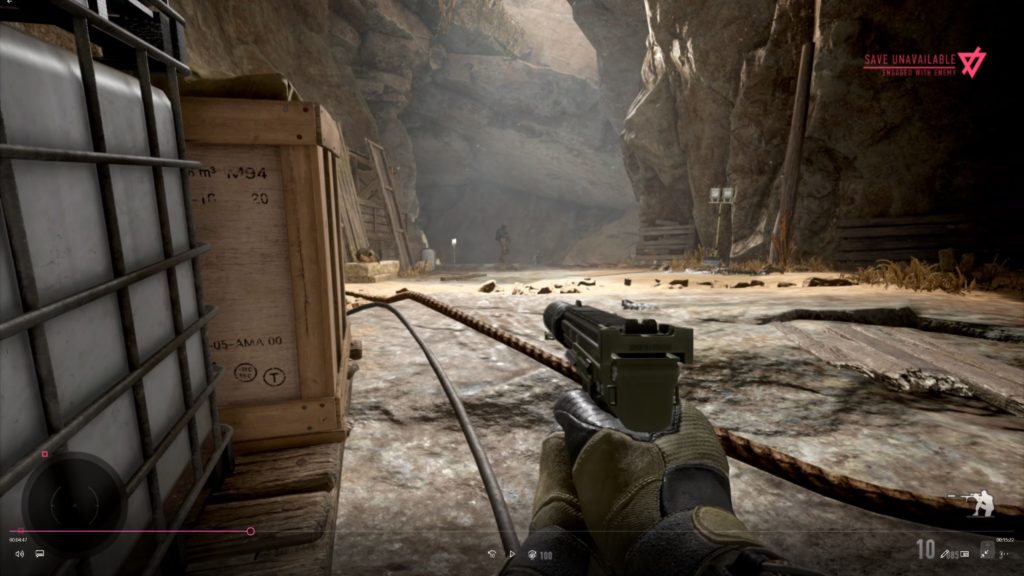 Random bounties can pop up from time to time, which you can choose to ignore. While the money is tempting, any mistakes you make can put the immediate area into a state of alert. Enemies will actively look for you and investigate anything out of place. Discretion is vital in many missions, often allowing you to end encounters before they begin. You can scope out areas with your binoculars to mark guards and points of interest, or use a drone. The drone can mark targets, or hack security systems. Once upgraded, it can also administer sleeping darts or distract soldiers, among other things. You can also deploy a turret to guard your back, or lay much noisier mines to catch anyone creeping up on you.

You’re given a surprising amount of freedom when it comes to recon and execution. You can set traps, use distraction, or activate environmental hazards. Your smart-visor allows you to spot useful things like switches and generators. Some enemies will need to be coaxed out into the open and made to stand still, and there are many ways to do this. One early target can be forced to investigate a faulty car lift, allowing you to pop his head off while he’s giving the technician a bollocking. 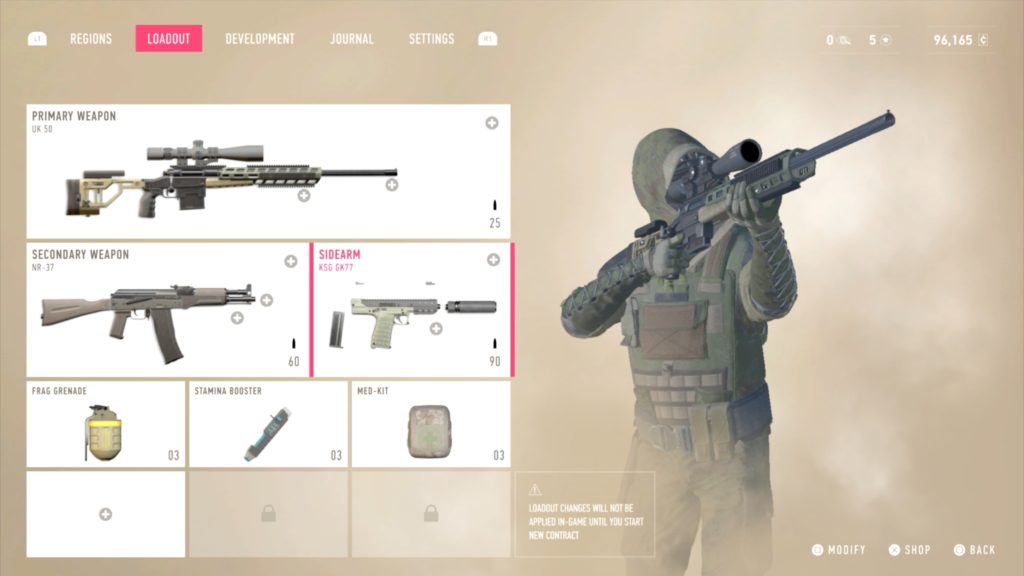 Sniper Ghost Warrior: Contracts 2 does fall victim to the usual stealth game traps, though. Enemies are either clueless dummies or hyper-accurate, eagle-eyed super soldiers and very little in-between. If you’re rumbled they’ll call for help, but that help rarely seems to come from outside the area. Once everyone close by is dead, the alert seems to end and no one in the next area is aware of your presence. There’s no real option to be non-lethal, and no penalty for leaving a pile of Swiss-cheesed corpses in your wake.

Playing on the default difficulty, you won’t have much trouble wiping out entire enemy camps, although it’s not long before the game wheels out the big armoured guys. Infuriatingly, you cannot shoot them through the massive gap in their helmets, which seems somewhat counter to the whole “precision expert” thing. They just keep coming, spraying the bushes with minigun fire while you skirt around the big idiots. A selection of skills spread across four areas allow you to upgrade your stealth abilities, gear, tech, and survivability. Each makes a difference to how you proceed, but ultimately your own skill plays a larger part. This is helped by the haptic feedback on PS5, which uses adaptive triggers and vibrations to make every shot feel that little bit more… real. 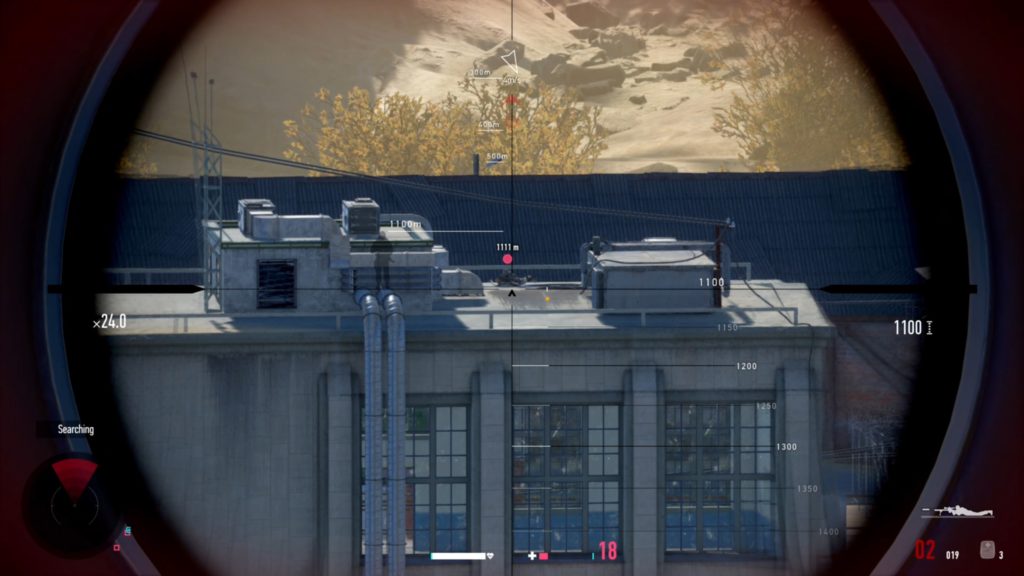 The shooting itself is pretty damn good, too. Even when not sniping, the stealth works well – but when you reach your nest above each target area, you can’t help but feel powerful. Scoping the area, marking guards, formulating plans involving dangling containers or explosive barrels – this is the beauty of Sniper: Ghost Warrior Contracts 2. Lining up a perfect shot and watching the almost shockingly graphic bullet-cam at work is endlessly satisfying. Although, I found the pop of each instant-kill headshot more pleasing. It’s a bit weird when you hit a body shot, though, and the target just brushes it off. Especially as the same exact round bursts heads open like ripe melons.

You can adjust a variety of settings, removing all the aiming assists or tweaking the HUD. Honestly, though, I don’t get how people do it. To me, it’s akin to witchcraft. I miss shots even with the assists on, and playing without them feels impossible. Anyway, all the calm and patience kind of goes out the window when you’re spotted and the enemy starts launching mortars and rockets at you.

With some nicely-detailed visuals and decent voice-acting, Sniper Ghost Warrior: Contracts 2 is a polished offering from CI Games. The story is so unneccesary that it almost feels at odds with the mission structure, but really this is all about the shooting and, thankfully, CI have nailed that. It’s a competent stealth game and still arguably the best sniper sim currently available. You can’t have everything though, and so we’re stuck with wonky AI, some frustrating enemies and a definite sense that the devs played it safe with the optional challenges.

With some nicely-detailed visuals and decent voice-acting, Sniper Ghost Warrior: Contracts 2 is a polished offering from CI Games.