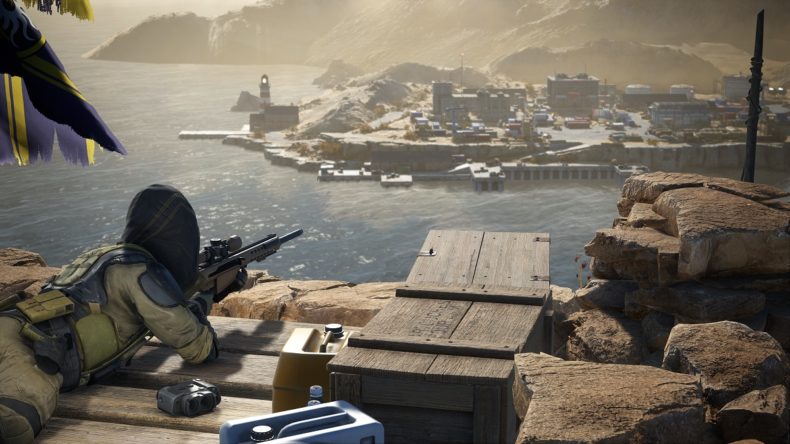 We recently got the chance to go hands-on with CI Games‘ Sniper Ghost Warrior Contracts 2. If you’ve read the preview and fancy watching footage of the first level, you can watch our Sniper ghost warrior contracts 2 video preview below. Adam Cook and Chris White talk about what’s new in the series. In addition, there’s also a discussion on how the sniper rifle feels to shoot with, enemy AI, and loads more.

Here’s what we had to say in the written preview:

Sniper Ghost Warrior Contracts 2 is a realistic shooter that yearns for patience and skill over incessant firing. Thoughtless attempts will be punished, and mistakes often incur death. It is a rewarding game that feels much different to typical first-person shooters. Like Hitman, contracts can be completed in numerous ways, as can the way in which you reach them. It looks amazing on PC, especially when watching a bullet travel across the map and cut through an enemy’s head. It offers a realistic approach to the genre whilst continuing to build on the great gameplay seen in the previous entry.

With Hitman 3 releasing earlier in the year, replayability is a big deal right now. There’re challenges to complete as well as taking out targets. Each contract can be completed differently, with some shown in the Sniper Ghost Warrior Contracts 2 video preview. In the preview, there were multiple opportunities to replay the level, and each one was thoroughly enjoyable. As a result, it offered rewards for playing over and over. There wasn’t a lot of the game on offer, however, our excitement levels are now through the roof.

Video games are cool. Don't let anybody tell you any different.
MORE LIKE THIS
CI GamesPreviewsniper ghost warrior contracts 2Video