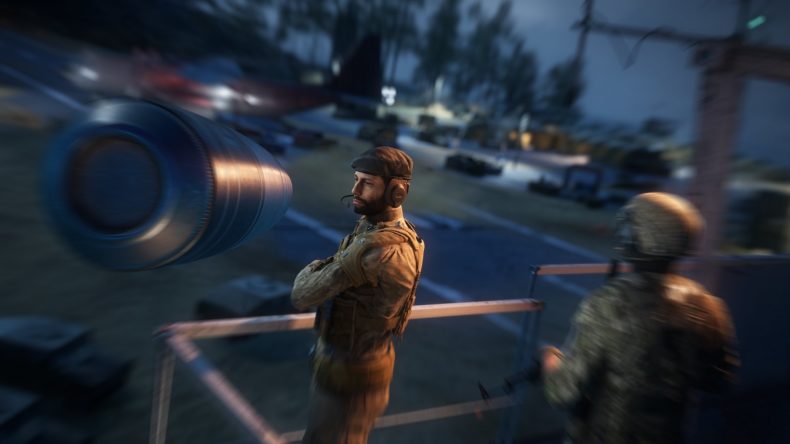 The longest recorded sniper kill was recorded in 2017, and clocked in at 3,540 metres. A staggering feat when you consider the variables at play. Wind speed, direction, gravity, atmospheric pressure, and altitude are just a few. In fact, the bullet had to drop 500 metres to make that shot. It takes a lot to take down a target at great range, and whilst playing Sniper Ghost Warrior Contracts 2, it became clear how much science is involved. Whilst I wasn’t taking out targets at that range, it was still challenging. I’ve been fortunate enough to preview CI Games‘ latest entry in their sniper series. From what I’ve seen so far, this is their smartest and most intense entry yet.

The level I played took place in the Zindah Province, a location in the Middle East. Three targets needed to be taken out. Antwan Zarza, a general and quartermaster; Cpt. Ronald Payne, a disgraced S.A.S. officer; and Col. Fyodor Novikov, a Russian GRU agent. Whilst on paper it seems straightforward enough, getting into a position to do so takes time. The map was pretty huge, and there’re multiple soldiers standing in the way. Different outposts scattered around requires stealth and patience to scout areas and decide the best course of action. Playing on Veteran Sniper difficulty is hard, but it is also incredibly rewarding.

With the use of binoculars, enemies can be tagged, giving you an idea on how far away they are. If they are close by, sneaking up behind them is the best course of action. They can be eliminated in silence, or interrogated first for intel on enemy locations. If it’s an officer, they’ll provide mission-relevant information. If things go south, loadouts come with a secondary weapon and a sidearm, such as an automatic rifle and pistol. Engaging with enemies close up is a death sentence. Sometimes it’s better to sneak past unnoticed, or wait for the perfect opportunity to take out the threat. 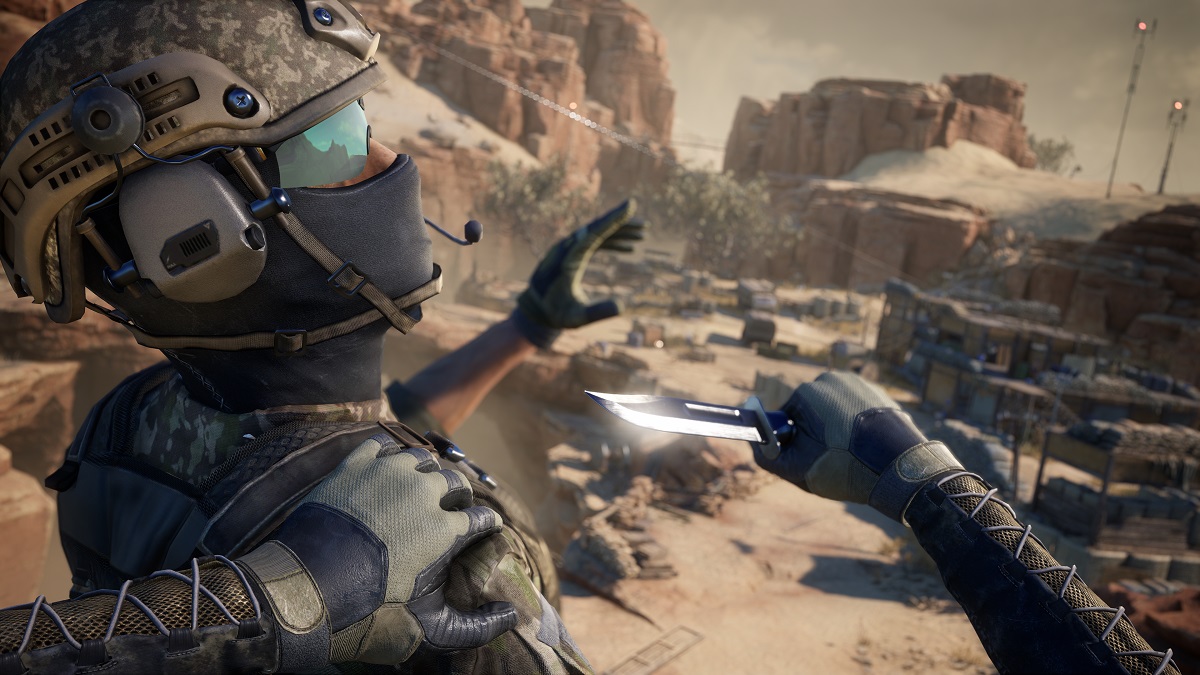 Using the sniper rifle is by far the most fulfilling aspect of Sniper Ghost Warrior Contracts 2. It’s not as simple as aiming and firing. Taking into account distance, altitude, and wind speed are just as much important variables as they are in real-life. You can use the weapon to take out anyone on the map, however, it isn’t advised. Shooting near to an enemy (within a couple of hundred metres) will alert anyone close by. Once they spot you, marksmen can pick you off, and mortars can be fired to eliminate you almost instantly. Hiding in bushes in a prone or crouched position can help, but as mentioned, the loudness of the sniper rifle can be a dead giveaway.

Death from a distance

After the stress-inducing journey to an appropriate location to take out your target, sniping becomes much more interesting. The binoculars will help to pick out any snipers, heavies, officers, riflemen, and sergeants. Each enemy type can be a threat in different ways. Important distractions can be fired at, giving complete control as to how the job is done. Once the target is spotted, it’s up to you how they are eliminated. Cpt. Ronald Payne wandered around his base of operation at a distance of 1,500 metres. It’s near impossible to eliminate from that range, so if the shot is missed, the whole place is alerted. I waited patiently, watching where he walked and picked out the perfect opportunity to make my shot. At 1,200 metres, I held my breath, pulled the trigger, and watched as the bullet flew through the air and plunged into his neck. 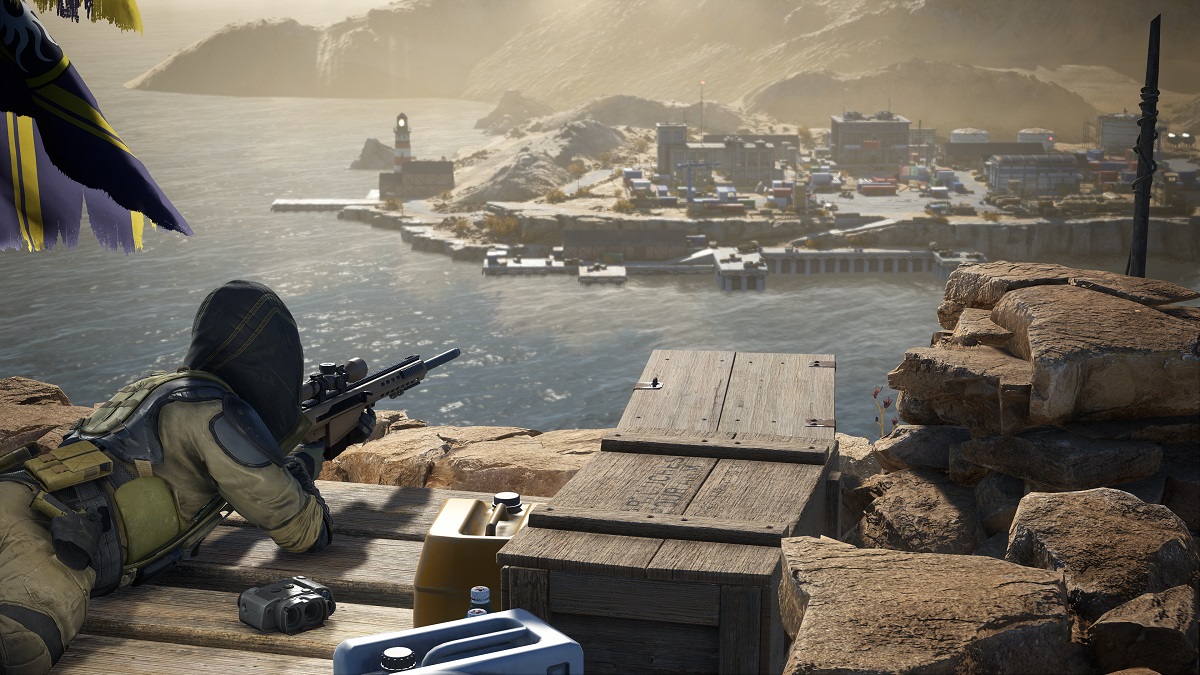 With the UK 50 sniper rifle, the manual distance calibration went up to 1,500 metres. This can be adjusted to any distance up to that point. Factoring in the scope’s elevation is also key to pulling off the shot. Depending on wind speeds, the Dynamic Reticle System shows where the bullet will land. Using the DRS is vital in making the shot. All these mechanics come into play when firing the rifle from such a long way away. It can be tricky to learn at first, but the satisfaction of taking out a target from such a distance is unparalleled. All three targets acted differently. Novikov was inside a building, so I had to find a way to draw him out. I shot at the power supply to the satellites, then fired at some oil drums as he drove past, killing him in an explosion.

There’s so much replayability on offer. It shares many similarities with Hitman in the ways in which each attempt can be undertaken. Not just taking out your target, but the way in which you get there. There was an area of the map filled with enemy soldiers. It was taking too many attempts to try and take them out stealthily. A nearby outpost kept getting involved, making it difficult to make it through. After various failed attempts, I decided to swim across a lake adjacent to the heavily fortified area and climb up a makeshift staircase where only a solitary guard was located. It led to a cave with few soldiers who were nicely spread out, meaning stealth kills were easier to commit. 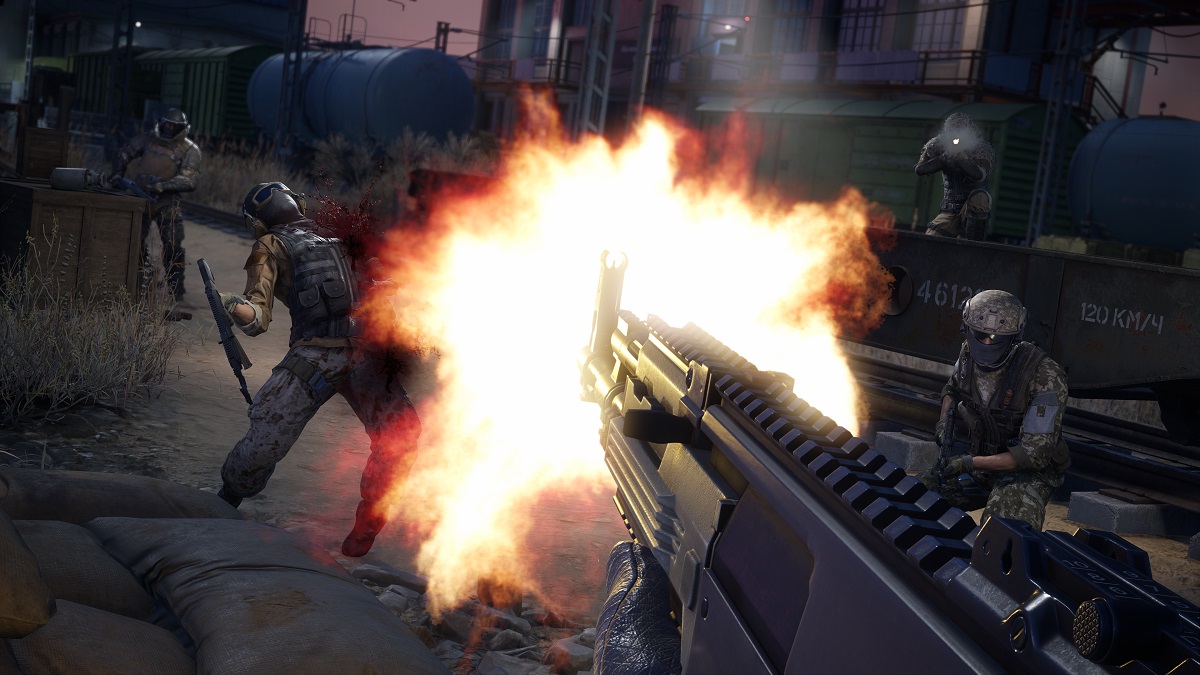 Once a target has been dealt with, visiting a nearby Exfiltration Point rewards your hard work with cash and a summary of the mission. There’re various challenges that can be completed which give out Challenge Tokens to be spend on fancy equipment. Cash can be spent on new hardware for the sniper rifles, such as better barrels, optics, and ammo. Customisation is a key part of each mission. Making sure you have an optic attached that can reach farther, or picking the right ammo type makes completing contracts a lot easier. Once you’ve spent up and made the necessary adjustments, you can dive right back into the map and complete the next contract.

Throughout the preview, I was joined by Lead Level designer, Daniel Sławiński, and Lead Creative Producer, Kenton Fletcher. Both guys were great, and offered plenty of insight into the improvements made since the previous game. The freedom on offer as to how each target is approached was welcoming. The area I struggled with was called “Death Alley” according to Kenton, so I was glad it wasn’t just me who found it a challenge. CI Games has put a lot of effort into making Sniper Ghost Warrior Contracts 2 as immersive as possible. I’m so much more excited now for the full release than I was before playing the preview.

Sniper Ghost Warrior Contracts 2 is a realistic shooter that yearns for patience and skill over incessant firing. Thoughtless attempts will be punished, and mistakes often incur death. It is a rewarding game that feels much different to typical first-person shooters. Like Hitman, contracts can be completed in numerous ways, as can the way in which you reach them. It looks amazing on PC, especially when watching a bullet travel across the map and cut through an enemy’s head. It offers a realistic approach to the genre whilst continuing to build on the great gameplay seen in the previous entry.

Video games are cool. Don't let anybody tell you any different.
MORE LIKE THIS
CI Gamessniper ghost warrior contracts 2