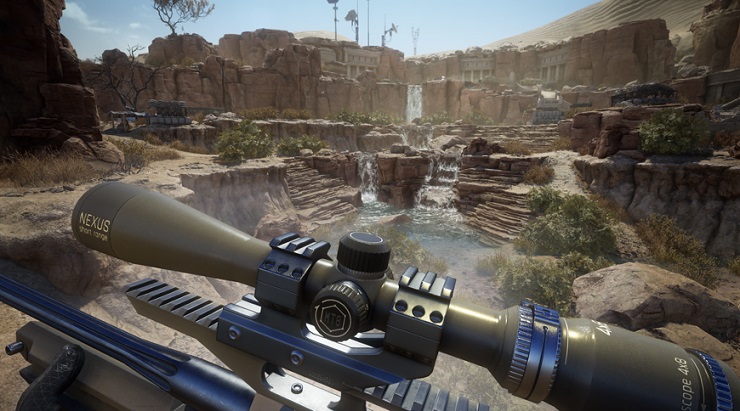 Sniper Ghost Warrior Contracts 2 has released ‘Butcher’s Banquet,’ a major content expansion for free on PS4, Xbox Series X|S, Xbox One, and PC. The new content includes an all-new expansive region. It features waterfalls, oases, and mysterious temples. New threats have surfaced, including the dangerous Mahmoud Zarza aka ‘The Butcher.’

The expansion builds on the mechanics of the base game, such as 1000m+ sniping, smart AI, and a vast array of weapons. Sniper Ghost Warrior Contracts 2 takes place in Kuamar in the Middle East. Playing as Raven, players are tasked with destroying a dictatorship one bullet at a time. Butcher’s Banquet features new side quests and multiple targets for the player to take out as creatively as they want.

Sniper Ghost Warrior Contracts 2 will be available on PS5 from August 25. It can pre-ordered now, and arrives with the Crossbow Carnage DLC.