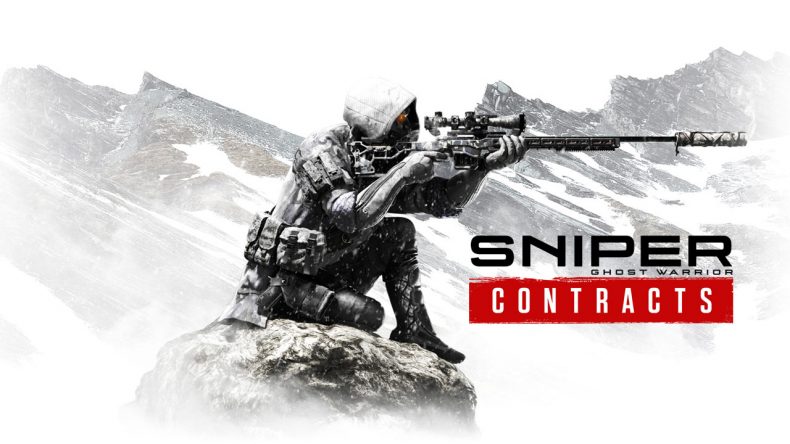 The Sniper Ghost Warrior series has always done pretty well, sales-wise. Part of that is likely down to the fact that, for a pure sniping experience, there aren’t many other options. Actually, there’s one, which is Sniper Elite, Rebellion’s 3rd-person alternative that does mostly the same but with the added bonus of featuring an X-ray Nazi kill-cam.

Thing is, between the two franchises there’s never been much call for innovation. Being the only two horses in the race guarantees them first or second place every release year, and anyway, the sales history dictates that the core fans are happy.

Over the years, Sniper Ghost Warrior has at least tried to inject more story into its games, though, with 3 being a particular highlight in this regard, but at some point it has obviously become apparent to them that all the fans really want is the god-like sensation you get from picking off unsuspecting enemies from a thousand yards away. So CI Games dumped the story, added a high-tech Dr Doom mask and whacked another sub-title on the end of the original sub-title. Thus we have Sniper Ghost Warrior: Contracts, a game whose title needs to have all four of those words in it no matter how disconnected they are for fear of losing its identity entirely. It’s a budget title, too, meaning it’ll cost a little less than your average AAA, despite being a hell of a lot better than a lot of them. And I say that with the hurriedly-added clarification that I’m not suggesting Contracts is some kind of budget masterpiece that’s going to teach those big boys and girls a lesson; it’s not, at all. But what it very much is, is a game that knows exactly what it wants to be – even going so far as to slap together a brilliantly convoluted sci-fi reason for things like scan mode and reduced fall damage that most games wouldn’t even bother to explain.

Ditching the characters, for want of a better word, that we’ve seen in the franchise before, Contracts instead puts you in the cutting edge survival suit of a mercenary sniper and infiltrator codenamed “Seeker”. Seeing the Cry Engine logo at the start immediately evoked thoughts of Crysis, and in many ways the suit worn by your character here feels like a precursor to the super suits of that legendary franchise.

Among other things you can scan the environment for collectibles, ammo, or points of interest, and later upgrade it to automatically tag nearby enemies or to allow highlighted items to remain that way for longer. It helps you move silently, negate a certain amount of fall damage and run faster. It’s not mine-proof though. Trust me on that one. Ultimately, it may be a gimmick that genuinely resembles Marvel’s Dr. Doom, but it’s also a neat way of making your character feel like the anonymous, cold-hearted distance-killer that he is. Each mission is a multi-part affair that takes place in a kind of hub map. I don’t know why this is, if I’m honest. Each section of each mission could be a self-contained 15-minute mission that doesn’t see you traipsing across empty, hollow landscapes between objectives and I wouldn’t be mad at it. As it is, the structure is kind of annoying. The open hub areas don’t offer a single thing; very little to collect, very little to see, and nothing to really do. You can even use fast travel points to get around quicker and not lose anything, so it’s something that to me just feels superfluous. Either way, you’re assigned your jobs in a very Hitman-style manner, complete with a red, white and black motif, and narrated by your English-accented Handler as images and dossiers fly around impactfully in the background. It’s actually quite cool, though, and sets the mood for the mission to come.

Perhaps intentionally, the sniping takes a long time to get the hang of. Instead of just having a reticule near the crosshair that shows where the bullet will actually go, Contracts instead introduces the concept of “bullet drop”. I’m not exaggerating when I say that for the first few hours, this was one of the most infuriating ideas I’ve ever seen. In fact, I’m still not entirely sure I’m doing it right. Essentially, a discreet animation shows a little cascading trail highlighting where your bullet should land based on elevation, distance and wind resistance. Frankly it was a while before I could hit diddly-shit with it, but as there was no way to disable or change it, I was forced to adapt. A few hours in, I was hitting most targets as long as I sat and took my time. Which is primarily the point, I suppose, although there are moments where speed is key and keeping a cool head while hurrying is a tricky thing to balance. It’s nice to be rewarded with a super satisfying slow motion bullet cam when you nail a kill, though, or even the slightly less satisfying thwack as you relieve a clueless goon of the burden of ever having to buy Nurofen again. I did clamber over the body of someone I’d recently beheaded from 600 yards away and have a very brief moment of “Holy shit, did I do that?” guilt. The realisation that all he had left was a bottom jaw seemed, at the time, a little excessive.

Graphically Sniper Ghost Warrior: Contracts is mostly only okay. It does look decent enough on the surface, with some solid weather effects and some nice use of light and shadow. I played on a fairly high-spec PC, but I have to be honest and say that I left it on the default settings because when I ramped everything up to Ultra I didn’t see enough of a difference to warrant the added oomph. It runs smoothly, maintains its frames for the most part, but does hit the occasional glitch, particularly with collision detection and corpse twitch. The age-old issue of NPCs repeating their lines also pops up regularly, and it’s kind of just something you’ll learn to tune out. I haven’t noticed anything game-breaking or that even really negatively affects my enjoyment though.

And Contracts is enjoyable. I even started to get used to the hub-map structure eventually, feeling compelled to track and nail the occasional optional bounty and always taking great satisfaction in spotting and eliminating an enemy sniper before they even had a bead on me. The sniping is a little overly complex for my liking, which is great for some people, but I personally prefer the more customisable approach seen in the Sniper Elite series. But then, that’s not the way City Interactive want you to play and I can kind of applaud that. They’ve made this a slightly more hardcore experience and you have to admire them for having the stones to do so.

With every iteration this series hops a step ahead of its closest rival until the next iteration of that series, so for now it’s the genre leader again. It’s not the prettiest game and certainly not the most accessible, but as a budget title it’s worth picking up for fans of stealth-based action.

Sniper Ghost Warrior: Contracts isn't the prettiest game and certainly not the most accessible, but it's an enjoyable budget title, and worth picking up for fans of stealth-based action.