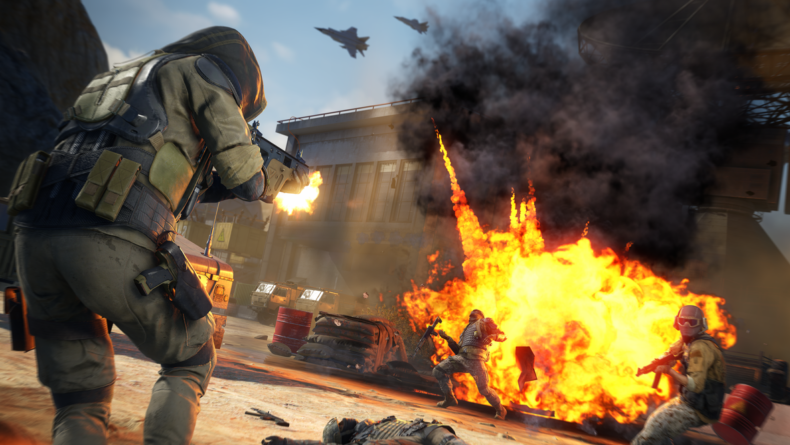 CI Games has announced that Sniper Ghost Warrior Contracts 2 is now available to play on PS5.  Following its successful launch on PS4, Xbox Series X/S, Xbox One and PC, PS5 players can now enjoy the most immersive version of the highly-challenging modern warfare shooter, yet. To celebrate the launch, CI Games today released a new trailer, which you can watch here:

The PS5 edition also includes a free copy of the “Crossbow Carnage” DLC weapons pack, giving players access to the fan-favourite arbalest, in addition to a host of equally high-power weaponry. It also includes the title’s recently-released major expansion, “Butcher’s Banquet.” Taking players to an all-new, vast desert-like area, complete with luscious oases, dramatic waterfalls, and mysterious temples, players must put a stop to the latest threat to jeapordise Kuamar.

Set in a lawless region of Kuamar, Sniper Ghost Warrior Contracts 2 follows contract sniper assassin, Raven, as he takes on a series of treacherous assassination missions to overthrow a ruthless dictatorship. The game features expansion sandbox maps, a variety of missions that can be approached in a number of ways, a wide range realistic weapons and gadgets, unlockable skills and equipment, and, of course, the flagship feature: a highly-realistic sniping experience.

Chris White recently got his hands on the game.  You can hear his thoughts in our video preview:

Sniper Ghost Warrior Contracts 2 is out now on PS5 in both physical and digital formats.  Also available on PS4, Xbox Series X/S, Xbox One and PC.