previous
WarioWare: Get it Together! review
random
next
Life is Strange: True Colors review
0 likes 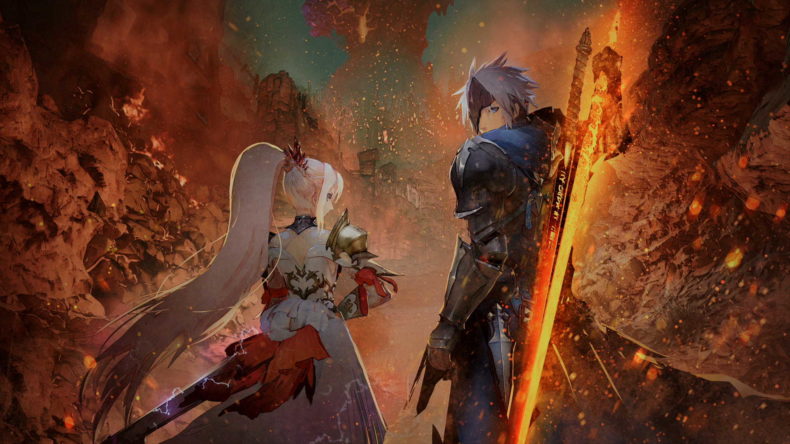 We all have a favourite game in a franchise, and for many, it’s often our first venture into it. When a series grabs us for the first time and doesn’t let go, you know you’ve come across something you’ll love into the future. That was me with Tales of Symphonia. I adored its world, its characters, the developing story, the combat and just how much was packed into it. It started my love of the Tales series, but it’s fair to say nothing has quite matched that unbridled joy since. Not Vesperia, Zestiria, and surprisingly not even Symphonia: Dawn of the New World. They’ve been good games but never challenging for that top spot since Symphonia arrived in my life over 15 years ago. But then Tales of Arise came along and well, Symphonia should be worried. Very worried indeed.

Our journey takes place on the planet Dahna, whose natives, known as Dahnans, have been oppressed by the technologically advanced Renans for over three centuries. The world is split up into five realms, each run by a cruel Lord, who oversees the slavery of the Dahnans for their own purposes. Calaglia is one of those realms and is where our first protagonist resides. He is dubbed Iron Mask on account of the specific headgear attached to him. He suffers from the JRPG tradition of amnesia, blinding him to what happened in his youth. Before long his paths cross with Shionne, a feisty, blunt Renan who seems keen to upset the current order of things. Iron Mask, being the usual optimistic hero, joins her on a quest to try to overthrow the oppressive Renan rule.

Tales of Arise | A Familiar Story

Story-wise, the Tales series never shies away from pretty heavy topics. Oppression, degradation, ruthlessness, barbarity, hatred, and the disregard for the lives of those deemed less worthy. There are similar tropes at play here, undoubtedly, but delivered with the usual dose of respect to the subject matter so that the tough messages land well. And there’s plenty of variety to discover too as the narrative weaves through. Yes, there are five realms to essentially save, but the storylines that work you towards that end are all different, with plenty of twists and turns along the way. 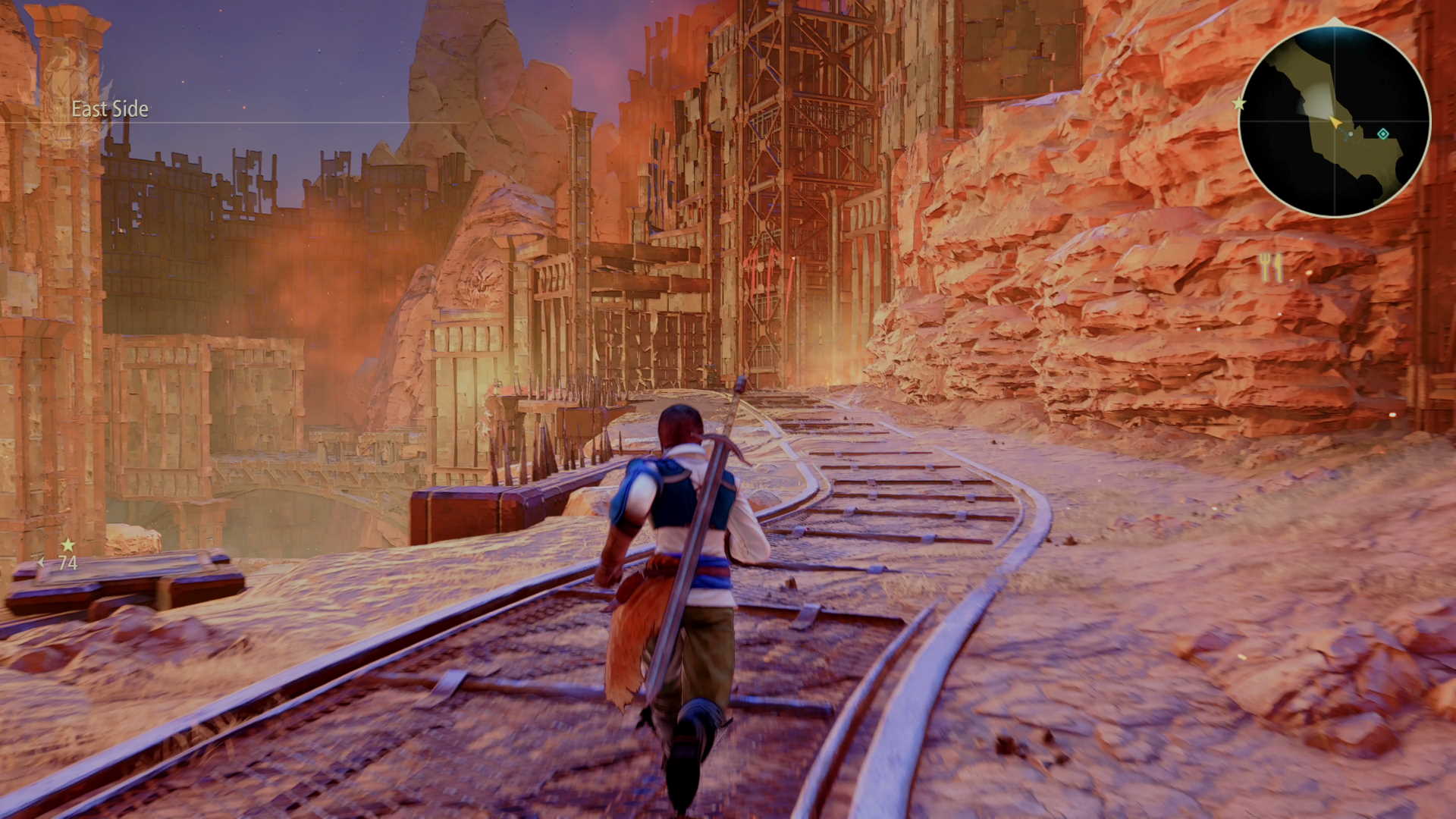 The characters are always pivotal to the success of a Tales title, and those in Tales of Arise feel like a breath of fresh air. Yes, Iron Mask, whose real name is revealed early on, is your traditional, plucky, optimistic, lead swordsman. And there’s a mage, and a character who likes to punch things and ask questions later. But Shionne is your main healer, who at the same time wields a gun and is more than capable in attack, which is a refreshing surprise. No hammers, axes, or bows are on display here, in fact, the other characters have a big shield and a big stick, mixing things up from the usual battle party.

Their interactions are also very interesting. Your group, which increases to six as the story progresses, often has fault lines throughout. Shionne’s blunt outlook often riles everyone up and is in stark contrast to the unrelenting positivity you normally see. Other characters dislike each other in parts due to differing beliefs or recent story beats and it helps keep things interesting. Skits are back and are plentiful, offering to bolster the narrative. And they’ve been given an overhaul, and have a similar vibe to Scarlet Nexus in their dynamism, and are more impactful for it.

You’ll want to fight every enemy

It is the combat though where a Tales game truly wins or loses. There’s so much of it during the long journey that it needs to entertain throughout to truly land. Thankfully Tales of Arise has the best combat the series has ever had, with special attention paid to the nuance and development of it so that it stays fresh and ultimately satisfying from the very beginning right up until the end of the story. So much so that you’ll want to fight every enemy you can. 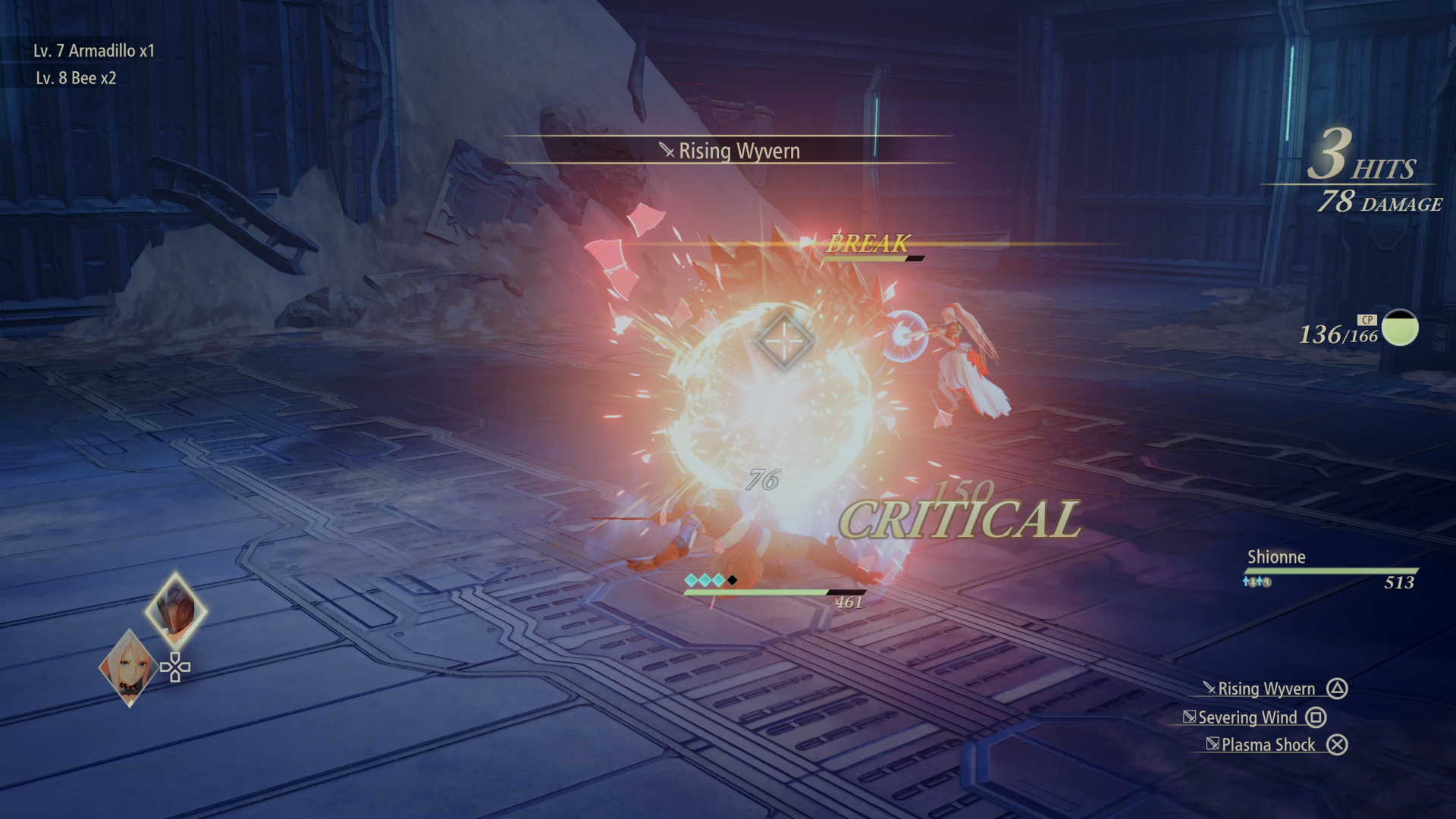 You’ll begin as Iron Mask, mastering a few basic Artes and traditional swipes of the sword, and you’ll learn how to build combos with both ground and aerial attacks. But just as you get comfortable, before you get even the faintest whiff of stagnation, Tales of Arise introduces more variety. You can choose to control any one of your party, each with their own play styles, should you want to mix it up. You can manage your Artes as you unlock more to try new moves and find your preference. Titles for each character can be unlocked giving you more Artes and boons to purchase to further tailor your experience.

But in addition to all this, you realise the inclusion of the six characters and their integration into the combat goes even deeper. Despite only controlling one character, you can, after their corresponding gauge has filled up, call on a teammate to attack your targeted enemy for additional damage, and to add to your combo. But it’s more than that. Each character’s attack serves an additional purpose. Shionne’s, for example, works well on flying enemies and grounds them allowing you to wail on them for a bit. Rinwell, the mage, can halt an enemy’s spell, and steal it from them to use against them. Other characters can disrupt charging enemies or those that keep dodging your attacks. 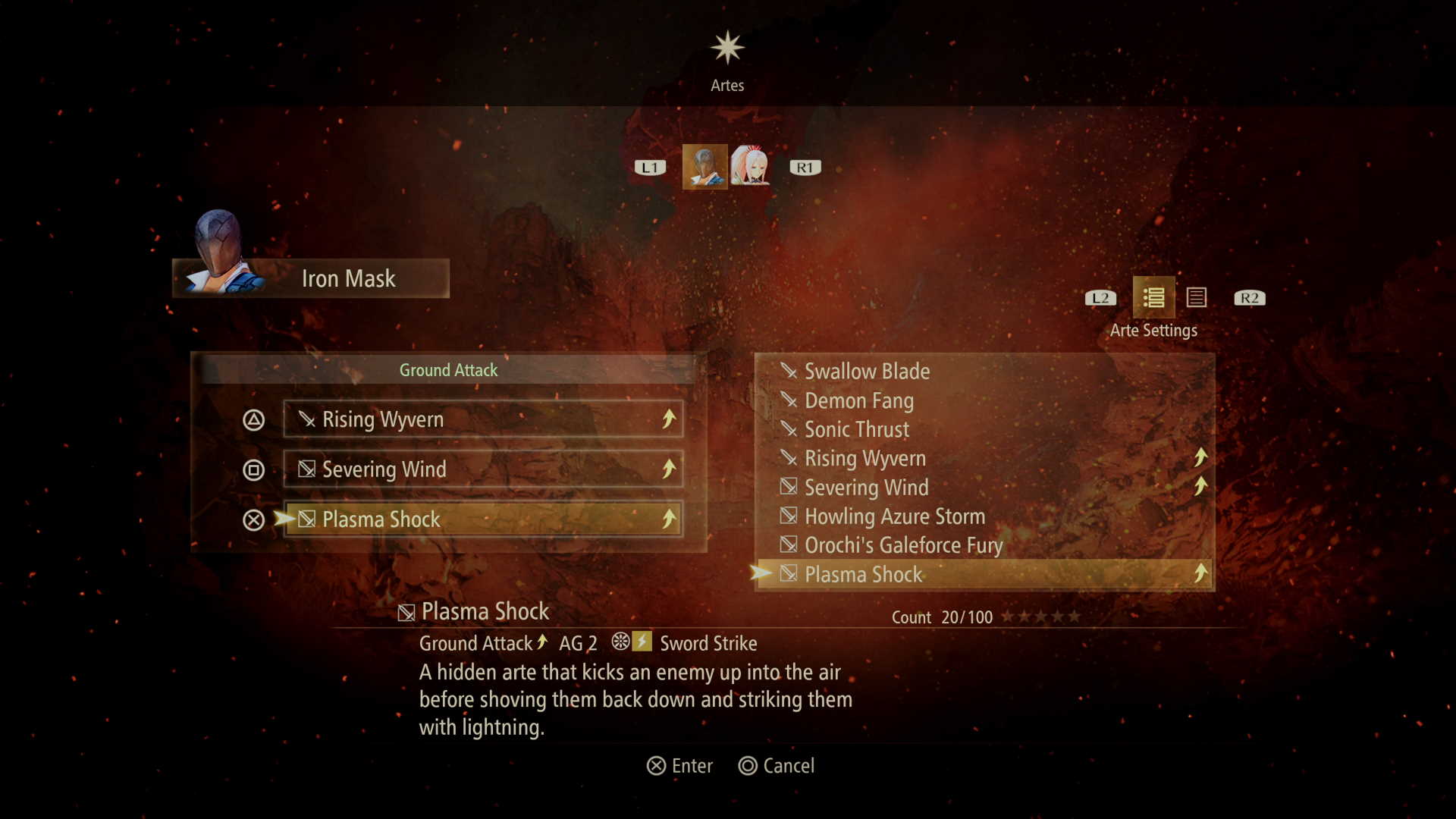 Whilst blindly hacking away at enemies and dodging attacks can work, there’s a level of strategy here that you can use to your advantage. And there’s always a fluid solution to whatever the game throws at you. Combat is just so rewarding when you cleverly get the upper hand or unleash one of the various satisfying super moves you can unlock. Every grunt encounter becomes an opportunity to show off, fill up those meters, and pull off an awesome move or counterattack. Given the tools at your disposal, the combat can be quite easy, although enemy levels are balanced well to your progression. Boss fights, conversely, feel like a real challenge, requiring you to maximise what you’ve learned. Their big health bars can at times feel like a war of attrition but even these are normally fair if you focus on using your arsenal to your advantage.

So much to see and do

Also as you would expect from a Tales title, there’s also plenty of other additional bits to the game to sink your teeth into. You can try your hand at fishing, managing a ranch; you can learn and cook various recipes as well as craft and refine your own accessories for various buffs. All this in addition to the wealth of optional side-quests available to you throughout your journey. And that’s not mentioning the optional collectibles you can hunt for out in the world too. There’s so much to get stuck into on top of a meaty core story, that the hours will rush by and you won’t notice or want them back. 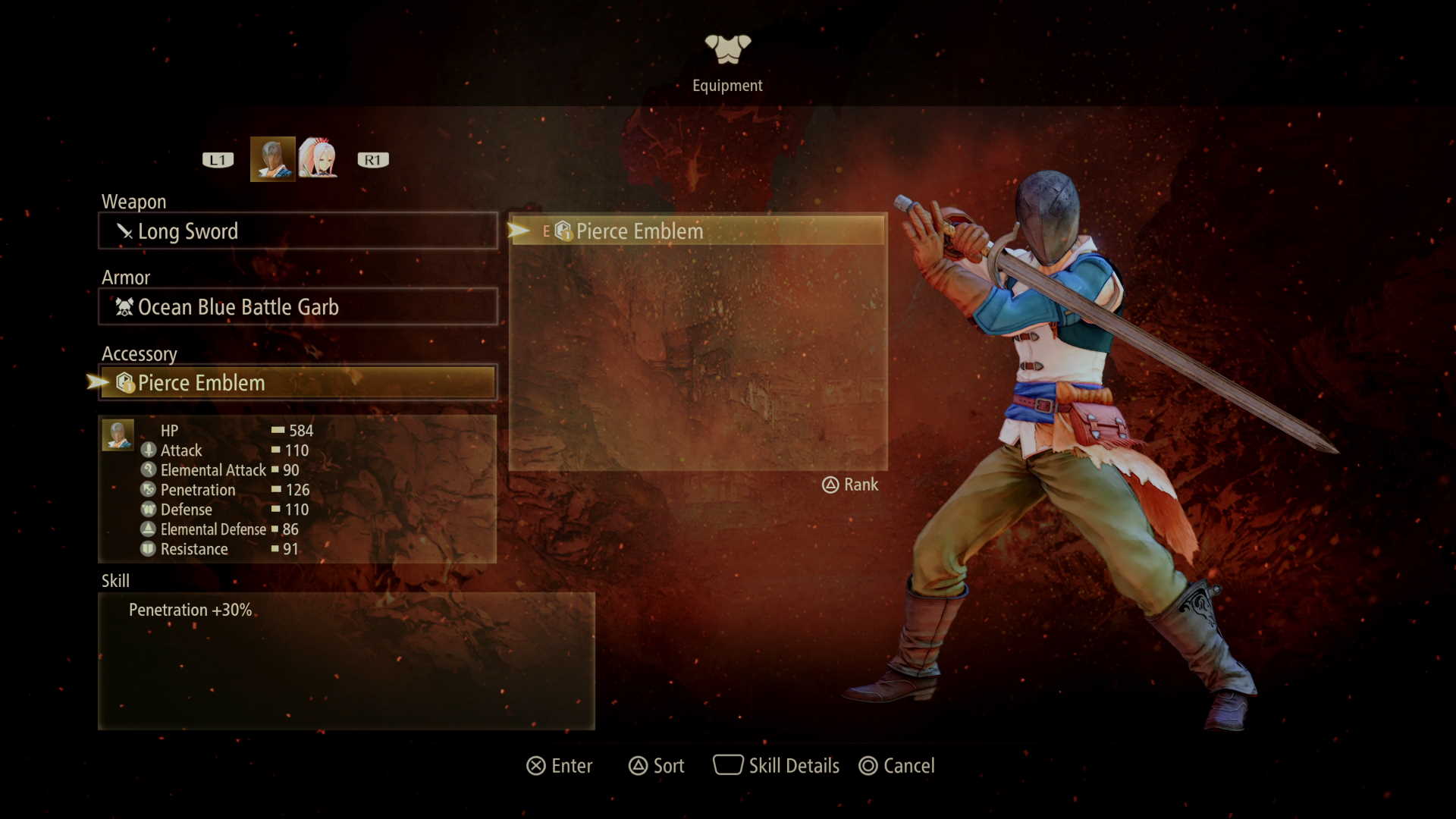 Speaking of time, Tales of Arise is very respectful of it. A fast-travel mechanic is introduced fairly early on, can be used anywhere, and there are plenty of spots to teleport to. The map is detailed and useful and highlights where available side-quests are situated so you don’t have to aimlessly hunt around for them. You can also save at any point which is a nice touch should you be facing a boss or high-level enemy, or should you suddenly realise time has flown and it’s suddenly four in the morning and you really should get to bed.

Tales of Arise | The best Tales game ever?

With the grunt of next-gen behind it, Tales of Arise is also able to finally showcase a truly glorious world as you explore the realms of Dahna. Fiery volcanic fissures glow amid the arid skyline of Calaglia. Other realms reveal frigid, snow-capped terrain or lush greenery teeming with life against the backdrop of breathtaking rock faces. And on PS5 they look positively alive with a level of detail that previous Tales games could only dream of. The character models, despite maintaining that traditional anime-type style, have a level of polish that makes them fit in perfectly. 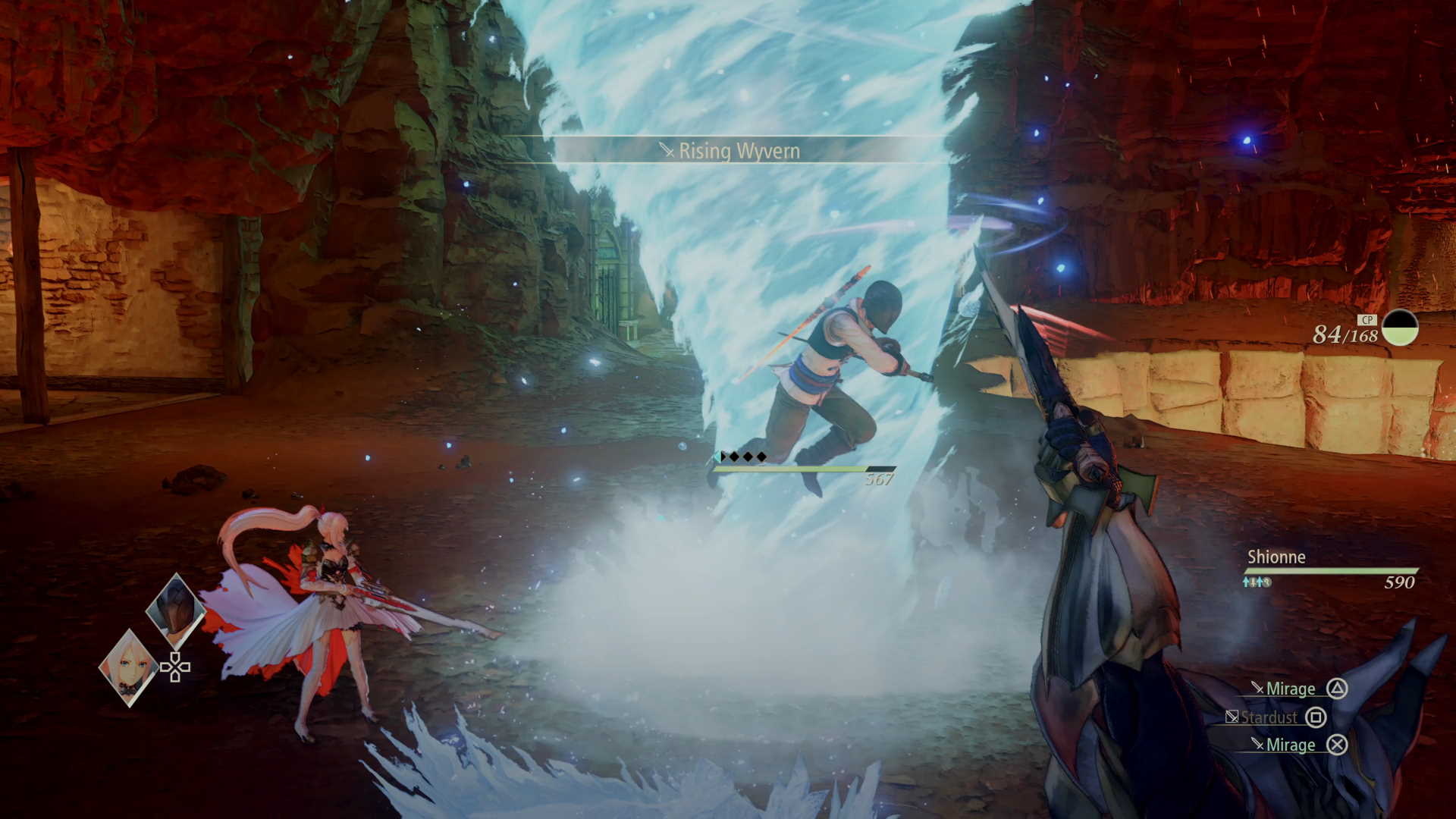 The voice acting is great, delivering lines with a believability that almost goes unnoticed as you get engrossed in the story. It’s only when you step back and realise you’ve witnessed a whole kaleidoscope of emotions and all of them have landed that you applaud what’s on offer. It’s a minor shame then when some conversations are not voiced, as you feel like you’re missing out on genuine immersion. The soundtrack stays true to its JRPG roots but offers a consummate accompaniment to what’s on-screen. Not least the rousing combat theme that perfectly encapsulates your desire to show off and perfect your monster-slaying art.

What Tales of Arise manages to achieve is that glorious pinnacle: an entry in the franchise that is respectful of its roots and what fans love, but also embraces what makes a quality and enjoyable experience in today’s gaming world. It reimagines what a Tales game can be and produces a cohesive whole that will please long-standing fans and turn heads of those who’ve yet to venture into the series. And venture they should, because Tales of Arise is one of the best JRPGs in years. It looks and sounds absolutely gorgeous and could very well be the best Tales game ever made.