previous
Podcast 456: Back 4 Blood, Tales of Arise, The Siege of Paris
random
next
Castlevania: Grimoire of Souls is coming to Apple Arcade
0 comments 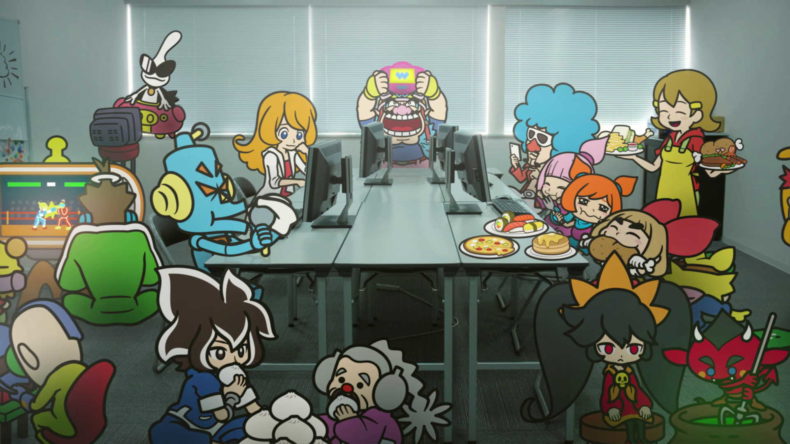 Nintendo’s golden era period is up for debate. Some people I know will often yearn for their drunken student days where Goldeneye was the lifeblood of an evening in front of the telly. Others will remember carrying a Game Boy everywhere. Or if you are really old like me, you may have happy memories of playing Super Mario Bros in an actual arcade. One thing is for certain however, whichever era you care to mention – Intelligent Systems will have had a hand in it, along with the best WarioWare games. Look at their rapsheet and you will see a recurring thread of excellence, particularly the early to mid-2000s.

During this period, sometimes working alongside R & D1, Intelligent Systems dropped a run of nearly twenty utter bangers across a variety of consoles. Among this astonishing list of titles was a new franchise for idiotic anti-hero, Wario. Based upon a mode from obscure Mario Artist: Polygon Studio for the ill-fated 64DD, WarioWare, Inc.: Mega Microgames! was a breath of fast paced, bonkers fresh air that had the ability to elicit a smile of pure gaming joy from even the most skeptical killjoy. Not only is Wario the perfect evil clownish dork to inhabit this universe, but Intel came up with a supporting cast of characters that all bring something to the table and are recognisable to Nintendo fans to this day.

The madcap stupidity and humour on display in the franchise is surprisingly deep and subversive. It walks a balance beam between off-the-wall Japanese insanity, irreverent comics and cartoons, and alternative, abstract Western comedy. It was a huge, instant success critically and commercially and birthed a franchise that is about to see its latest release hit the Switch.

In honour and in fervent anticipation, I would like to break down what I reckon are the five best WarioWare games thus far, and why you should go and play them now, regardless of any cost or inconvenience. 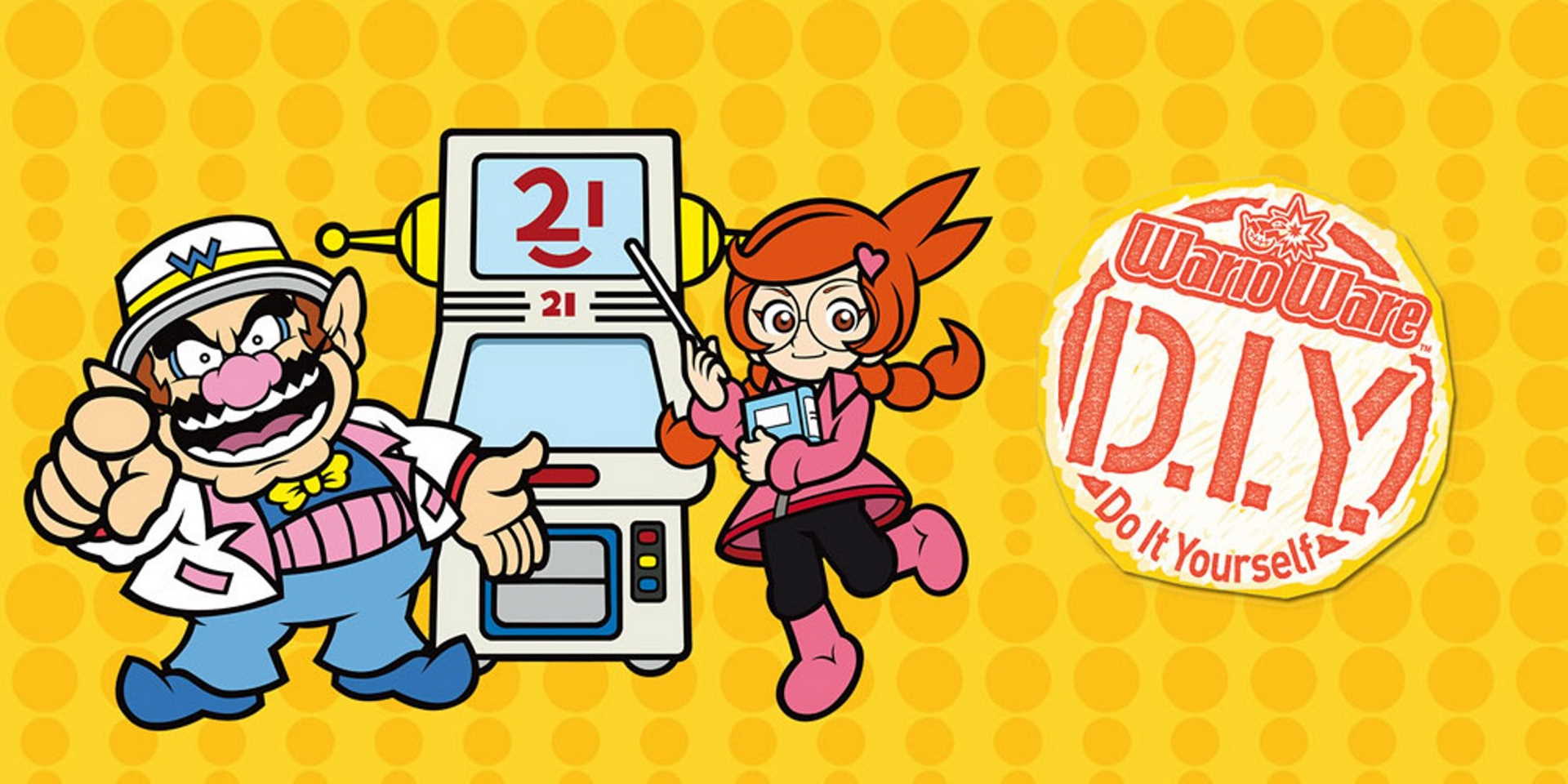 Series overlord Goro Abe is such a dude. He realised whilst making his own microgames with his team, they were having a lot of fun. But he also recalled how his own experiences of videogames that allow the player to develop their own DIY fare could be frustrating, complex and for him often ended in giving up. He surmised that fans would enjoy being able to participate in the creation of Wario-based microgames, as they are more simplistic and easier to produce.

Thus the seeds of WarioWare DIY were planted. And after experimenting with the Wii, the touch screen DS was settled upon as being the console best suited to a creative package. D.I.Y succeeds in that as per Abe’s vision, it makes the work of invention bags of fun. A tutorial that is as comprehensive as it is amusing guides you by the hand, and allows you to start banging out micro-joints using a wealth of tools, stamps, paintbrushes and sounds. There is also a core WarioWare game within the package that offers the thick end of a hundred game.  All locked into specific character themes, that can also be edited and played around with. At the time, you could send your creations to mates. And there was even a Wii tie-in which allowed you to add games from the DS to the white-wanded wonder. 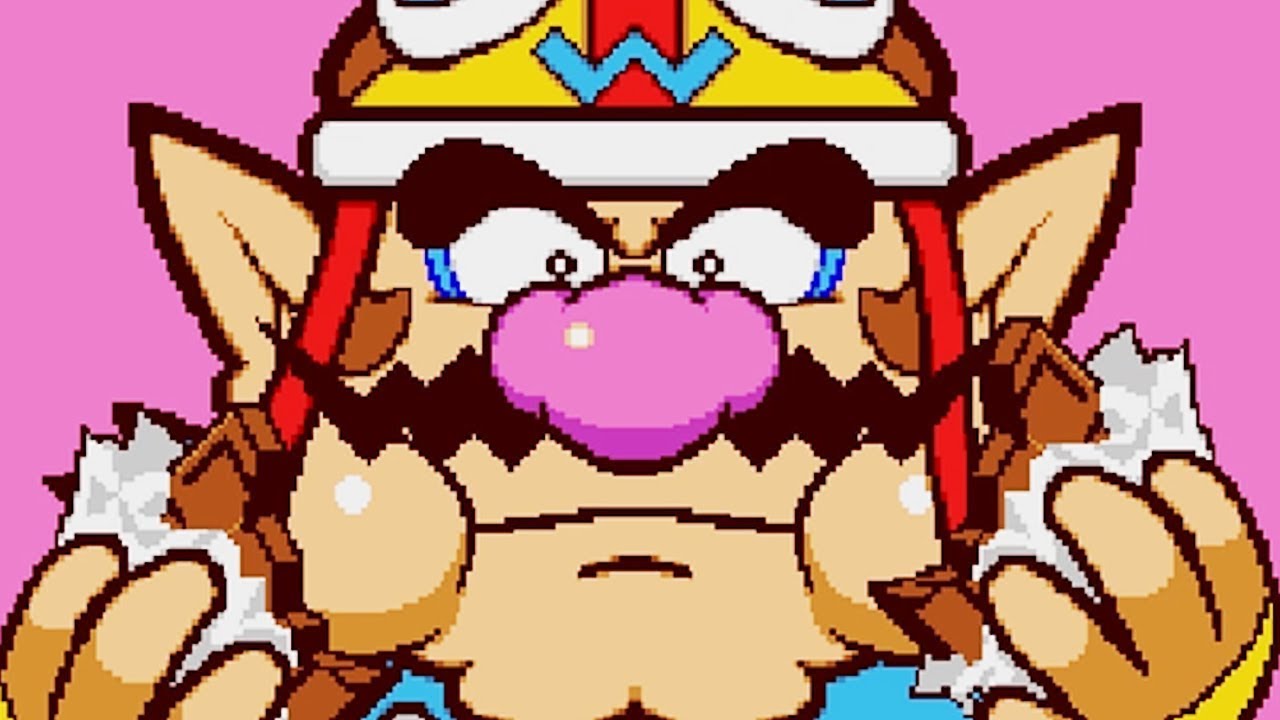 A launch title for the DS, Touched! was a short but very sweet collection of excellently presented, and masterfully implemented micro and mini games. It was also one of the first things I ever played for the touch screen wonder. Making full use of the microphone and stylus tomfoolery, this one will have you tapping, blowing and laughing your way through nearly 200 stages. It features the tremendous 9 Volt retro NES themed levels. It showcases in both the main game and the “toy” unlockable side hustles the true potential of the capacitive touchscreen.

I have lumped this in with Twisted, as the gyro-controlled Game Boy Advance corker was developed in tandem with its DS counterpart. Featuring a genius rumbling NEC-designed gyro within the cart, this one has you literally flipping and spinning your handheld around to accomplish tasks such as emptying bins, flying paper planes (a series mainstay) and washing dishes. It will work on any of the Nintendo handhelds with a GBA slot. But it can even be played in a Gamecube if you can work out how to spin the thing around. Between them, these two games pushed the limits of what a handheld console could do, in classic Nintendo innovative style. Did I mention it also features Wario in his Wario Man superhero guise? Easily one of the best WarioWare games! 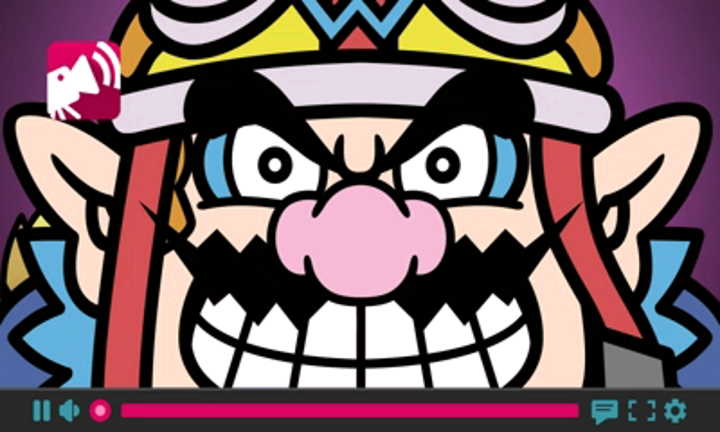 The natural evolution from the previous titles in the list. Gold is a Greatest Hits package that arrived at a time where the Switch was the new kid on the block. So Gold suffered sales-wise as a result. This is a shame as it is an essential 3DS purchase that conveniently splits the huge number of microgames into separate categories. You’ve got button and d-pad controlled like the original GBA game. There’s all-action gyro motion sensor bonkers like Twisted. And touch and mic fun games like your, erm, Touched! It cribs nice elements from the lesser parts of the Wario universe, like the ace Sneaky Gamer mode (from the otherwise underwhelming Game & Wario) which features 9 Volt in a panic-inducing effort to conceal his late-night gaming exploits from his old dear.

There are so many modes, so many unlockables. But also so many laughs that make this a stonking and often overlooked title. It also has a shed-load of voice acting for the first time in the series. This includes a virtuoso performance from Charles Martinet, who injects the titular anti-hero with a gleefully villainous comic menace. Perhaps best of all, you can unlock a tool which allows you to overdub your own voice into the character introductions. Of course this has all of the swearing and idiocy potential you can possibly imagine. 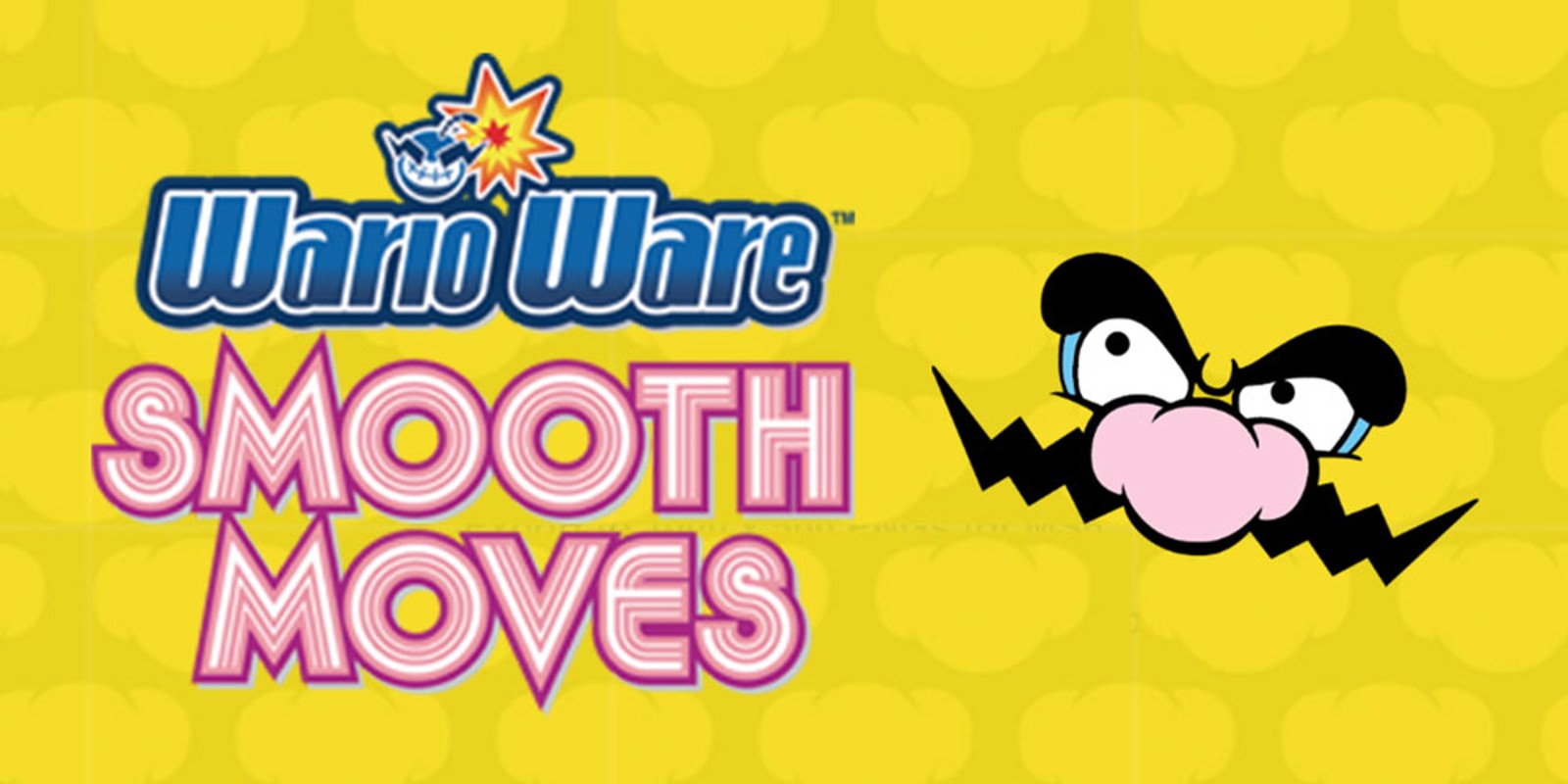 Some of the best fun you can have on a Wii. This remains along with Excite Truck and Konami’s slept-on Eledees, one of my favourite motion controlled experiences for the machine that didn’t involve a Wii Sport. The microgames are well chosen, as well. The controls work perfectly, it looks fantastic, and the storyline is amusing and well written. Overall the package has genuine cross generational party appeal. I love this game dearly and have fond memories of watching my games-hating older relatives gleefully swinging the remote around and guffawing at the insanity of it all.

The tutorial lead-in screens have to be seen and heard to be believed. There’s easy listening muzak, and a laconic, sumptuously delivered narration. I can remember them absolutely folding me up back in the day. And a cursory search on YouTube shows that they are just as funny, incongruous and brilliant as I remembered. You can pick a Wii and this game up for peanuts these days. And I strongly recommend that you do so. 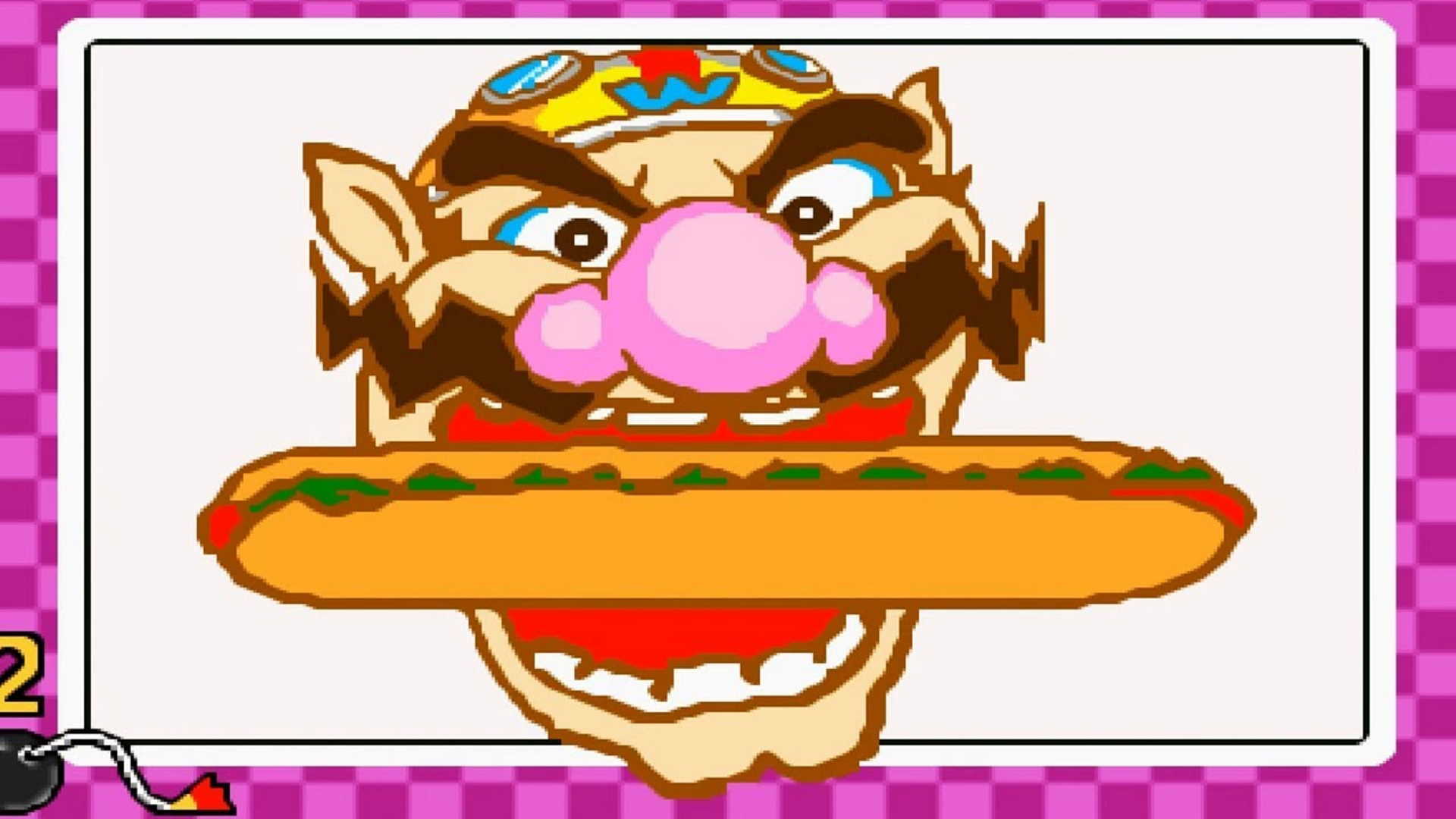 Where it all began, and still the best, most pure expression of a maniacal cartoon villain. When it dropped on the GBA, this was a game changer. An iconic release that all future WarioWare titles steal from, remix or rework in some way. Simplicity is key here: you never have to do a great deal. But every button press or directional movement means something, whether you get it right or wrong. Like the best games, it is seldom that it is not intuitive and obvious what you need to do. Dodge! Stop me! Pound!

A madcap soundtrack, lots of menacing laughter, and a likeable plot underpinning everything. There are over 200 classic micro-bangers here. There’s also some minigames spinning off from the core like Paper Aeroplane Chase, that have become as synonymous with the series as the bogey sniffing, baseball-twatting or flea-magnifying. Quite simply, this is a magnificent achievement. The super Gamecube remake added multiplayer, but this is the original and best. Why not invest in a ‘Cube and a GBA player, and play them both? There you go, definitely one of the best WarioWare games.

WarioWare: Get it Together! is out for Nintendo Switch on September 10, 2021.

The king. If you know, you know.
MORE LIKE THIS
nintendoWarioWariowarewarioware gold