The world needs Monkey Ball more than ever, right now 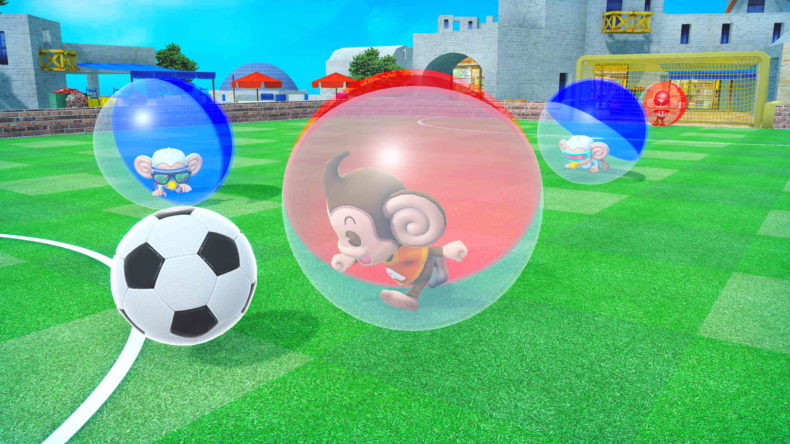 You wouldn’t know it from the somewhat lackluster way the series has meandered in recent years. But the original Monkey Ball is hands-down one of the greatest games SEGA ever produced. Perhaps my most yearned-for era in terms of exercising restraint in the retro purchases department. It was another spectacular high point on the NAOMI hardware.

Seriously though, go and have a look at the full list of Naomi games. Stop salivating, and then consider selling a kidney to purchase them. It was a great system, with some unique games. Samba De Amigo had the maracas, but Monkey Ball’s beautiful stand up cab was fitted with a splendid analogue joystick fashioned like a banana. And it had gameplay so perfectly pitched and balanced that it was even used once in a clinical trial to improve the dexterity and concentration of actual surgeons.

Taking a cue from classic maze-negotiating rollerball fare like Marble Madness, but switching it up so that you tilt the world around your spherical avatar, impossibly handsome Amusement Vision big cheese Toshihiro Nagoshi dreamed up the inertia-based roll ‘em up as he wanted to prove to the world that you could still have success with a simple, low budget arcade game. He was on to something, as the game was a monster hit. It was instantly upgraded and ported to Nintendo’s GameCube, where it became one of the finest launch titles for any console, ever. 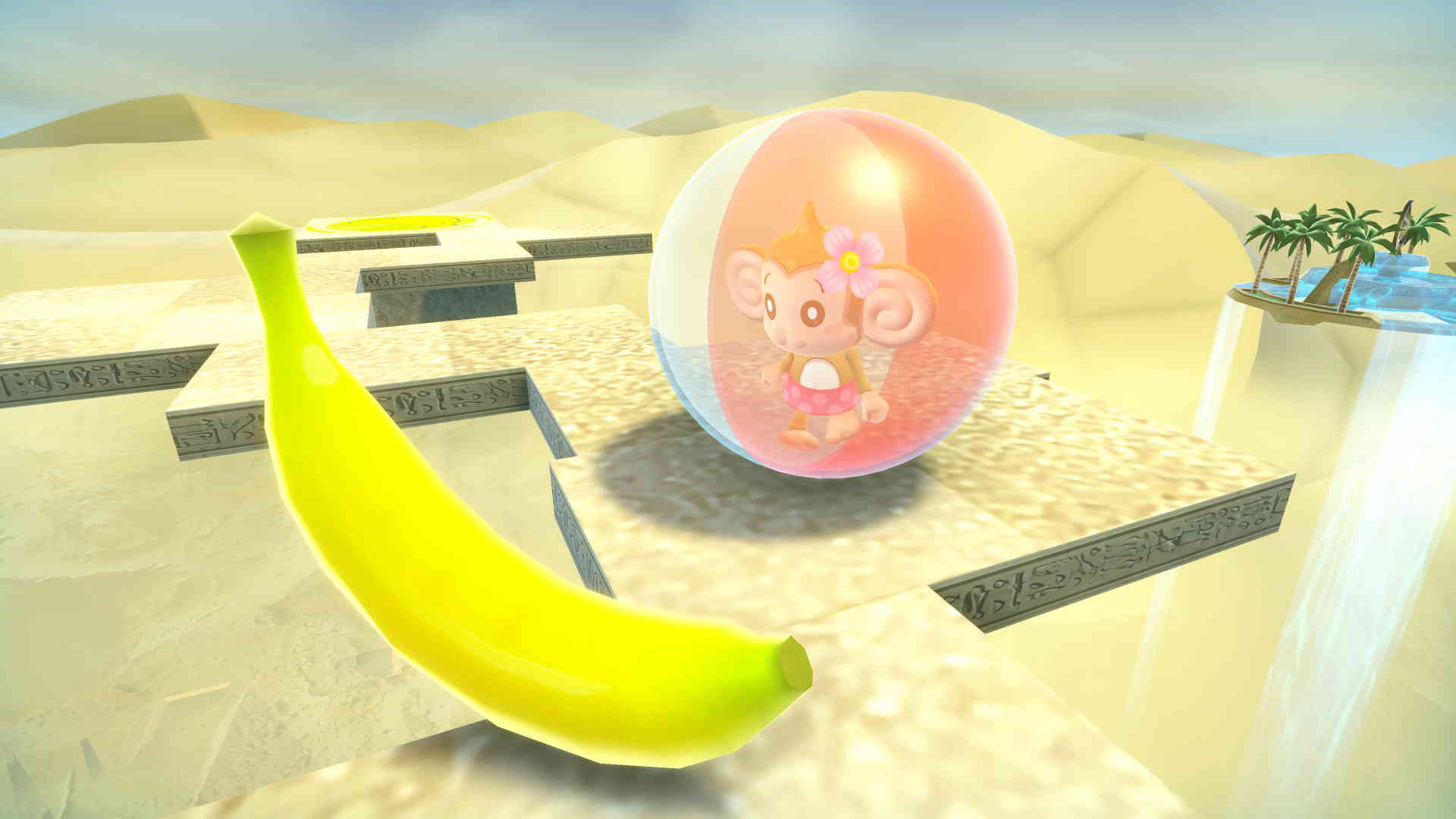 As with nearly any successful mascot-y property, Monkey Ball has been done to death over the years. The quality control hasn’t been great. Motion controls, balance boards, 3D platforming tie ins, etc. The addition of an unnecessary jump move and boss fights are just some of the diminishing return-inducing additions we have seen. I would even go as far as to say there hasn’t been a genuinely great entry in the franchise since 2005. And even then that in itself was the Deluxe remaster. Although it isn’t technically a new game, the upcoming Banana Mania looks like it is about to thrust Ai Ai and co right back into the spotlight. Hopefully it’ll give fans old and new an opportunity to visit some of the dizzying early peaks of the series. But why should you be excited in 2021?

The appeal of Super Monkey Ball is in its simplicity. The arcade game and subsequent Gamecube port and sequel understood this, and represent the purest distillation of Nagoshi-san’s vision. You roll your ball, you collect your bananas, you reach the goal. It is possible to enjoy it in so many ways. Speed runners love it, but it is also one for the meticulous score obsessed. It is also a great time for younger gamers. Seldom has it been more obvious what you have to do in a game. There isn’t really any need for a tutorial. 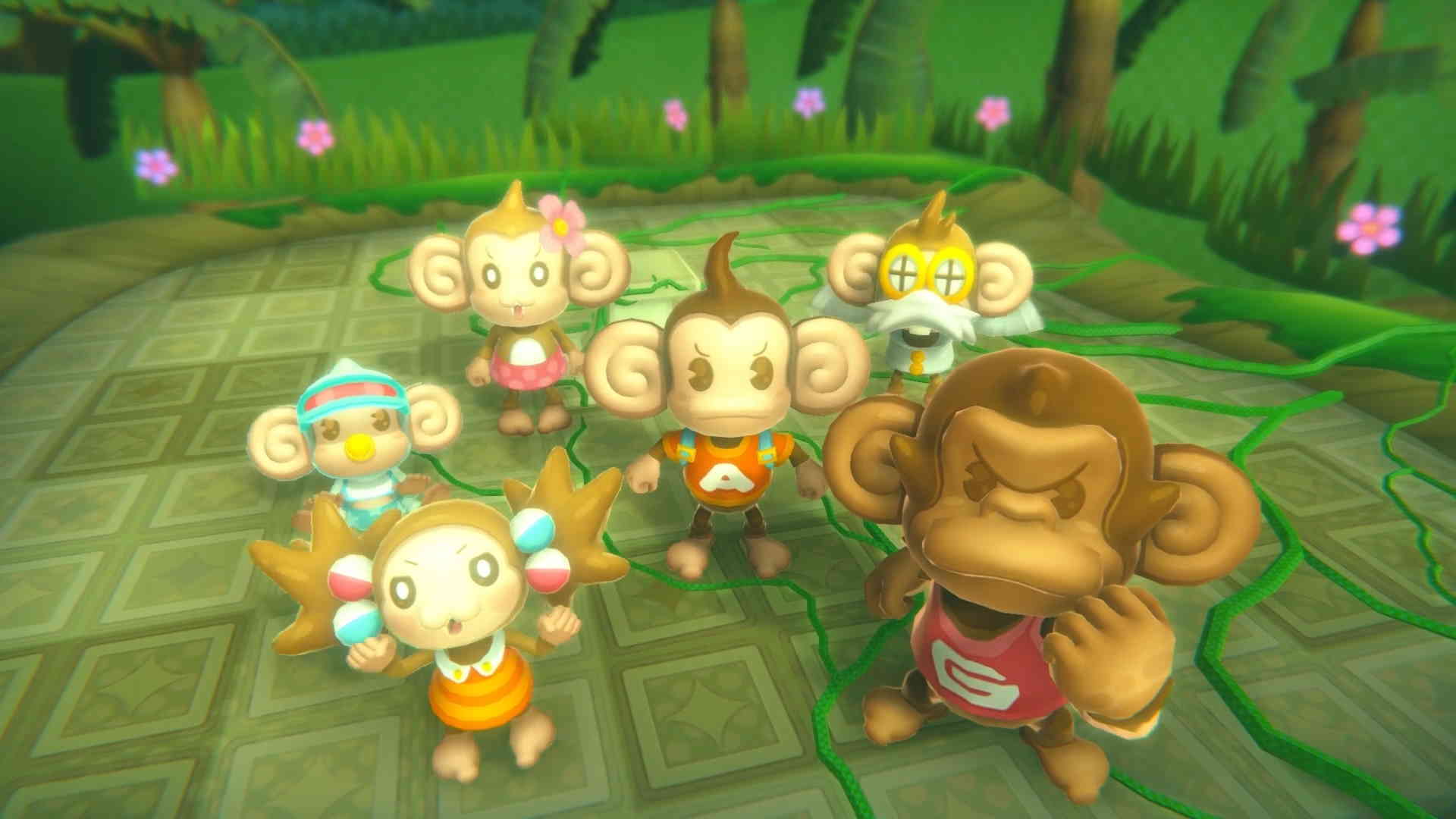 Mania includes all of the main stages from the first two titles, and the Deluxe compilation. This means that you get a gorgeous looking approximation of 300 mind-bending courses to roll through. The graphics have been given a great HD makeover. Tere are tons of customisation options, extra characters, and even proposed future DLC.

Minigames have been another feature of the many Monkey Ball sequels over the past two decades. The Wii era games predictably followed the trend of the period. Here it went absolutely bonkers with a staggering fifty side hustles. Mania brings just the dozen that were originally included in the Deluxe package, with competitive and co-operative local multiplayer. 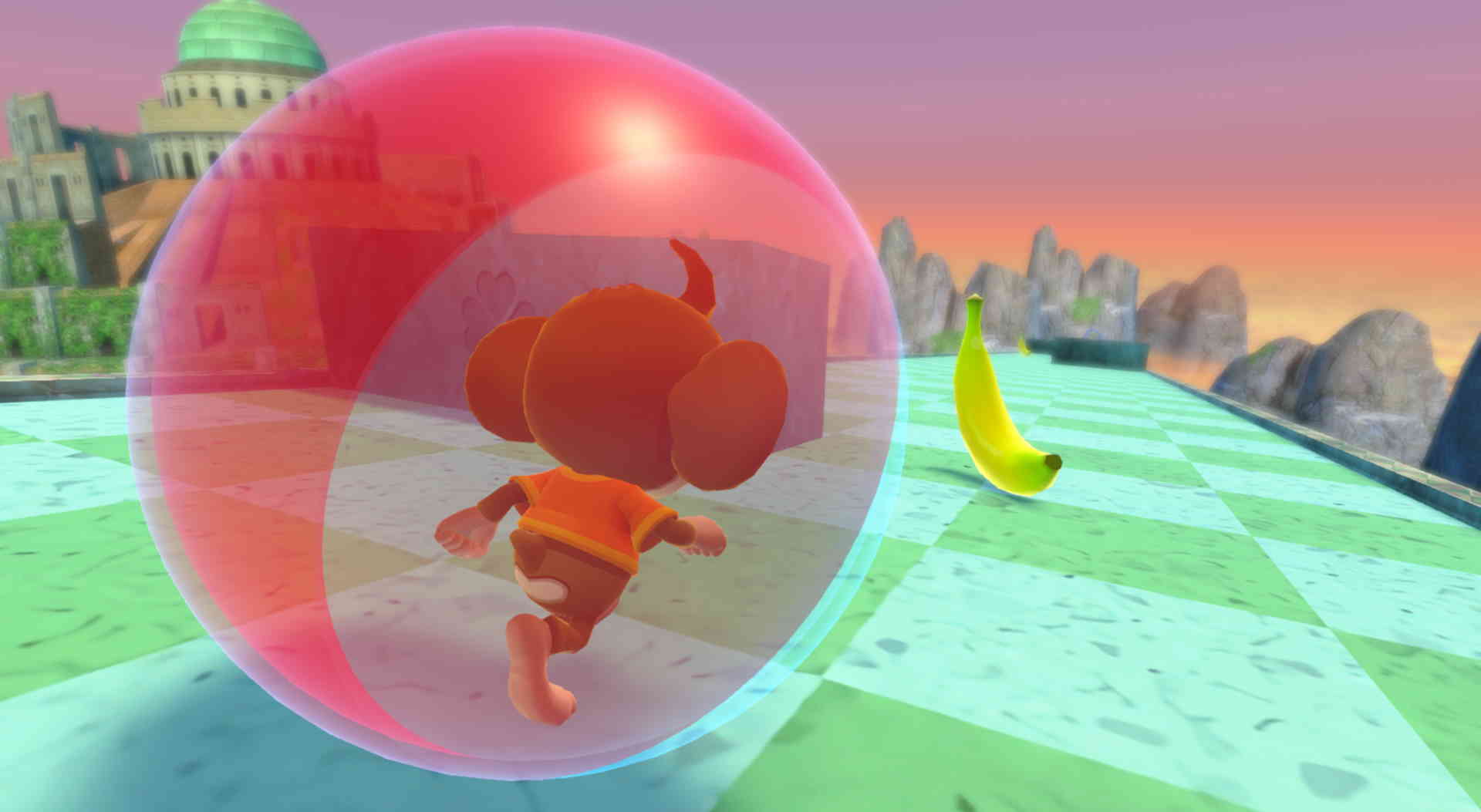 This is great news as there is a lot of fun to be had here. Monkey Fight is a simple yet riotous battle to send your opponents over the edge of the stage with power-uppable boxing gloves. Meanwhile, Monkey Target is a Pilotwings-esque glider affair that is absolutely terrific fun. Monkey Golf, Race and Bowling are, as you can imagine, completely logical minigames for a speedy monkey or other anthropomorphic creature encased inside a sphere. And, accepting the genius suggestion of Alan Partridge, you have a spot of Monkey Tennis.

All of this is going to come with the booming vocal bombast of Brian Matt-Unh, the announcer from the O.G games. This is just to place a nice cherry on top of an already enticing Monkey sundae.

As I have mentioned, the first brace of Monkey Ball titles for home consoles were some A-grade party fun times for all. They had razor-sharp physics and gameplay that stands the test of time quite unquestionably. If the fundamental mechanics are intact and the controls live up to the splendid yellow stick of the Gamecube, then there is every chance that Banana Mania could be one of the surprise comeback success stories of 2021. I for one cannot wait to find out.

Super Monkey Ball: Banana Mania is out on PlayStation, Xbox, PC, and Nintendo Switch on October 5, 2021.

The king. If you know, you know.
MORE LIKE THIS
Segasuper monkey ball