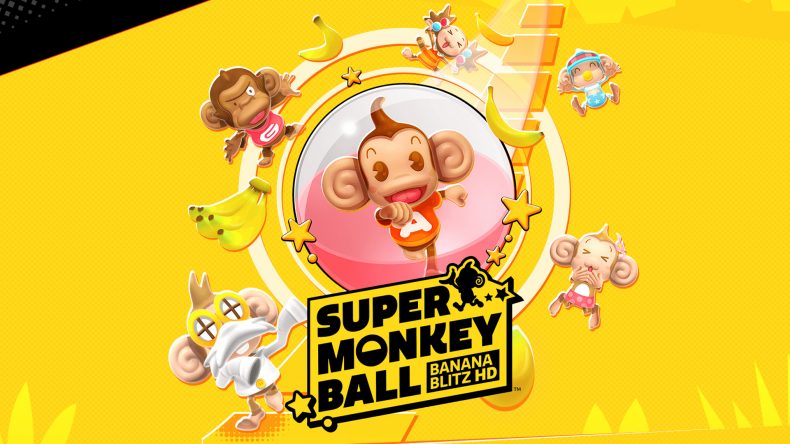 The Super Monkey Ball series will always hold a special place in my heart. At the tender age of 11, I played the first installment on a mysterious and futuristic console called the Gamecube at my local GAME store. Two months later, it made the perfect birthday gift for a young geek. Almost a decade later, you’d still find me playing the occasional match of the mini game Monkey Target, now against roommates at university. Knowing this, it won’t surprise you that when I heard there’d be a Monkey Ball remake… I went bananas.

For the less Monkey Ball obsessed among us, the game is very simple. You play as one of six monkeys in plastic balls, and tilt the stage with the analogue stick to allow your simian friend to roll into the exit gate. Ramps, thin walkways and moving platforms may make this harder than you’d expect, so a steady hand is key. You can also jump; which was added to Banana Blitz as a new feature originally back in 2006, and allows for much easier traversal of obstacles.

The jump mechanic is the biggest problem with the main game. Super Monkey Ball is an entirely different experience when you can jump over opstacles, and a spiritual successor to Marble Madness is transformed into a fairly generic 3D platformer. Each world is made up of 10 stages, which you can either beat at your own pace or try to roll through without a game over for a special medal. At the midway point of a world you get a bonus stage, packed full of bananas to help you earn a few precious lives. The final stage is always a boss fight, and regrettably these range from dull to infuriating. All the standard video game boss tropes are here: missiles you bounce back to the boss, a bird that blows you back, and even a large robot you ride until you reach the weak point on the head (complete with turrets trying to knock you off). The only way to lose is to fall off the stage, which essentially equates to instadeath against bosses that take around 6 hits.

Super Monkey Ball Banana Blitz HD is a remake of the Wii launch game of the same name. Because of that, way back in the noughties, tilt control was the main selling point of the game. This has been stripped out of the re-release, and changing the entire control scheme without changing the stage layouts leads to a lot of very simple levels. What was once a way to learn the intricacy of a new motion based control scheme, is now a game without a ton of challenge for the majority of your time playing. The fifty mini games of the Wii original have also been stripped down to ten. This in itself is understandable – as a launch title, many of the games were little more than tech demos to show off the new hardware. The games left in though aren’t much better; with many of the potentially party starters having less depth than a Mario Party mini game. Spinning the control stick for a hammer throw, or pressing the jump button to clear hurdles isn’t going to hold anyone’s attention for more than a few minutes.

Even my beloved Monkey Target has been gutted beyond recognition. The fun arcade game where you try to fly your ball on a target for points is barely recognisable. There are no power ups, no game options, and you can’t even aim the cannon before setting off to fly. What was once one of the most popular modes in Monkey Ball is now a husk of its former self. There is the option to play all of these mini games online, either individually or in the form of a Decathlon. You never actually see any other players though, you simply compete with their scores and times. When the games themselves aren’t exciting, a basic leaderboard isn’t enough to make you come back for more.

A remake of a Super Monkey Ball game had so much potential, but Banana Blitz HD fails to live up to that. The campaign is marred by a new control scheme and terrible boss fights, while the mini games lack the depth needed for any replayability.

The campaign is still fairly enjoyable

A disappointing package which fails to showcase the appeal of the classic series. Bad boss fights and bad mini games make this remake hard to recommend.