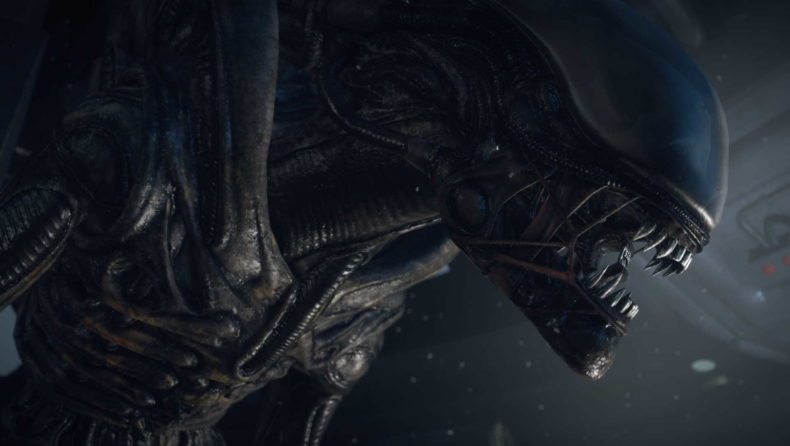 I was born in 1979, and had the kind of liberal parents who allowed me to be scarred for life early doors. And I mean that in a good way, of course. I was allowed to absorb pop culture, films and art however I chose. This comes a fair way to explaining my lifelong love of action and sci-fi flicks, as my formative years were a golden age dominated by Arnie, arcades, Rambo, board games, pirate videos and American wrestling.

One of the iconic franchises from back then also gave me my lifelong fear of being impregnated and subsequently cocooned by an acid-blooded Xenomorph. Alien, and indeed Aliens, was everywhere – even well into the early 90s. I can remember buying the novelisations, glowing green egg on the cover, and a tie-in Kenner board game at car boot sales. I remember the wildly popular Games Workshop tabletop classic Space Hulk borrowing more than a little from the Giger-esque beasts with their Tyranid Genestealers. And then there were the games.

There have been nearly twenty dedicated Aliens titles over the years. You can easily double that if you include the crossovers with Predator, the pinball tables and the many more board games. In fact, the reason I am sat here writing this is because there is another one on the horizon. And it looks like it could be rather good indeed. With the Left 4 Dead-esque Aliens: Fireteam Elite on the horizon, how can you best whet your appetites with some Aliens classics? And which ones should you avoid like an approaching facehugger? 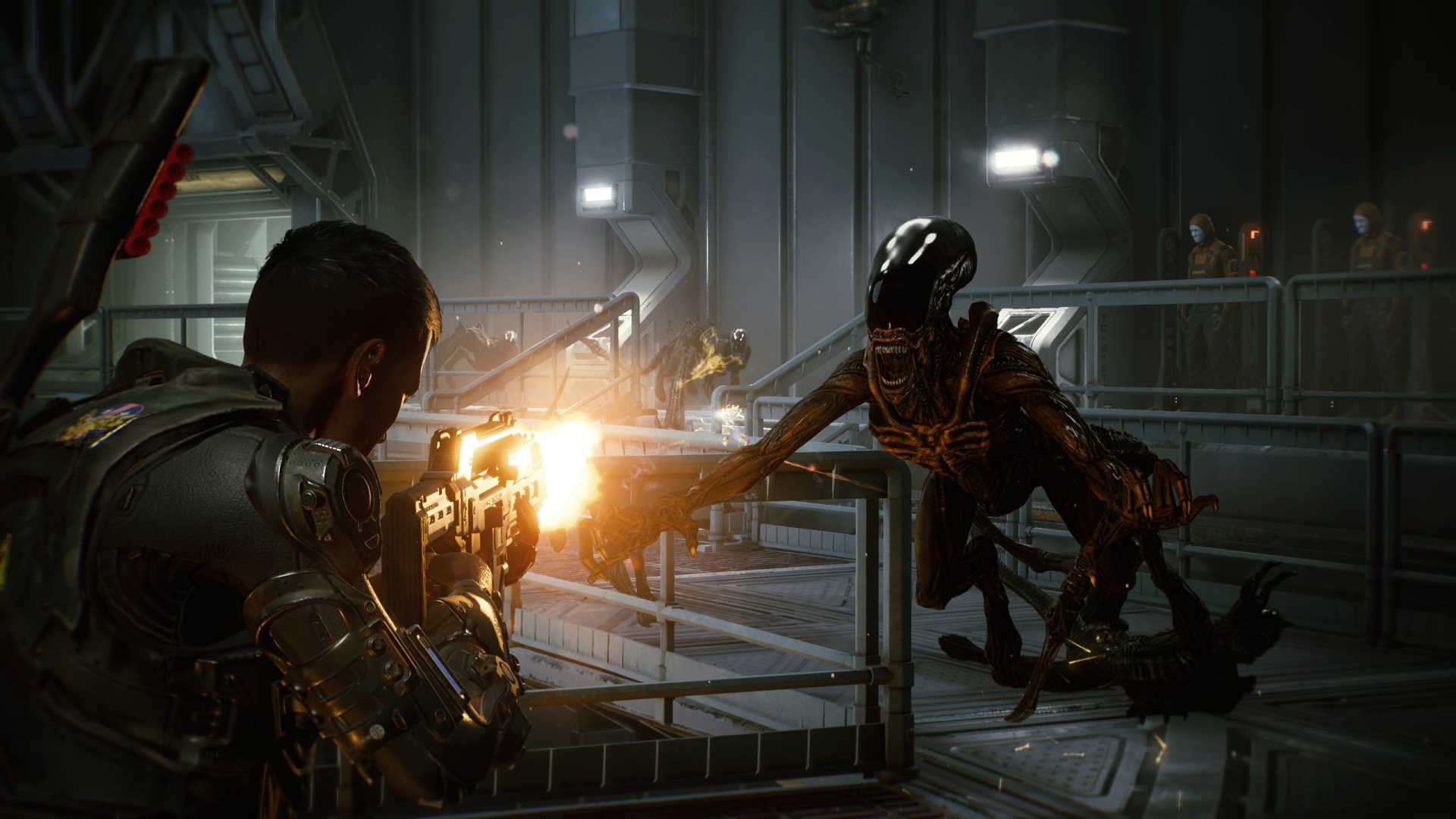 First up, one that was routinely disowned by David Fincher. It also had a gestation period that had script changes out the wazoo. Alien 3 was never going to live up to the high octane space marines actioner that preceded, nor recapture the tense thrills of the original. Nonetheless, particularly in its re-assembled 2003 cut, it is a superb looking example of brutalist sci-fi. And it spawned not one but three-and-a-bit noteworthy games.

The Genesis/Megadrive and Super Nintendo/SNES are the two versions of Alien 3 that will be most familiar, and are against the clock run and gun platformers, standard issue tie-in territory at the time. Both are damn fine 90s fare. But the Nintendo version edges out the Sega counterpart in the aesthetics stakes. It does, however, fall behind when it comes to longevity and gameplay. 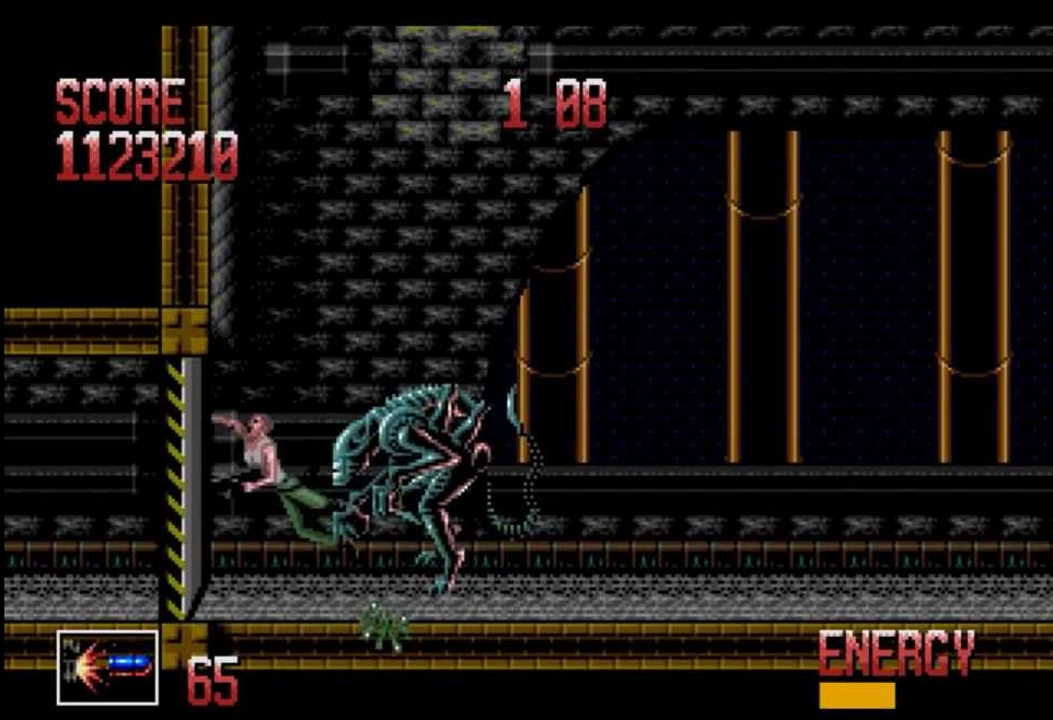 Both titles do a great job of capturing the foreboding, nihilistic feel of the movie, whilst using artistic license to introduce a shitload of weapons and explosions. Even the lesser powered consoles of the time like the NES and Master System had a half decent Alien 3. And an honourable mention goes to the top down Game Boy adventure, which is far better than it has any right to be.

CHECK THIS OUT: Lemnis Gate is a refreshing take on the FPS genre

Action platforming is one thing, but in the grand 1992-93 roll-out of Alien 3 game ubiquity, the real deal was Sega’s ridiculously fine, and hilariously titled Alien 3: The Gun. This one did exactly what it says on the bezel. A two-player light gun classic, it’s one of the best cabinets of its kind from any era. Eschewing the skinhead Ripley in favour of two space marine types, you face wave after wave of aliens, robots, facehuggers and eggs, and, ultimately, the spectre of human greed in a splendid twist ending. It looks great, has a genuinely unsettling soundtrack, and even features digitised swearing. 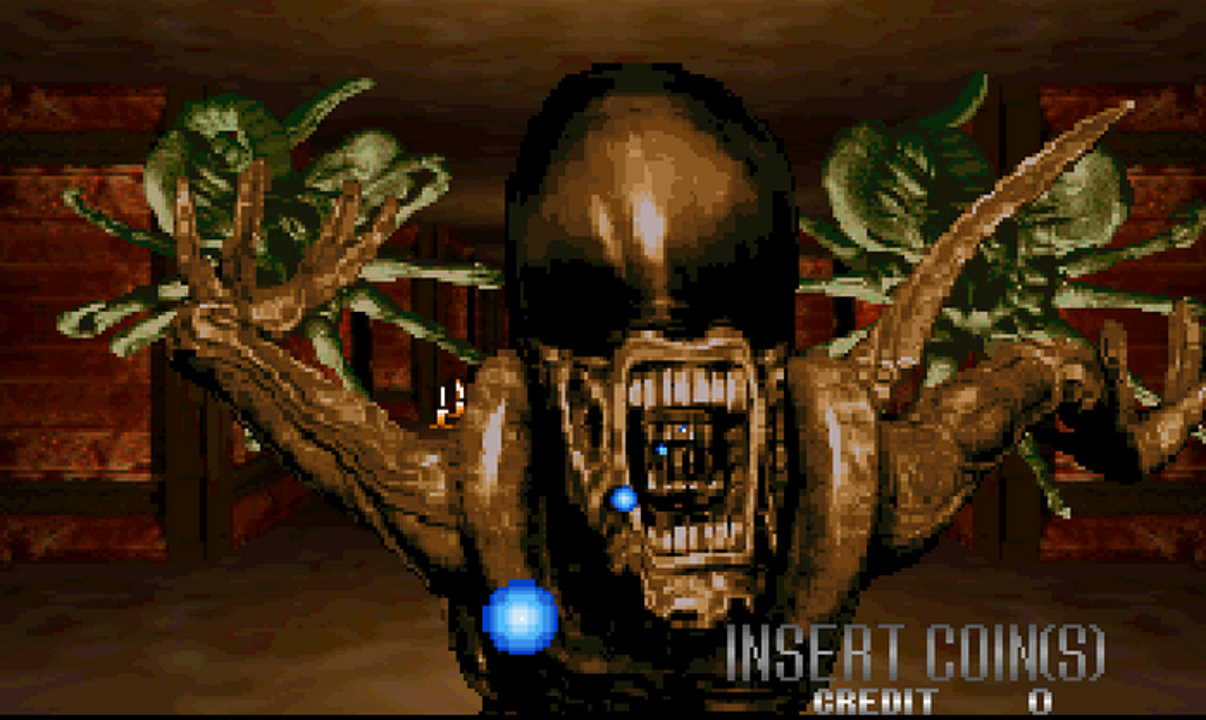 They tried this approach again in 2006 with Aliens: Extermination. It was good, but it can’t hold a torch to its Fury-based forebear. Rounding off the third movie in the series is its inclusion as one third of 1996 classic Alien Trilogy. Like most FPS of that era, it feels cumbersome and limited now. But like Medal of Honor and Goldeneye, we all played the hell out of this back in the day and it remains a fine use of the license.

Doom but with Facehuggers

Essentially Doom with extra facehuggers, this remains a muddy looking charmer. Going back a bit further, there were very few dedicated Alien (1979) videogames. A Pac-Man clone for the Atari 2600 in 1982 and a strategy title for home micros in 1984 hardly set the world ablaze. With its emphasis on action over slow burning dread, Aliens was always going to suit itself more to action. Much like Alien 3 would spawn multiple titles, Aliens had two very different games released between 1986 and 1987 that are like chalk and cheese in comparison. 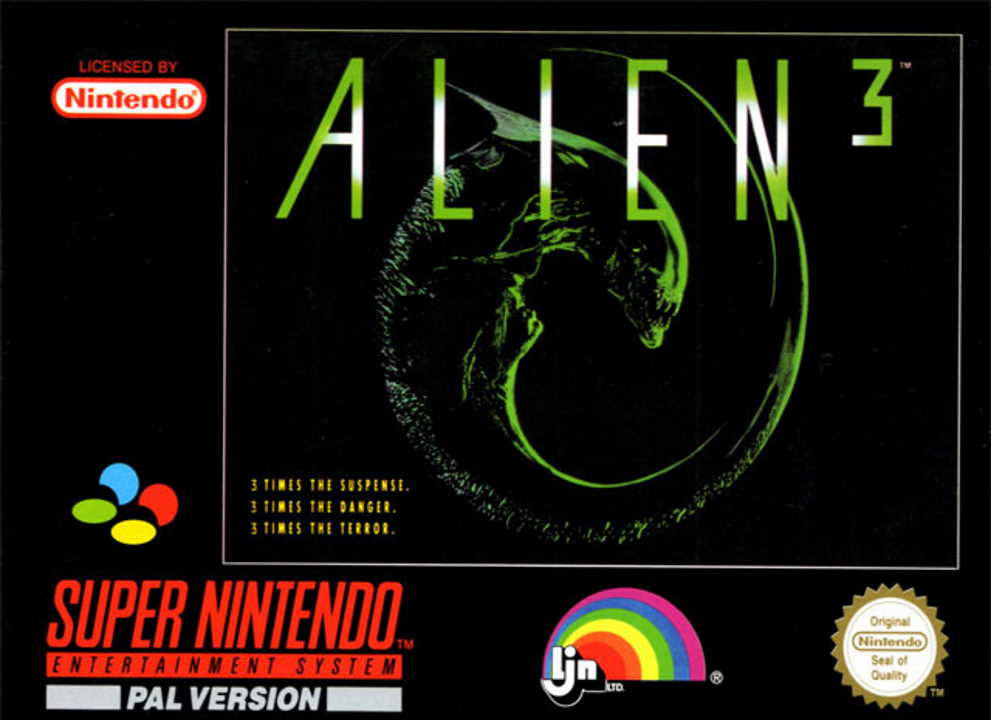 With a none-more-1980s title, 1986’s Aliens: The Computer Game was released for home computers to poor reviews. Much like portmanteau horror films boomed in the 70s and 80s, minigame-based licensed tie-ins dominated the home gaming market for a long old while. Some of these, like this one, were very poor.

Thanks heavens then that in 1987, Software Studios got their hands on the license and created Aliens: The Computer Game? Yes, that’s right. Despite the predecessor being a wet turd of a game, they still retained the same title and tagline. If you managed to pick up the correct version then you got to play the first genuinely great example of an Aliens game. Do be careful though, as I once got my fingers burned in a car boot sale C64 cassette mixup. 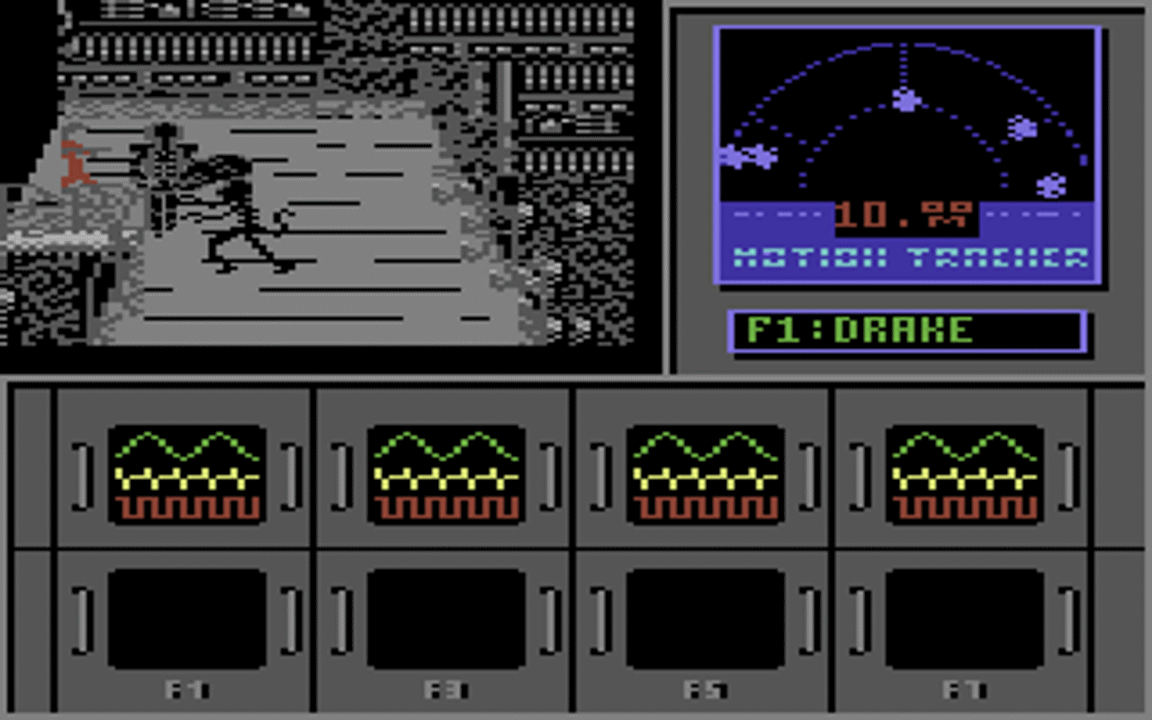 It’s a first-person maze crawler with a brilliantly simple design. Somehow it retains the power to unsettle the player with jump-scare moments and a gradually heightening sense of tension. I loved this one back in the day, and so did the critics. It genuinely captures the feel and structure of the movie, right up to the final confrontation with the Queen.

First encountered whilst holidaying in France in 1990, Aliens (Konami, 1990) is another arcade game that dresses things up with a bit of flamboyant, colourful artistic license, and biodiverse Xenomorph types that are not actually in any of the films. Imagine if they remade Gremlins: The New Batch but with Aliens. Yeah, it’s that kind of thing. It does capture the feel and essence of the franchise, though. And has an oddly blonde Ripley donning the iconic Exosuit – and is decent run and gun. 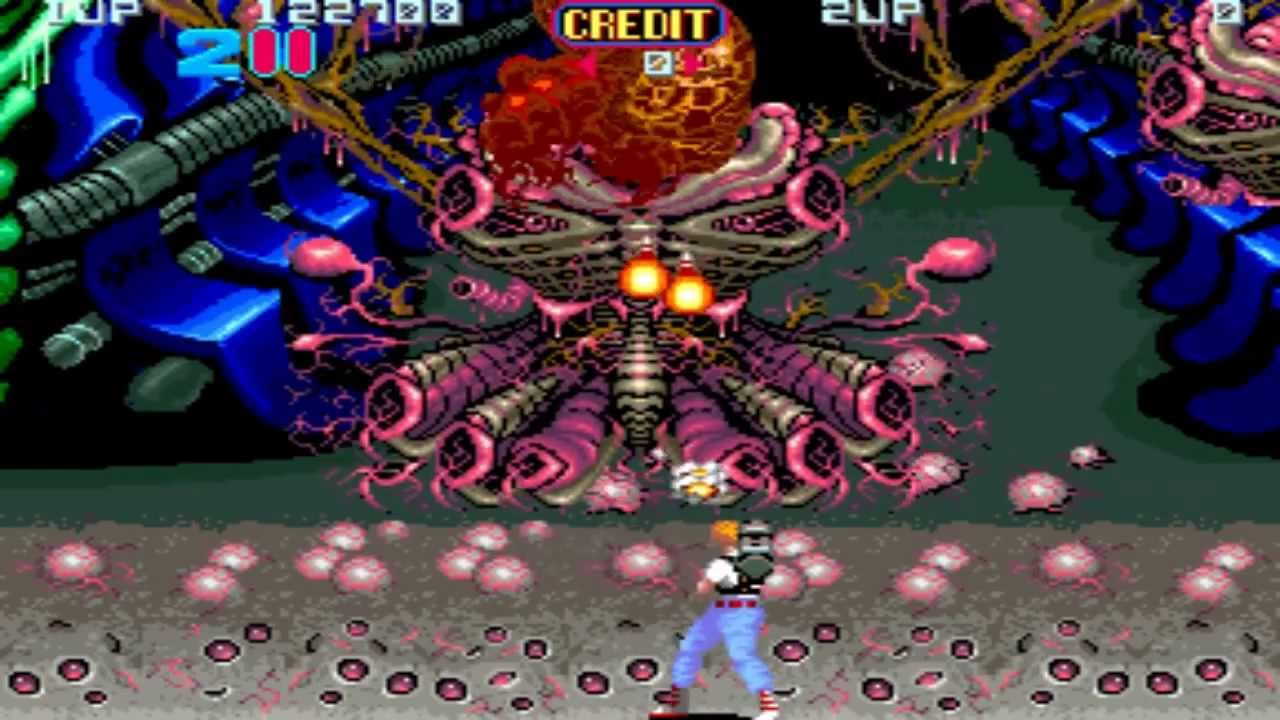 Truth be told, Konami did better arcade games than this around the same era. But this remains a playable slice of coin-op nostalgia. If you really want to get stuck into a genuine classic Alien-featuring arcade game, then look no further than Capcom’s 1994 CPS2 belter Aliens Vs Predator.

Getting modern with Aliens

It came at a time when they could do no wrong in the belt scrolling department. It was a high point for their hardware and packed in more action and weapons than you can shake a xenomorph’s tail at. There has been near constant calls for it to be re-released. But sadly due to its licenced nature, it joins the similarly brilliant Cadillacs & Dinosaurs and Punisher in being emulation only options if you aren’t packing a JAMMA harness and loads of money. It remains the best AVP game, with an honourable mention for Aliens Vs Predator (1994) for the ill-fated Jaguar. 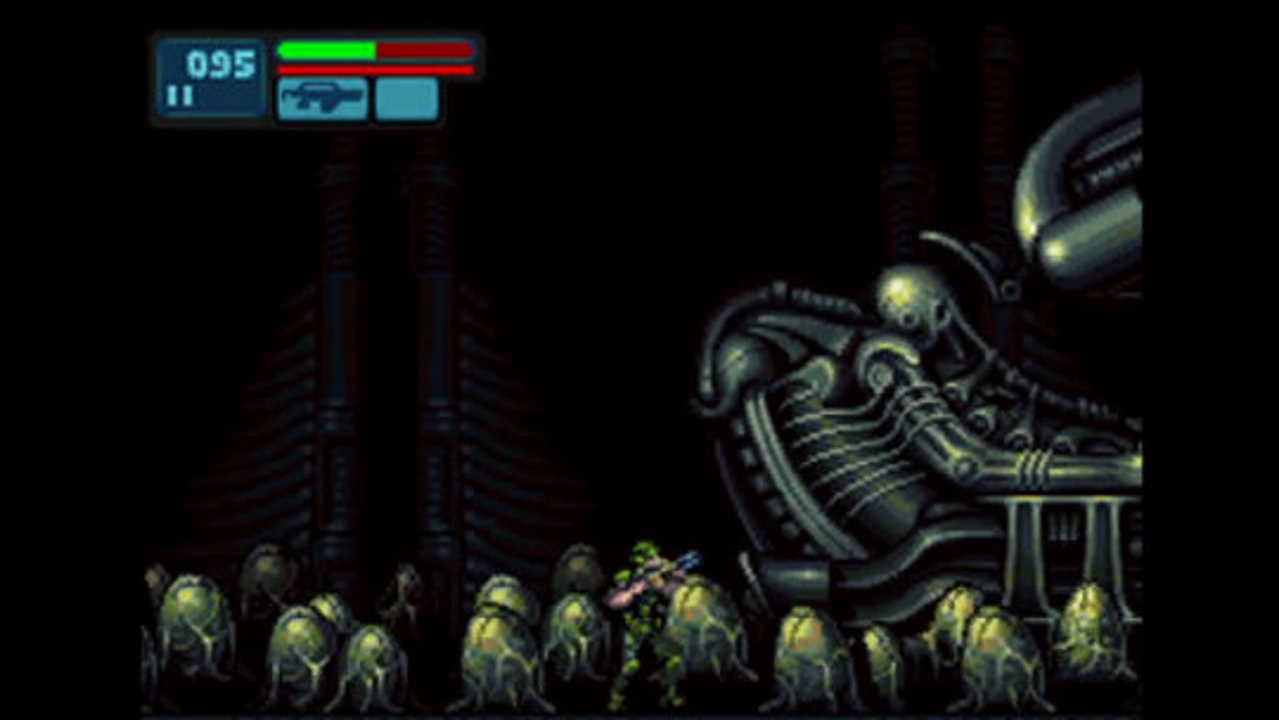 Let’s get a bit more modern, then. Aliens: Infestation (Nintendo DS, 2011) is a superbly presented Metroidvania affair. It even has some excellent comic book art from industry legend Chris Bachalo. It’s essentially the game that Alien 3 could have been if it had taken more cues from Super Metroid. This is well worth revisiting, but commands a hefty price in the secondhand market. Zen Pinball are fantastic, and of course there were a clutch of Alien related tables in 2016. These are as well-designed and fun to play as you expect from the renowned flipper experts.

CHECK THIS OUT: “The Switch version was quite a challenge for us”

Last but not least we have Creative “Total War” Assembly’s well-received Alien: Isolation (2016). This is a scary, atmospheric first-person survival sci-fi horror. It might be a bit too long, but it features plenty of excellent spooky space station exploration. 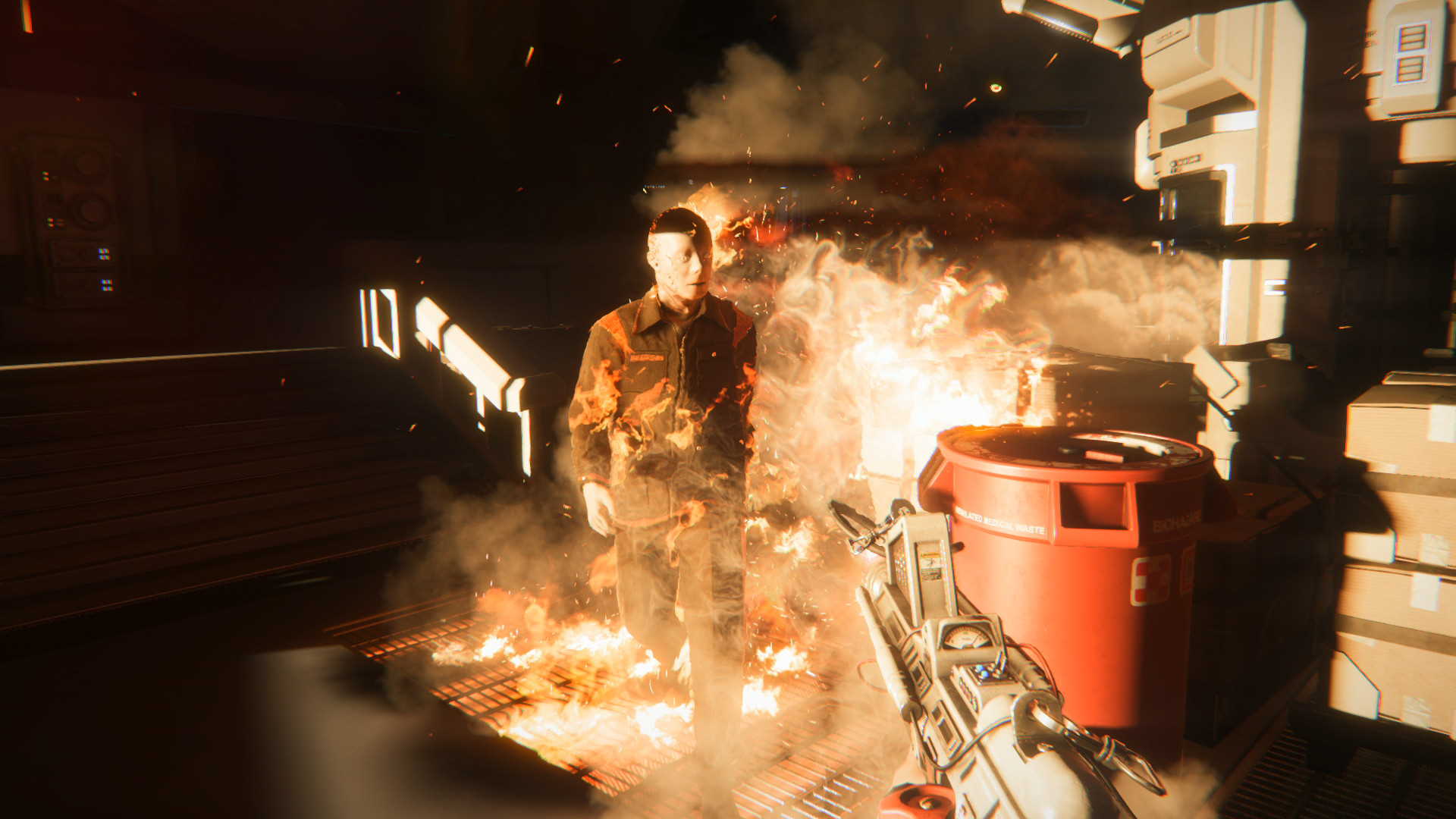 In terms of what to avoid, then I would have to single out the one obvious big-time Alien faux pas. Yes, it’s Gearbox Software’s terrible Colonial Marines from 2013. Colonial Marines even got panned for false advertisement. But here we are. The game was essentially a stillborn chest-burster with inferior graphics and performance than its press demo content. It has crap AI, a hypermasculine, bullshit plot full of irritating characters, and cheap production values. This was a shameful effort and a low point for the series, especially given the technologically advances available.

We live in hope that Aliens: Fireteam Elite can provide us with another bug-shooting high point.

Aliens: Fireteam Elite is out on August 24, for PC, PlayStation, and Xbox formats.

The king. If you know, you know.
MORE LIKE THIS
AlienAlien 3Alien: Isolationaliens