previous
Behold the first-ever Non-Player Character awards, presented by Xbox and Ryan Reynolds
random
next
Car Inspection – Everything You Need to Consider
0 comments 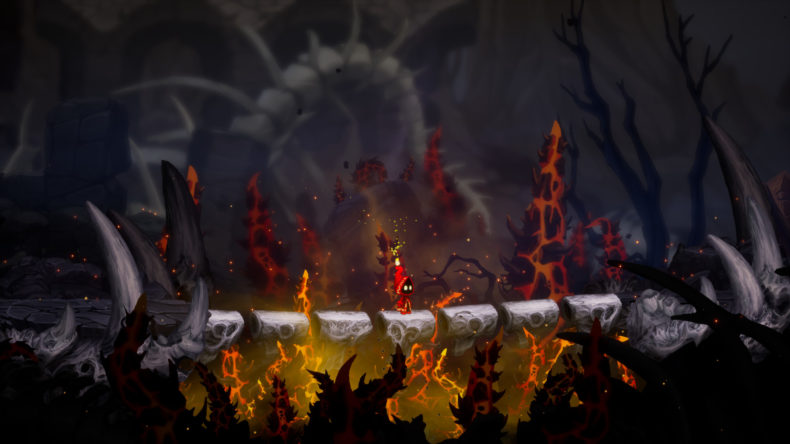 Today marks the release of Unbound: Worlds Apart, a new Metroidvania from Romanian developers Alien Pixel Studios. This Kickstarter backed game is by far the most ambitious title from the studio, with puzzling portal-based gameplay and an intriguing dark atmosphere.

We were lucky enough to be able to talk to Alien Pixel Studios about the game before release, and find out more about the development process and some of the inspirations for the new title.

How important was it for you to make the game eye-catching?

The art style is very important for each game, it gives the game more character and personality, and so it is very important. Especially to Unbound, we did want to create an atmospheric game, not just a puzzle-platformer, the art was one of our key interests for this game. We have a team of very dedicated artists that worked a lot and made the game as beautiful as it Is now and we are thankful to all of them.

Will there be elements of traditional folklore in the game, or is this a world of your own creation?

Although when setting the art direction, I drew some inspiration from the old fairytales as the atmosphere goes, the world is entirely our own creation, the monsters are unique and they act differently according to the portal the player uses. We also gave a little quirkiness to each monster we have, we did not want to have only scary monsters, they needed to be a little different from the “usual” monsters, so some of them might seem even funny at times, that is until they attack you… 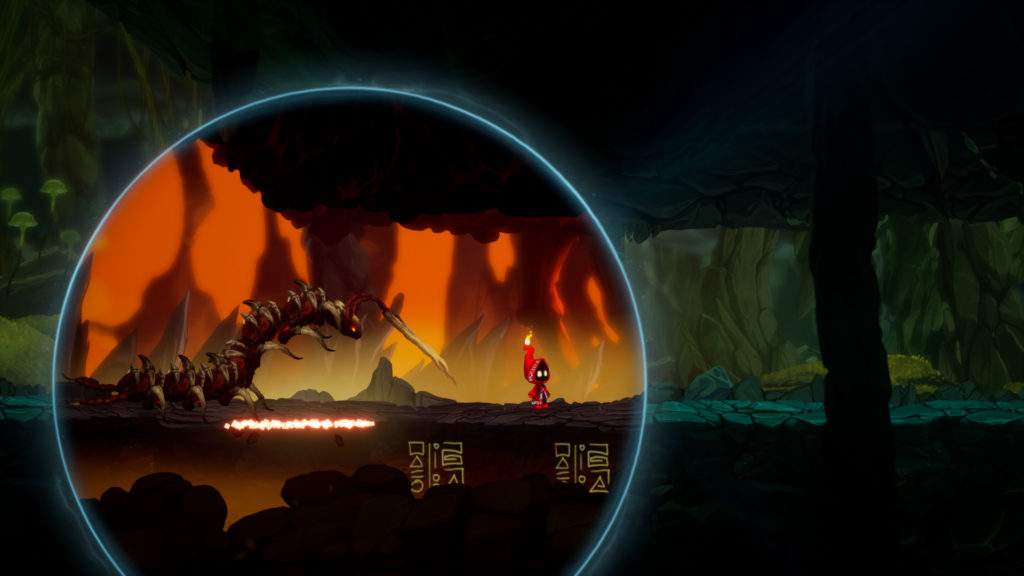 I’ve seen comparisons to beloved games like the Ori series and Hollow Knight from fans. Are there any particular games that inspired you to create Unbound?

We did get compared a lot to Ori and Hollow Knight, which we want to take as a compliment and these two games were a part of our quality benchmark in terms of art, game flow, and the general feel and atmosphere of the game. We also looked up to games like Portal, Braid, Limbo, Rayman, and so on. All of these games are extraordinary and we did try to learn from them as much as possible but at the same time trying to stay true to our vision as well.

So far we’ve seen portals that change the environment, gravity and lighting. What other portals can we expect to see in the full game?

We do have 10 different portals, and I will not spoil all of them here :), we need to leave some to the players to discover. What I will say is that my favorite portal is the Time-Stop portal, just as a sneak peek 🙂 and I will leave you to discover and choose your own favorite portal. 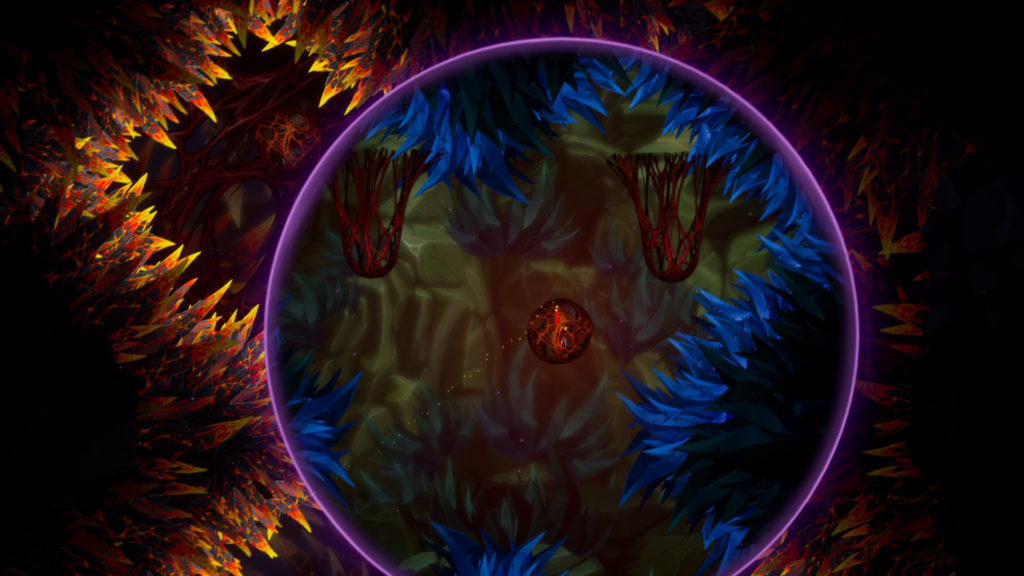 Unbound has had a very successful Kickstarter campaign with over a thousand backers. How has the process of using Kickstarter to fund development been?

The process of getting the campaign to life was a very difficult one. Especially for us, since we are from Romania, and Kickstarter does not cover our territory. We did have to find partners reliable enough to publish the campaign from one of the territories covered by Kickstarter. So it was an additional hustle besides building and running the campaign itself.

In the end, we were very happy with the results and it is worthwhile doing a Kickstarter campaign. Not only for the funding but for a number of different reasons as well. Some of those reasons are proof of concept, feedback, engaging with your audience, etc. If you are thinking of making a Kickstarter campaign, our advice will be to go for it. But do your homework before, research as many successful and unsuccessful campaigns, and learn from all of them.

One stretch goal I’m glad to see broken is for the Switch version of the game. How has the process of porting to Switch been? Did you have to make any significant changes?

The Switch version was quite a challenge for us. Nintendo made us “jump through a lot of hoops” but we managed to get the game to the Nintendo Store. There’s minimal differences between Switch and PC versions. But we worked a lot on improving the performance so we didn’t need to downgrade the visuals for Switch.

The game is out today! is there anything else you want to say about Unbound to get people excited to play it?

It has been an adventure and a labor of love for us. We poured a lot of effort and creativity into it. It is our biggest and most important project and we are proud of how it has become. We really hope to see the players enjoying the game and its mechanics. Our biggest joy is to see players get surprised by the different portals and then arguing which one is the best portal of the game. 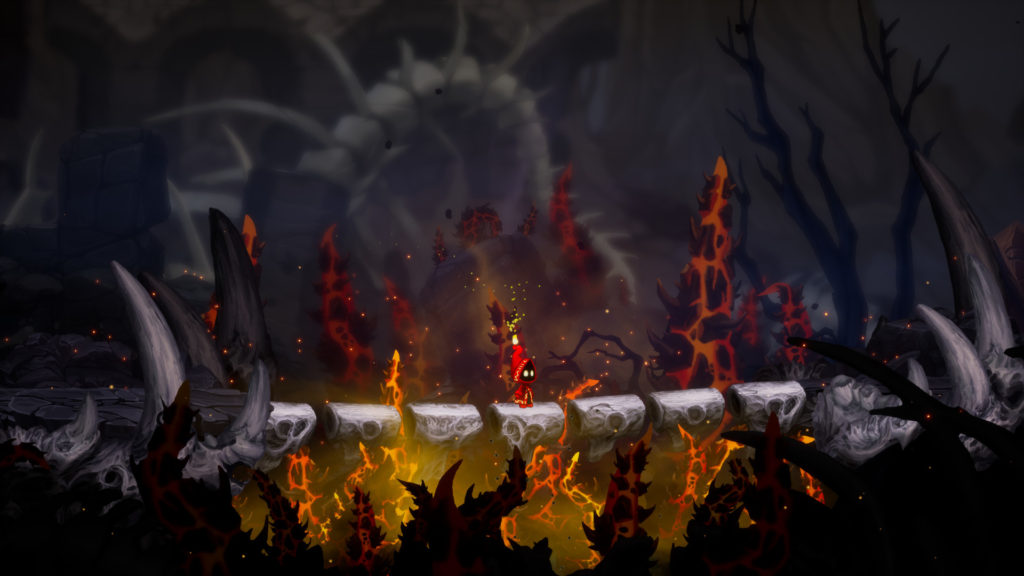 Unbound: Worlds Apart releases on PC and Switch today. With all the love that Alien Pixel Studios have put into Unbound, I sincerely hope that the release goes well for them.