New Xbox Dashboard and Backwards Compatibility scheduled for next month 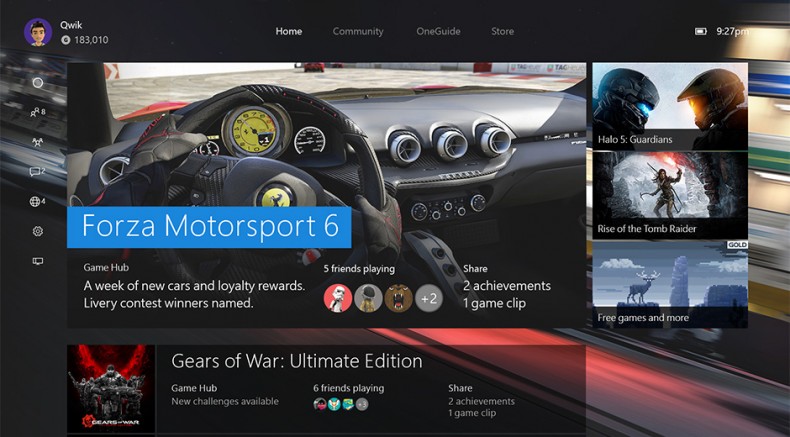 The new Xbox One Dashboard will be finally released to everyone on 12 November. With the release, Xbox One owners will finally be able to access the Xbox 360 backwards compatibility titles announced at E3 earlier this year.

The update will include the titles already available to Preview members as well as hopefully others which users have been voting on over the past few months. The current “hopefuls” list can be found on the Xbox forums. There has been no firm communication as yet as to which titles will be included.

As well as the Xbox 360 library access, the update will also debut the new user experience with the UI ovherhaul which will match the Windows 10 Xbox app.

Likes to shoot stuff and wear pretty shoes. Is a BEAST at Titanfall.
MORE LIKE THIS
Backwards CompatibilityXbox OneXbox One Dashboard