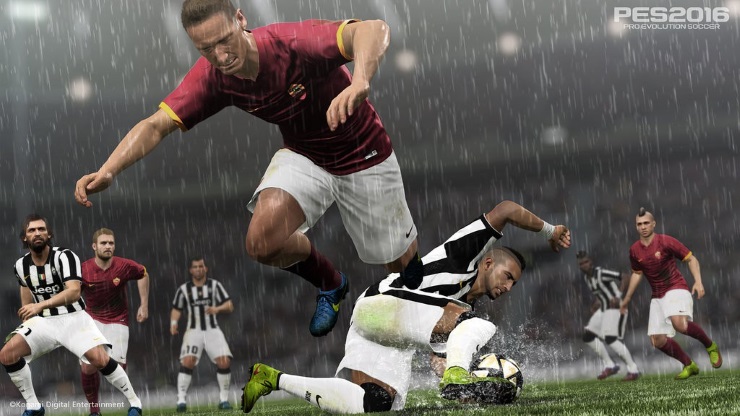 Konami have announced that their upcoming UEFA EURO 2016 content will be free to every PES 2016 player.

The extra content, which is yet to be defined, is set to make the most of Konami’s use of the UEFA License and will coincide with this summer’s tournament.

‘It has been a difficult few months for the fans in how we have been delivering content in our recent Data Packs, with some items missing that our consumers expected. The PES Production team appreciate their fans’ support and want to reward their support and bring back confidence in the Data Pack releases. With this announcement, we hope we can regain their trust.

The next Data Pack is scheduled for early December, including the Maracana stadium, more faces, new national team kits, club teams and the player roster which was confirmed on October 19th. We strive to keep delivering quality content to our fans, for free. The content of the UEFA EURO 2016 content has yet to be defined, but all content delivered by Data Pack featuring EURO for next year’s prestigious tournament will be free to all existing users.’

The PES 2016 team have come in from a lot of criticism from fans in recent weeks as, quite controversially, the offline team rosters still haven’t been fully updated. Hopefully that will be rectified soon.