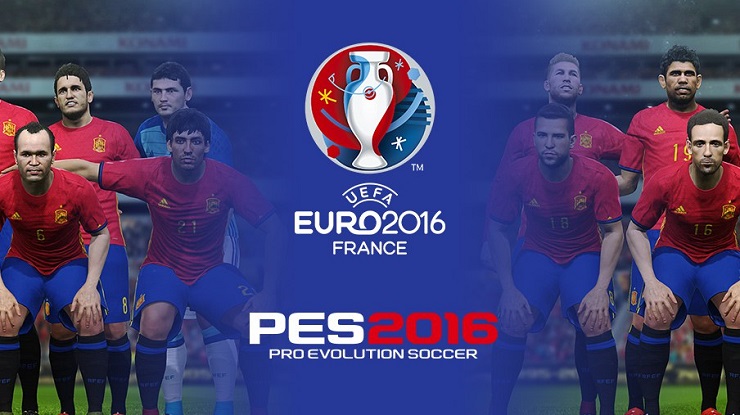 The game will feature full iconography and presentation elements from the football tournament, including the Stade de France, hundreds of player faces,15 fully licensed teams and the latest strips for England, Spain, Germany, Portugal, Wales, Ukraine, Italy, Czech Republic, Slovakia, Croatia, Iceland, Albania, Turkey, Northern Ireland and the hosting country, France. It will also boast the unique playing styles replicated by the Player ID and Team ID systems, mimicking the styles of the players and teams on the pitch.

There are top-level promotions and competitions planned whilst the tournament is running, including unannounced myClub promotions and incentives such as the new Euro Special Agents: a new incentive which allows you to poach high performing players for use within myClub.

The physical copy of the game will feature the original PES 2016 and UEFA Euro 2016 game along with a whole host of exclusive myClub rewards like a special Ambassador Agent and 10,000 GP each week for 10 weeks. As for other branches of the PES empire, Konami has announced bespoke content for PES Club Manager and PES Collection titles for iOS and Android devices, due to be announced soon.

Video games are cool. Don't let anybody tell you any different.
MORE LIKE THIS
AndroidEuro 2016iOSKonami