Konami Apologise for PES 2016 Data Pack Problems, but Fix Remains “Some Weeks” Away 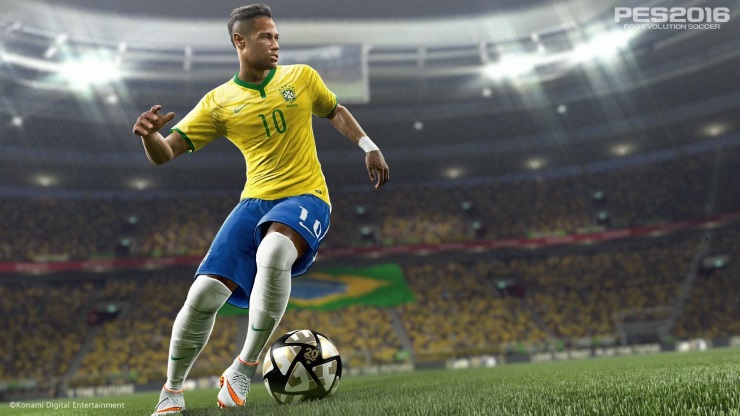 Konami have issued a statement apologising to fans for the issues with the Pro Evolution Soccer 2016 Data Pack 1, which went live October 29th.

The Data Pack’s primary purpose was to finally fully update the squad rosters on the offline side of the game, for modes such as exhibition matches, Master League and competitions.

Whilst the update succeed on the most part in making every transfer, for some unbeknown reason, the update failed to add some transfers that happened late on in the Transfer window or indeed long after it. For example, Manchester United’s new star striker, Anthony Martial, still wears a Monaco jersey in the game.

In the statement that was Tweeted out yesterday, Konami, said: “Currently the roster update for offline play which impacts Master League, competitions and edit mode is not complete, missing the final few days of transfers. The online modes, such as ranked matches, myClub and exhibition mode using Live Updates are up to date, as they were from October 2nd – and they remain unaffected.”

The PES creators have been asked on several occasions as to why the squad updates for offline and online play are separate, and in response they said: “the systems being used for online updates are separate from offline due to the process we need to go through, with patch data including lists that needs to be checked internally and externally and may take weeks before the distributions.”

Despite the explanation, PES fans may well continue to feel aggrieved as the statement added that it may be some time before the squads are corrected: “The roster issues is a priority for us to correct ASAP, but it will take some weeks unfortunately. We had planned a second Data Pack for end of November which was set to include a new stadium for PS4 and Xbox One, the Maracana. However, we will not release this Data Pack without including a fix for the offline roster issue.”

“We’ll update fans on our official social channels as soon as we have information on this.”

Konami went onto say that the extra time needed to complete the update will also be used to add new content to the game that wasn’t planned for this stage, including new boots and kits. They said: “We appreciate this doesn’t suddenly make the situation better, but we do want to sow desire to make good on the situation for the fans.”

All that was before the statement ended with an apology: “We also want tot take the opportunity to sincerely apologise to those fans affected by this issue. It’s frustrating for the fans, and for the team making the game. We assure everyone that we have learnt from this situation, and confirm designs to improve situations like these are currently being considered for future products.”

You can find the full segment by clicking HERE.

This has certainly been an issue which has angered PES fans around the world, and I wrote about the fiasco HERE.