The Games with Gold for December have been Revealed 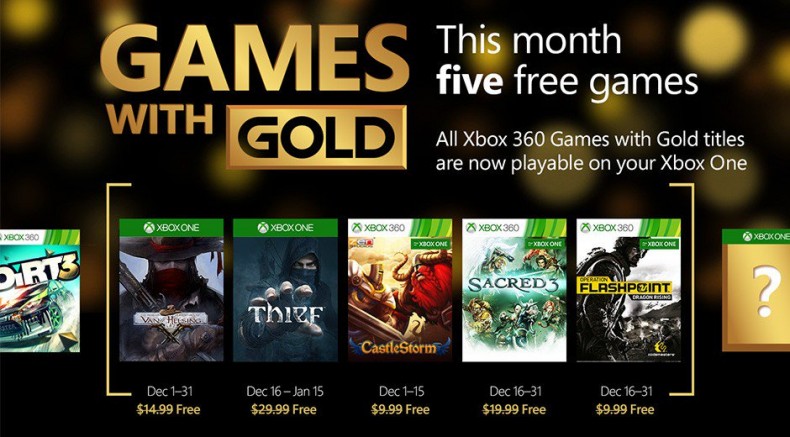 With a December only a week away (what a horrible thought) Microsoft have revealed which games they’ll be giving away for absolutely free to Xbox Live Gold members throughout the festive season.

First of all, on the Xbox 360, you’ll be treated to three games all of which are all also playable on the Xbox One through backwards compatibility. They are: the highly rated tower defence from Zen Studios, Castlestorm, which will be available from December 1st-15th.

Over on the Xbox One there will be two games available during December. From the 1st-15th, the action RPG which takes place in a gothic fantasy world, The Incredible Adventures of Van Helsing, will be free to play.

Finally, from December 16th-January 15th, Square Enix’s reboot of the beloved stealth franchise Thief will be free for you to have a whirl at climbing up buildings and nicking shiny stuff – you degenerate.