Sponsored: The Deep Universe of Agent 47 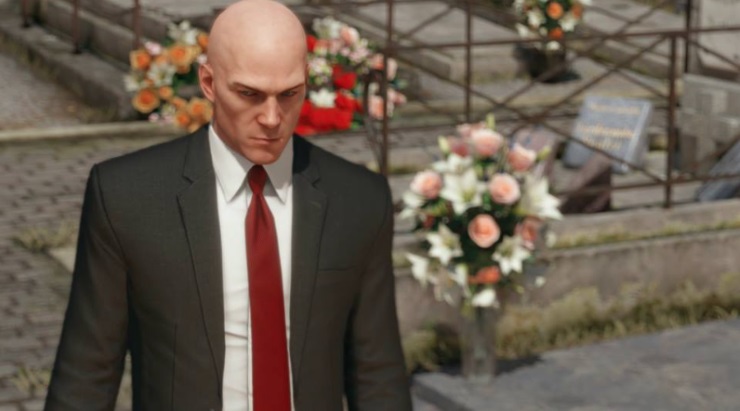 By any measure, the Hitman franchise is one of the most successful in video game history and it continues to grow.

This March, Agent 47 returns with a new game simply titled Hitman, which will be published for Xbox1 and Playstation 4 along with the Windows OS, making it the sixth console game in the franchise’s illustrious history. Excitement is already building and we shared a preview this past summer.

The first Hitman game came out in 2000 and has since created a full universe of content around it alongside the games. It turns out the story of a cloned assassin-for-hire who is the best in the world at his job makes for good source material. Even fans of the game, though, may be surprised how deep the universe goes. It’s not “Star Wars“-level crazy, but there are a lot of ways that the game’s players can continue to interact with the character after they turn off their gaming systems.

A 320-page novel titled “Hitman: Enemy Within” was released in 2007. The book’s plot sits between the games Hitman 2: Silent Assassin, Hitman: Contracts and Hitman: Blood Money, and it centers on a murder-for-hire organization that attempts to take down Agent 47’s organisation, the International Contract Agency. It’s not uncommon for novels to be penned about video game characters, but those that tend to have them are the most popular games such as Assassin’s Creed, Diablo and Myst.

Agent 47 has proven to be a valuable commodity at the box office as well. He’s appeared in two movies, and both were incredibly profitable, although not loved by critics. The first film, “Hitman,” came out in 2007 and was originally supposed to star Vin Diesel as the lead (perfect), but he stepped down during early filming and was replaced by Timothy Olyphant. The movie ended up making an exact $100 million against a $24 million budget. Despite the success, the second version, “Hitman: Agent 47,” served as a reboot when released in 2015. It starred Rupert Friend as the title character, a role Paul Walker was slated to play until his untimely death. The movie was again a financial success, bringing in $81.9 million against a $35 million budget. The critics weren’t too keen on it.

Sometimes all you need to know about a character’s popularity is to see if they get their own slot machine. From the superheroes within the Marvel Cinematic Universe to characters from a variety of TV shows and films, there are a ton of slots out there featuring some of the bigger names in pop culture. And interestingly enough, that’s the case with Hitman, as the franchise has a game available at online casinos. In their review of the game, Gambling.com explains that users play as Agent 47 just as they do in the actual games. Additionally, they get to use all of his fun assassin tools: a sniper rifle, knife, garrote wire and, of course, his signature pistols. There’s even a mode where you get to pick an assassination target.

While Hitman has succeeded on consoles, the franchise expanded with mobile-only games as well. In 2014, the game Hitman GO was released and instead of the normal third or first-person view, it focused more on puzzles and problem solving. The game was released for both iOS and Android. The first-person shooter angle was back in the next mobile game, Hitman: Sniper, which released in 2015 and available for both on iOS and Android. Like the slots, these games offer a different version of the typical Hitman action while providing fans with a quick and easy way to take out Agent 47’s list of targets.

As you can see, the Agent appears in a lot of places and will continue to do so as long as long as the wealthy and powerful need enemies disposed of. And it’s safe to say we’re definitely eager to see how it all comes together in his next console game this coming spring.

Informed Gaming, Role-Play And Other Trends That Shaped Gaming In 2019