Star Wars: Battlefront “May Not Have The Depth” To Hold Hardcore FPS Players, Admits EA 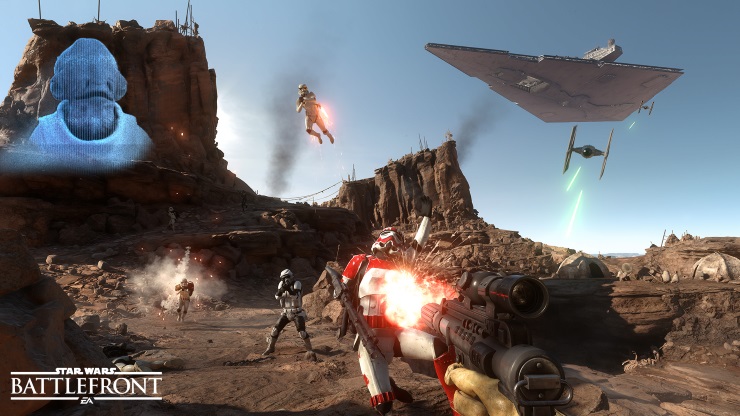 Electronic Arts’ CFO Blake Jorgensen has admitted that Star Wars: Battlefront may lack the depth that hardcore first-person shooters were hoping for.

Speaking at the Nasdaq Investor Conference as reported by Gamespot, Jorgensen said that “Star Wars Battlefront is a first-person shooter, but it is [one of] the only teen-rated first-person shooters. We had designed it to be a much more accessible product to a wide age group.”

Jorgensen also spoke of the game’s expected sale figures, which he hopes will capitalise on the hype surrounding the release on Star Wars: The Force Awakens later this month. The game had an initial shipment forecast of 13 million, which he is confident it will hit.

Currently an English, Journalism and Creative Writing student at the University of Strathclyde. Based in Glasgow, I spend most of my free time playing video games ranging from Japanese visual novels to horror games. You can contact me at greg@godsiageek.com!
MORE LIKE THIS
blake jorgensenEAStar Wars Battlefront