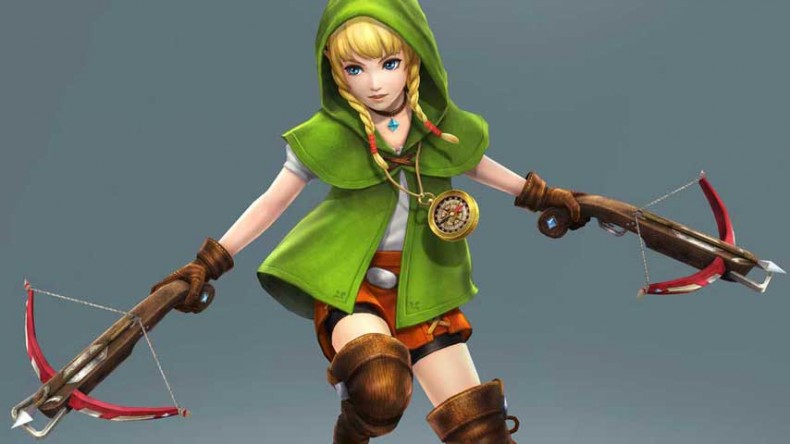 While Linkle may be making her series debut in Hyrule Warriors Legends, series producer Eiji Aonuma has said that this might not be the last we see of her.

In an interview with IGN, Aonuma said: “It may feel a little different from other titles in the franchise, but she doesn’t feel out of place at all in the world of the Zelda games. I’m sure we will keep her in mind when thinking about future titles.”

Linkle was announced back in November during a Nintendo Direct, the first since the passing of company CEO Saturo Iwata in July. Originally featured in a collectors edition art booklet released in Japan, Aonuma says: “We had a great response from fans, especially outside of Japan… Seeing that reaction, Hayashi-san and I talked it over and decided that we would definitely like to include her in the next title. I’m really glad we got the chance to do that with Hyrule Warriors Legends.”

The interview also explains that Koei Tecmo, developers of Hyrule Warriors and it’s subsequent Legends port, originally proposed that Linkle be featured as Link’s little sister but Aonuma thought this “conflicted with the concept of Aryll from The Legend of Zelda: The Wind Waker, the only character we had ever had appear as Link’s sister, so we decided not to include that version.”

Hyrule Warriors: Legends is due for release on Nintendo 3DS on January 21 in Japan, and March 25 in Europe and North America. Hyrule Warriors is available now on Wii U.

Currently an English, Journalism and Creative Writing student at the University of Strathclyde. Based in Glasgow, I spend most of my free time playing video games ranging from Japanese visual novels to horror games. You can contact me at greg@godsiageek.com!
MORE LIKE THIS
Eiji AonumaHyrule Warriorshyrule warriors: legendsnintendo