Censorship & Localisation – Reasons To Be Cheerful 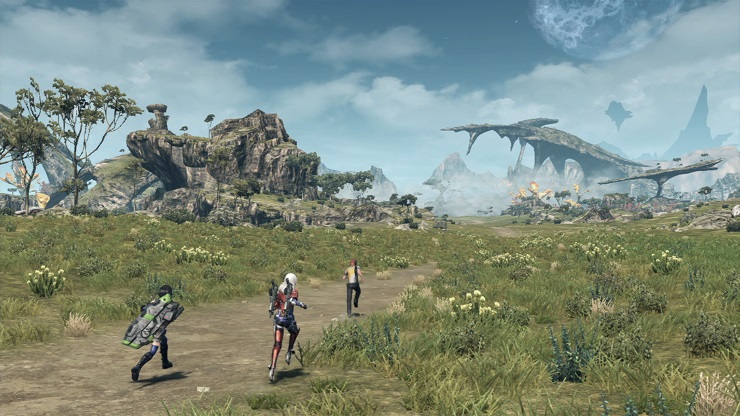 This week, I look at a controversial topic – Censorship as part of the process of localising a game. As always with Reasons to be Cheerful, I put a positive spin on this topic, showing you why censorship and content changes in localisation can be a very good thing.

Censorship has always and will always be a controversial topic. Depending on how you look at it, it’s a blunt weapon for opposing freedom of speech, or an important tool in protecting a moralistic ideal. History has taught us that there can be an abhorrent evil in how censorship can be used, but equally that it has a positive place in modern society.

On a smaller scale, the modern age of entertainment has seen censorship become part and parcel of the creative process. At one point or another, all forms of entertainment have been subject to some sort of certification and censorship. Here in the UK, the British Board of Film Classification have been responsible for the content of most forms of video since 1912. In 1950’s America, even comics were subject to censorship thanks to the Comics Code. Of course, as gamers, we’ve all seen ESRB or PEGI rating splash screens before new game trailers. It’s very likely we’ve all experienced a film, book, or comic that was at some point, censored or even banned.

This censorship of videogames is a storied one. When we think of games being censored, we think of games like Mortal Kombat and Night Trap, prompting the American government to discuss the certification of violent and sexually-explicit videogames, a move which had far greater implications around the world as other countries implemented their own means of age rating interactive entertainment.

Just as the once-banned movie The Exorcist is incredibly tame now when compared to the likes of the Saw movies, as does Death Race, Night Trap and the original Mortal Kombat look through today’s rose-tinted specs, as the boundaries of realism and taste have been slowly nudged forward over time. As the times change, our view on potentially offensive content changes, and not only that, as the internet has opened our eyes to all manner of cultures, subcultures and alternative viewpoints, it’s all the more harder to escape seeing something that genuinely offends us.

The subject of what’s generally offensive and what’s acceptable changes over time, and in terms of videogames, the past few years have been less about how violence is portrayed on screen, and more about diversity. Videogames have had a long tradition of fumbling subjects of ethnicity, gender and sexuality, mainly revolving around tired stereotypes and tropes. There was a time when the only time you’d see any sort of diversity was in the cast of a one-on-one fighting game. Thankfully, these issues are being openly discussed and addressed by the industry and gamers alike.

Which leads us to censorship in the modern age of gaming. While violence is very much a recurring element of gaming, what is and isn’t acceptable in that area, has largely remained the same over the last decade. But while we don’t talk about violence in games as much these days (and maybe we should), the hot button topic on the internet is all about sex, more specifically the censorship of potentially titillating content. And funnily enough, the biggest target has been Nintendo, that most family-friendly of companies.

Xenoblade Chronicles X is one of my favourite games of last year. It’s a bloody great game and you should all play it. But a few outspoken gamers caused a ripple on the social media ocean when it was discovered that the Western versions of the game would be subject to some censorship.

If you didn’t notice, the armour of the Japanese version of Lin is more than a little inappropriate. If you were paying attention to the outcry of censorship from certain corners of the internet (for some reason, mainly using anime avatars), you’d think Nintendo has performed some sort of heinous act.

But go beyond the cries of quote-unquote “censorship”, and look into the reasons why these changes were made, and it all makes sense. You see, every country in the world is different. We look different, we speak different languages, and our cultures can be very, very different. Our customs and lifestyles could be taken as incredibly offensive in some parts of the world, and vice versa. Japan is no different, especially in terms of how women are seen in media, especially videogames. If you’ve played a game by Suda 51 or Hideo Kojima, you know EXACTLY what I mean.

In Xenoblade Chronicles X, Lin is canonically aged 13. Do you possibly understand why this costume might have been changed for a Western audience? While this sort of portrayal is somewhat acceptable in Japan, in the Western world, this sort of content is nothing short of controversial. Why would Nintendo, a family-friendly company, not make this change? This is not censorship, this is localisation.

Localisation is the process of taking a form of media created for one audience, and make changes so it can be released to a different audience. While we think of localisation as just changing onscreen text from Japanese to English, a good localisation will go beyond that. The best localisations will not only translate text into a form that other audiences can read, but subtle change references, diction and phrasing to that this new audience can relate to the game. Not only that, but they’ll change elements of game mechanics and other elements to become more palatable for these other audiences. This costume change is no different, and these types of amendments are not new to Nintendo games or any other localised game for that matter.

In recent years, the downloadable content for Fire Emblem experienced similar changes to that of Xenoblade Chronicles X, when this image was replaced with this one for Western markets. Yes, people complained, but did it really matter? These changes are just a casualty of localisation, something that companies like Nintendo have made for years.

I mean, who could forget the time when Kirby fought Wham Bam Rock – A boss that more than resembles a backward portrayal of a particularly racist stereotype? This enemy from the SNES game Kirby’s Fun Pack would later be amended for the DS remake, and for damn good reason.

The point, is that localisation ensures that as many people can enjoy a game as possible, and isn’t that a good thing? One of the nice things about localisation, is that this process can simply make games better, as mechanics are amended and certain facets of a game a tightened up.

Of course, if you really are stressing over these sort of cosmetic amendments, and it really does cause that much of a detriment to your enjoyment of a game – You could always go far as to import the original version of that title. If you’re that bothered, it’s not that difficult to import these days, and you never know, it might be a good opportunity to learn a little more about another country’s language, culture and customs. A broader understanding of the wider world can only make you a better person.

This was another Reason To Be Cheerful and you can see another Reason in a fortnight. However, there are plenty more great videos available every day on the GodisaGeek YouTube channel. Why not subscribe and find out why more and more people would rather watch our channel then get poked in the eye. I’ll be back next week for another episode of The Retrocast, so until then, goodbye!

A veteran GIAG member, I've been writing, talking and taping for the site since 2011
MORE LIKE THIS
BloodIndustrymortal kombatnintendo