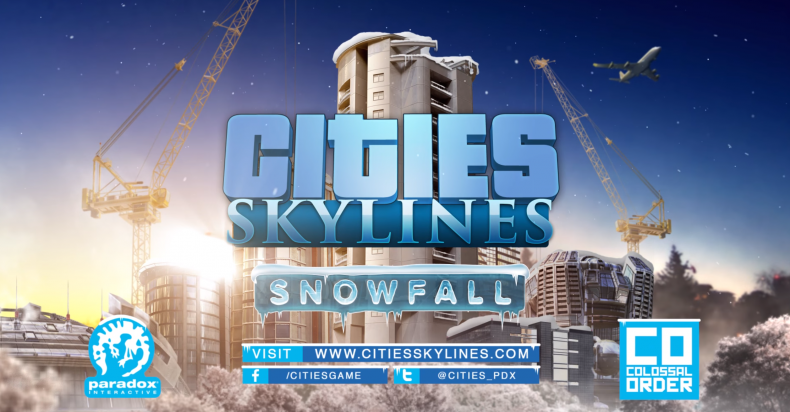 Christmas might have been and gone but Paradox Interactive don’t want to let it go just yet, announcing a brand new winter-themed expansion for Cities Skylines.

Cities Skylines: Snowfall is bringing a new temperature system to the city builder, allowing players to plan for the day accordingly based on the mercury level. Snow will also be added to weather range, with the white stuff being able to clog up roads and highways meaning virtual mayors will have to stay on their toes to keep the traffic flowing.

Residents will also be able to visit winter-themed parks and attractions around the city, and a new tram system will be added to get your humans from A to B in any weather.All currently owners of Cities Skylines will receive a free update alongside the launch of Snowfall, including some brand new features.

Cities Skylines: Snowfall is launching on PC, Mac and Linux on February 18. See the reveal trailer below.

Currently an English, Journalism and Creative Writing student at the University of Strathclyde. Based in Glasgow, I spend most of my free time playing video games ranging from Japanese visual novels to horror games. You can contact me at greg@godsiageek.com!
MORE LIKE THIS
cities skylines snowfallCities: SkylinesExpansionInteractive