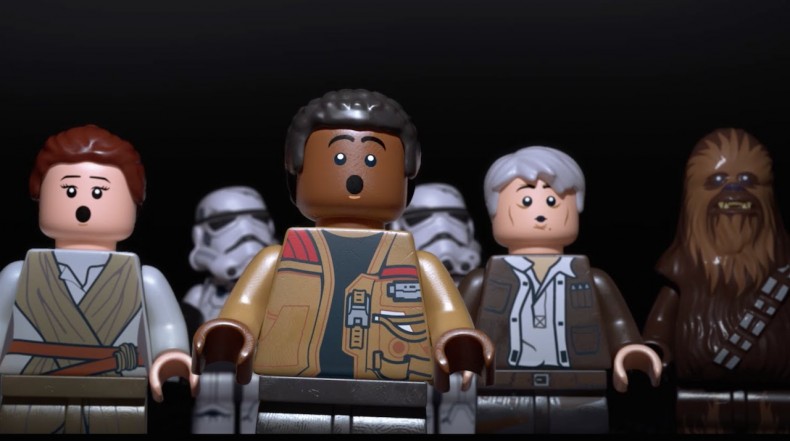 Last week Warner Bros. announced the release of LEGO Star Wars: The Force Awakens and vaguely mentioned that the game would expand on the film’s story, but was sparse on the specifics.

However, Eurogamer have now reported the intricacies of these new levels. The outlet report that the additional levels will include plot points featured in the film’s officially-licensed series of books and graphic novels titled Journey to The Force Awakens.

One level will specifically tell the story of how C-3P0 came to get his new red arm, which will first be featured in an upcoming Marvel comic. Another level will add in extra scenes with Han and Chewie capturing the Rathtar creatures – the cargo they are smuggling at the beginning of Episode 7. Six backstory levels will be included in the game and can be unlocked using golden bricks. They were unlock at various points in the main story, instead of all in chronological order.

“We’ve covered – or are in the process of covering – some pretty significant events that happen before the film that give people more information about why certain things in The Force Awakens happened and why certain characters have ended up where they are,” lead designer Mike Taylor said. “We tell the story through the sort of Lego viewpoint as well, so the crux of the story is what happens is true to the IP, obviously we put gags in with characters holding sausages or riding around on pigs, et cetera.”

LEGO Star Wars: The Force Awakens is releasing on June 28 and will be available on PC, PS3, PS4, PS Vita, Xbox 360, Xbox One, Wii U and Nintendo 3DS. See the announcement trailer below.

Currently an English, Journalism and Creative Writing student at the University of Strathclyde. Based in Glasgow, I spend most of my free time playing video games ranging from Japanese visual novels to horror games. You can contact me at greg@godsiageek.com!
MORE LIKE THIS
episode 7Expansionlego star warsstory