The Walking Dead: Michonne kicks off later this month 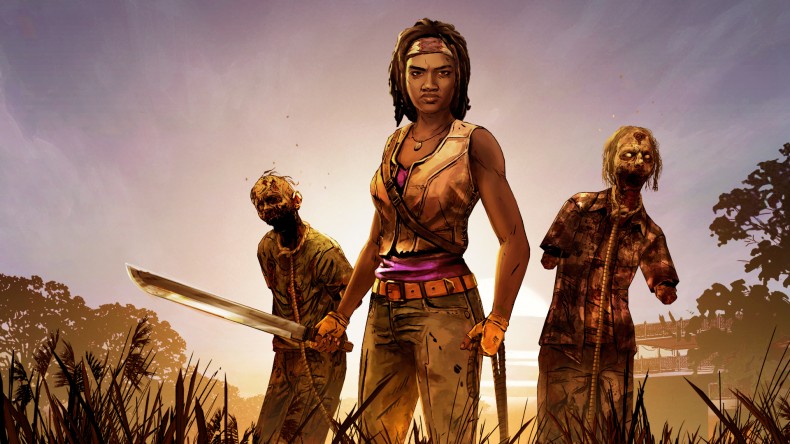 Telltale’s spin-off miniseries The Walking Dead: Michonne is set to premiere later this month, with the subsequent two episodes releasing in March and April.

The first episode, titled ‘In Too Deep’, will release on February 23 on PC/Mac, PS4, PS3, Xbox One and Xbox 360. It will be released slightly later on iOS and Android devices, on February 25. Episode two, ‘Give No Shelter’ will release sometime in March and episode three, ‘What We Deserve’, sometime in April.

In this premiere episode, ‘In Too Deep,’ Michonne joins Pete and his crew on the sailing ship The Companion as they cruise the coast for survivors and supplies. When a desperate signal for help draws them to a scene of horrific massacre, Michonne and the crew are lead further to the floating survivors’ colony of Monroe, which may just be harboring the person responsible for the carnage.

Ahead of its release, Telltale will be hosting a livestream on their YouTube channel this Sunday at 8:30pm EST / 5:30pm PST / 1:30am GMT. The development team will introduce the series allowing fans to experience the first five minutes of the premiere episode, exploring Michonne’s struggle to remain among the living while being haunted by her past.

See some new screenshots below.

Currently an English, Journalism and Creative Writing student at the University of Strathclyde. Based in Glasgow, I spend most of my free time playing video games ranging from Japanese visual novels to horror games. You can contact me at greg@godsiageek.com!
MORE LIKE THIS
michonnerelease dateScreenshotsTelltale Games

The first six minutes of The Walking Dead: Michonne – A Telltale Miniseries