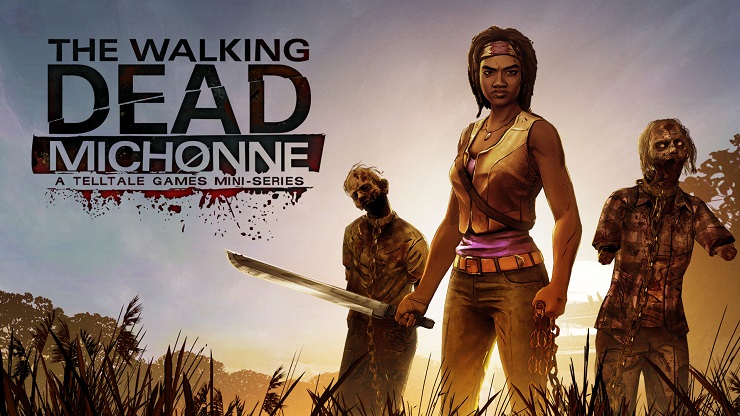 The Walking Dead: Michonne – A Telltale Game Series (breathe!) is coming to PC, Mac, PlayStation 3, PlayStation 4, Xbox 360, Xbox One, iOS and Android in February as a three-part episodic series.

It’s been a while since Telltale Games has visited the world of The Walking Dead, but the trailer below proves they’ve still got it. Samira Wiley from Orange is the New Black (Poussey!) will be voicing Michonne and will explore the character’s time between the comic book issues #126 and #139 when she left Rick, Ezekiel and the rest of her group.

“We’ve been hard at work on this very special exploration of The Walking Dead universe that will further bridge together our game series with the canon of Robert Kirkman’s comic though one of its most complex characters struggling to maintain her own humanity,” said Kevin Bruner, Co-Founder and CEO of Telltale Games. “Deeply haunted by the decisions of her past, putting players in the role of a character like Michonne to navigate the broken world around her is an experience that feels uniquely Telltale, and something we simply cannot wait for The Walking Dead fans to play.”

Telltale Game has promised more updates in the near future, so make sure you keep up to date with their blog for all things episodic.

Video games are cool. Don't let anybody tell you any different.
MORE LIKE THIS
AndroidiOSMacmichonne