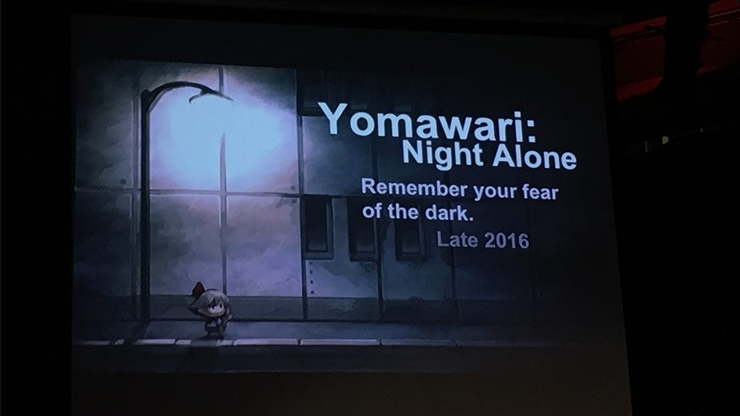 NIS America’s press event just ended and they announced some new localizations and release dates. Our correspondent was at the event. The PlayStation Vita horror game, Yomawari, is getting localized and will be released by NIS America. The game follows a young girl as she goes looking for her sister and dog after they get lost in a dark town.

Yomawari: Night Alone will be released exclusively on PlayStation Vita in late 2016.