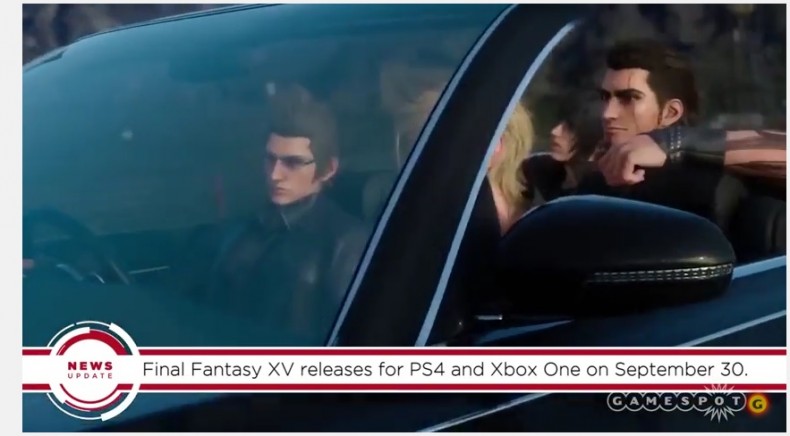 Final Fantasy XV will release on September 30, it has been revealed.

It appears that GameSpot accidentally leaked the final release date by uploading a video onto YouTube (which is still live at the time of writing), with a description that reads: “Final Fantasy 15 will launch on September 30, publisher Square Enix has announced. The date was revealed during the Uncovered: Final Fantasy XV event, which was held in Los Angeles.” The Uncovered event is scheduled for take place tonight, so it looks like GameSpot accidentally hit publish on news that wasn’t ready to be let out of the bag just yet.

A new demo will be available starting from tomorrow, as you control a young Noctis as he travels through a dreamscape. The demo shows off the game’s final visuals and combat system, according to the video. Finishing the demo means you’ll unlock an exclusive demon summon in the full version of the game. Pre-orders are available now.

Currently an English, Journalism and Creative Writing student at the University of Strathclyde. Based in Glasgow, I spend most of my free time playing video games ranging from Japanese visual novels to horror games. You can contact me at greg@godsiageek.com!
MORE LIKE THIS
final fantasy 15Final Fantasy XVgamespotrelease date