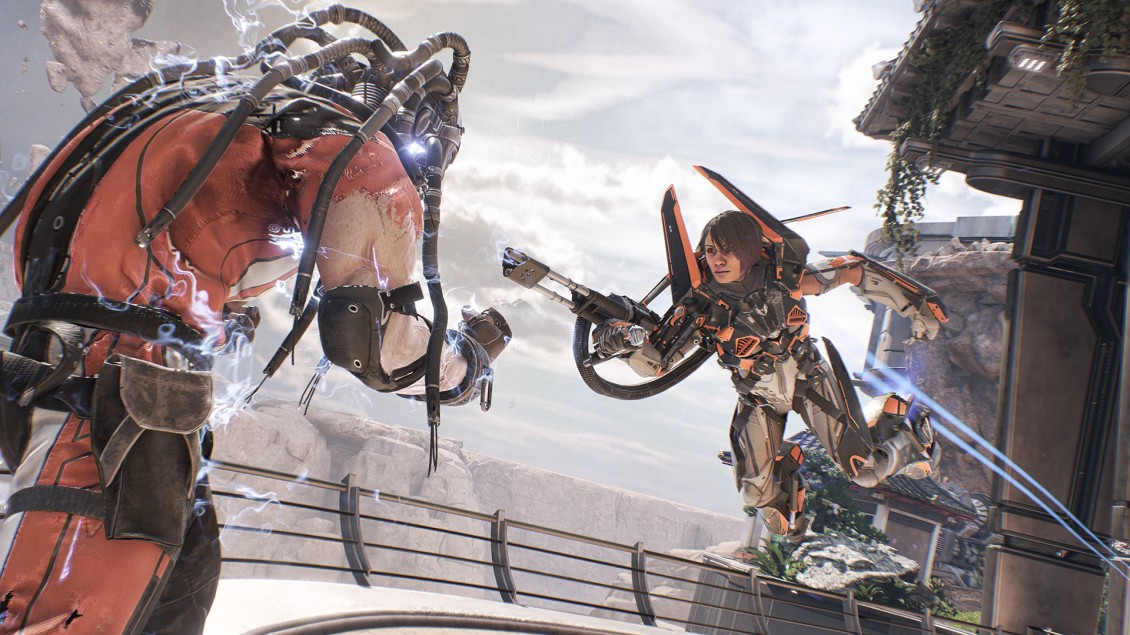 Cliff Bleszinski and Boss Key Studios have announced that their upcoming multiplayer FPS Lawbreakers is no longer a free-to-play title, and that it will be a timed Steam exclusive.

The announcement was made during a panel at Game Developers Conference (GDC), currently underway in San Francisco, CA. Lawbreakers is set in a futuristic America, where players can choose to either whether to kill under the command of the elite (“Laws”), or kill on their own terms (“Breakers”). The game focuses heavily on creating gravity-based combat as players fight across various ravaged landscapes of the West Coast of America.

While the title will now come with a price tag, the studio have stressed that the Lawbreakers will not have the regular price point of $60. “As the game continued to take shape, we realised free-to-play wasn’t the right fit for what we’re building,” said Cliff Bleszinski. “LawBreakers is a competitive game at heart and that means balance is a big priority to me, my team, and our community. Using a digital premium model helps ensure an even playing field by giving fans access to every available role without any barriers.”

Lawbreakers has also undergone a bit of a revamp since the last time we saw it, getting a newly redesigned logo as well as some updated game models and screenshots which show off the extent of the variable gravity effects and three-dimensional combat. Mechanics and gadgets such as grappling blades, reverse blind-firing, time dilation, jetpacks will all be included in-game for players to enjoy.

“Being constantly compared to the current slew of colourful shooters on the market made us realise we needed to stand out from the crowd” Bleszinski continued. “We decided to take a step back and explore how we could dial up the maturity in LawBreakers, going back to our original vision. The new look and feel embraces the innovative and vertical nature of our game elevated by violence, intensity and competition.”

Lawbreakers is now available to be added to Steam users’ wish lists, and will be playable at PAX East next month in Boston, MA. See some new screenshots below.

Currently an English, Journalism and Creative Writing student at the University of Strathclyde. Based in Glasgow, I spend most of my free time playing video games ranging from Japanese visual novels to horror games. You can contact me at greg@godsiageek.com!
MORE LIKE THIS
Announcementboss key studiosCliff BleszinskiExclusive