A Beginner’s Guide to Dark Souls 3 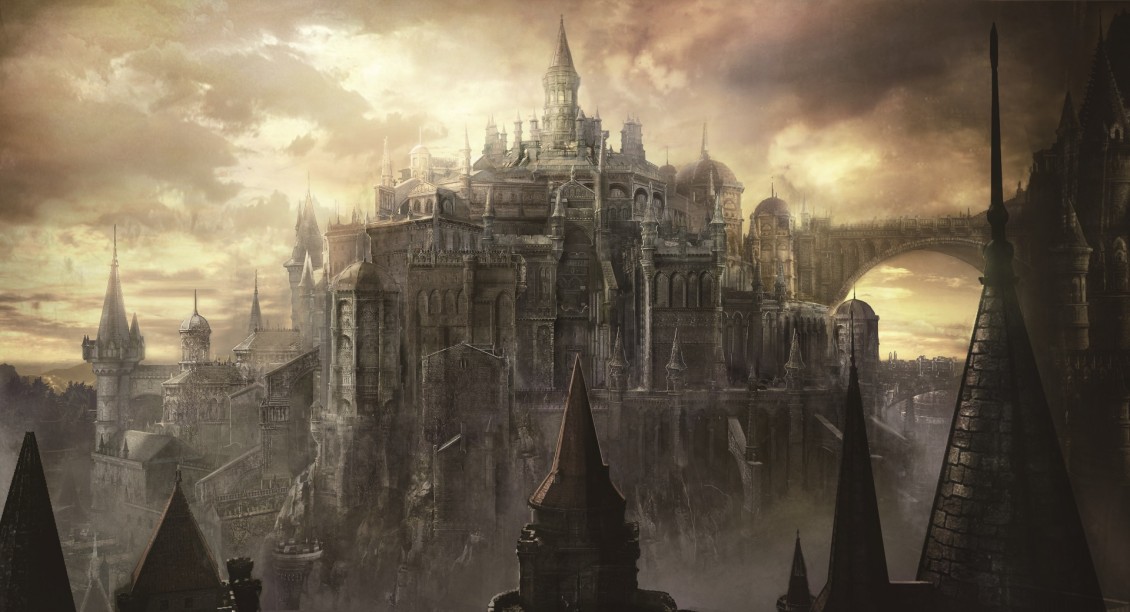 Heading into a new Souls game is always an incredibly daunting prospect, which will be even more terrifying for newcomers to the series who may have been led here from PS4-exclusive Bloodborne, or who have simply followed the heady smell of hype. No matter why you’re here, newbie or veteran, Dark Souls 3 is tough.

Luckily, we’ve been battling through it for well over 60 hours, and we’ve used the sting of our accumulated failure and deaths to bring you 9 beginner’s tips to help you make your way through the first few hours of FromSoftware’s punishing action RPG. It contains spoilers, obviously, so beware…

It may be tempting to start as a Thief. For many of you coming to Dark Souls 3 fresh from Bloodborne, sure, Thief offers the closest approximation to that style. It’s quick and nimble and even starts with a quick-step ability for its weapon art but, in truth, Dark Souls 3 is incredibly punishing to newcomers playing this class. First of all, the starting weapons will require multiple hits to take out even grunt enemies, meaning you can be easily overwhelmed when Dark Souls 3 throws multiple enemies at you, which it does, more-so than its predecessors. Moreover, larger enemies with higher health will be difficult to take down, because you need to get in close and pummel them, but even toe-to-toe, the damage will be low compared to, say, the Knight.

As an example, fighting the second boss (which is really the first proper boss) with a thief was something we found very difficult – the kind of challenge that a more seasoned Souls veteran will look for. As a Knight, we breezed past the boss on our first go, despite actually being a level lower than our Thief character. What we’re saying is: yes, this a quicker Souls game, but it’s not Bloodborne, so don’t expect to play it like Bloodborne.

The Art of War

There are some early Knight-like enemies that can be tricky to take on, but if you can find a shield that lets you use your “stance” weapon art, you’re laughing. Hold back, charge up the heavy attack with that stance, and you can lean into a flurry of attacks. If you’re not playing as a Knight yourself, try to get used to parrying and evading. Rolling around will get you behind enemies so you can execute a powerful backstab, while a well-timed parry will open your opponent’s defence right up, allowing you to deal serious damage. Then, as they recover, prepare a charged heavy attack and follow up with a light flurry – in theory, that should be enough for most basic foes in the early areas.

That being said, Dark Souls 3 is no less demanding of your concentration and focus, and it won’t be long before it’s throwing a high variety of enemies at you, some with multiple attack phases, different stances, or elemental attacks. Wading in will see you dead quickly, so learn to use your evasive skills and Weapon Arts to assess each encounter and give you the upper hand.

In addition to the Thief, Dark Souls 3 also introduces the Herald, Mercenary and Assassin. The former balances decent Hit Points and damage output with the ability to cast a low-level Miracle, which you can quickly develop, essentially opening the gateway to creating a Paladin-type character. The Mercenary, on the other hand, should be the natural choice for any player who wants to build a Ranger class. They have more Dexterity than the Thief, meaning they can use bows as soon as you find them, and they have relatively high Vigor and Strength. They also start with Twin Blades, which are dual-wielded when you put your shield up and unleash a cool sweeping attack as their Weapon Arts. The Assassin is a bone-fide stealth class, even beginning with a Spook spell to muffle their footsteps and reduce fall damage. Unfortunately, there aren’t many areas where stealth is required, and the Estoc makes for a terrible starting weapon as it can only jab.

Old favourites return, too: the hardy Knight, powerful Warrior, versatile Pyromancer, devout Cleric and masochistic Deprived, and they will play much as you remember. The Sorcerer, however, may take some getting used to this time around. The Estus Flask split (you now have to assign an Estus Flask as Ashen if you want to refill your Focus Bar, which replaces spell counters) makes it tough, and the early game is harder on Casters than usual. With such a diverse selection, it’s important to pick a class that suits you, so it’s best to experiment in the early game, run the tutorial area a few times with different characters. The classes are as malleable as ever, but it’s pointless starting a Sorcerer if you’re later going to waste XP levels turning it into a Warrior. Similarly to the Nexus in series progenitor Demons Souls, the Firelink Shrine is the central hub of Dark Souls 3. You can fast travel to and from it, but it’s not reachable from anywhere in Lothric, so it’s always a safe place to return to. Out in the world there are lots of NPCs, and most of them will help you if you talk to them. Some only require a conversation to divulge a word of advice or teach you a new emote, while some have their own questlines to follow. Interestingly, a lot of them are familiar faces you’ll have seen and perhaps adventured alongside in previous games. It’s always worth talking to people and helping where you can. Some of them will even head back to the Shrine and offer their services for the duration of the game – but remember: keep talking to them, every now and then, to see if there’s anything they need from you or can provide.

In Dark Souls 3, Humanity is replaced by Embers. Using one will “enkindle” you, reigniting your ashen soul and increasing your HP by around 30% until death. You’ll need to be enkindled if you wish to summon or invade other players or summon NPC warriors to help you with bosses, and that health boost is a life-saver for obvious reasons. As with Humanities, it’s often best to resist using an Ember immediately after a resurrection, as they appear to be finite – or at least, the ones you can find readily are. It’s better to save them for boss encounters when extra health and an ally can make all the difference.

Even in the very first proper area of Dark Souls 3, there’s an Estus Flask shard to find. Snagging this means you can go up against the boss with an extra health potion (that’s what your estus flask is!). If you’re a melee fighter finding the Weapon Art system too complicated at first, speak to Andre the blacksmith at the Shrine to change the allocation of your Flasks so you’re only using golden Estus Flasks. If you’re not using the Arts or spells, you don’t need the blue ones at all. In the long run you’ll be better served to keep one about your person, but for now, don’t be ashamed to use that extra health refill.

No matter how awesome you are at evading and backstabbing, no matter how tough your armour or how high your HP is, sooner or later, you’ll need a ranged attack. It might only be to “pull” a solitary grunt or knock down a hanging body, but you should never underestimate the usefulness of a bow and arrow, even in the hands of a clumsy amateur.

The Sorcerer has a ranged attack off the bat, while the higher Dexterity classes are able to use the bows you’ll find in the first area, but the Pyromancer also has a decent ranged assault in the Fire Orb. If you feel you can afford to up your Dexterity as a melee class, Dark Souls 3’s much improved archery will serve you well. There even Weapon Arts on some bows that allow you to fire while evading or launch arrows rapidly. A Friend in Need

Dropping your summon sign outside a boss door is a great way to farm souls and help others, allowing you to practice against bosses in readiness for a new game + playthrough or a speedy, but it’s also a different way to enjoy Dark Souls 3, dampening the oppressive loneliness.

You should also be on the lookout for summon signs either from other players or NPCs. An ally by your side can sometimes be invaluable during boss encounters, and there’s no shame in taking a buddy, especially if you’re running a weaker class like a Sorcerer.

Bloodborne was a scary game, and Dark Souls has always carried a similar, though less stark, theme of horror and hopelessness. 3 is no different, and the punishing difficulty is matched by a relentlessly grim atmosphere only rarely punctuated by black humour. But unlike in previous entries, you won’t be heavily disadvantaged with every death, there’s no permanent downside, and any souls you lose can always be reclaimed or replaced; you won’t grind mobs out of existence.

So be brave. Set your jaw, grip your shield, hold your sword aloft and enjoy the journey, especially if you’re new. It is incredibly challenging but, despite a smattering of very tough bosses, this is the most accessible Souls game to date, so use that to your advantage. Explore, experiment, seek out secrets and hidden gear, get lost in the snippets of lore. Accept that a new area may well mean death, but it doesn’t mean it’s the end, and there are very few feelings that come close to taking down a Souls boss, or reaching that next bonfire by the skin of your ass. This is Dark Souls, after all; death is all part of the fun.

Support us by buying from one of these links:
Liked it? Take a second to support GodisaGeek.com on Patreon!

Senior Content Editor Mick has been playing games for over 30 years and writing about them for around 12. After drifting from site to site for a while, settling briefly at the now-defunct Made2Game and freelancing for the gone-but-not-forgotten NintendoGamer Magazine, he came at last to rest at Godisageek. Mick has been a reviewer, staff writer and content editor here for some time, while also moonlighting a little for Red Bull Games. He has 4 kids, has written 2 novels, and sometimes even manages to pay a bill or two. You'll usually find him defending the galaxy in Destiny 2, battling evil in Diablo 3, or lurking in the background on Twitter. Find him there @Jedi_Beats_Tank, or on XBL (JediWaster247), PSN (Jedi_Waster) or Nintendo (JediWaster).
MORE LIKE THIS
Bandai NamcoDark Souls 3dark souls IIIFromSoft