Mirror’s Edge Catalyst: the open world could be the star of the game 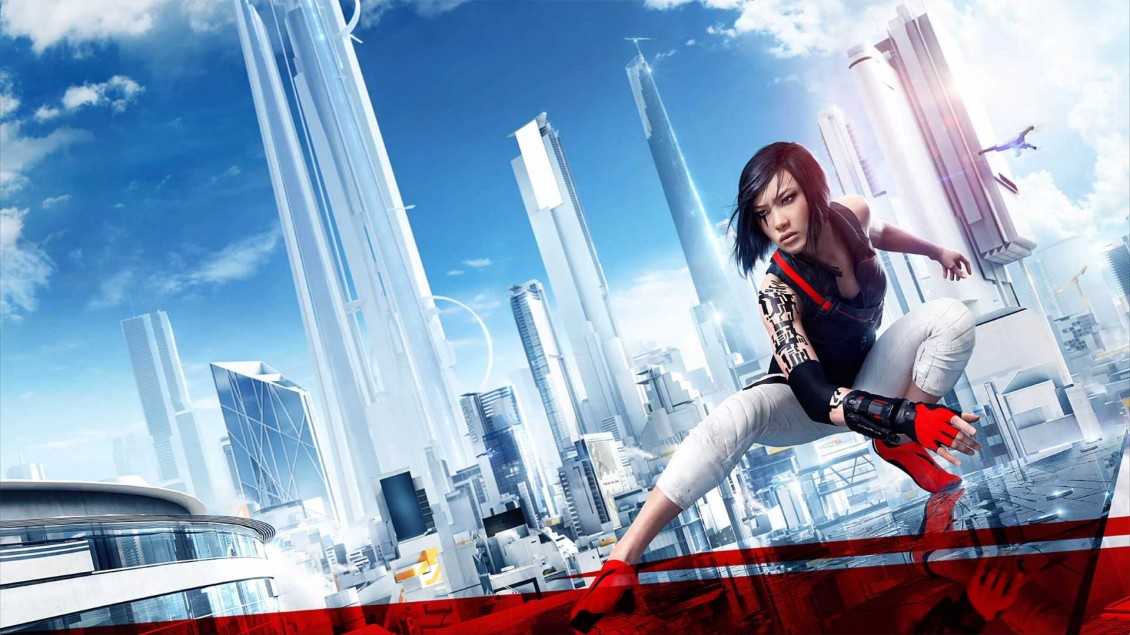 The original Mirror’s Edge was a game that split opinions on its release in 2008. Although many complaints were met with cries of “git gud!”, there was a definite division between those who loved it and those who certainly did not. Its fast-paced free-running nature required well-honed twitch reflexes to avoid falling foul of the trial and error gameplay, while the relatively short campaign and undeniably lacklustre combat did little to win over the critics.

With the announcement that sequel-slash-reboot, Catalyst, would follow a less linear, open world structure, DICE and EA managed to silence many of their naysayers, while unfortunately giving voice to a whole new gaggle of soap-box-occupying mouthpieces. But, having spent a solid few hours in the closed beta, I can confidently report that the open world direction is absolutely the right way for DICE to go. In fact, I kept forgetting that the original had such a rigid structure.

You return to the inconceivably un-scuffed running shoes of Faith Connors, freshly released from juvenile detention after two years behind bars earned when she scuppered a run for a criminal overlord named Dogen. In the clean and glistening Glass City, runners are tolerated so long as they don’t directly challenge authority, which is obviously a problem for a passionate little hothead like Faith. She’s always being told not to get involved with the totalitarian regime that runs Glass by mentor Noah, who she routinely ignores in favour of getting into trouble alongside her best friend, Nomad. The overall plot still isn’t fully known, but the gameplay is the star of the show here. Or maybe the city itself is. It’s a tough call to make.

On the one hand, you have the free-running that forms the crux around which everything else is assembled. Move forward for a few steps and Faith will start to run (or you can tap R2 to “phase” directly into a sprint), at which point you have one button for “up” movements, and one button for “down” movements. These are set to L1 and L2 respectively (on PS4), but you change them to Cross and Circle if you prefer, which I found easier to use. As in the original, the straightest route – though not always fastest – is highlighted in red, giving you an easy way to navigate the huge map. You don’t ever have to follow the red, of course, as there are multiple routes between any two points. It takes some getting used to, but before long you’ll be chaining jumps, slides and rolls together with shimmying up drain pipes and wall-running.

Combat has been vastly improved. It’s now incredibly responsive, allowing you to take down enemies with a series of light attacks, or a handful of directed heavy kicks. The environment plays a part, as you can knock an opponent’s health bar down by kicking them against the scenery. As long as you maintain your momentum, your Focus Metre will fill up and stay that way, and when it does you’ll be shielded from all harm – including bullets – until you make a mistake. Unfortunately, Catalyst is highly reliant on trial and error, and there are plenty of moments where you’ll be approaching an almost zen-like level of fluidity and the game will suddenly decide not to signpost where you have to go. I died countless times just looking for the next thing to jump to. Also, transparent glass is a problem when you’re indoors and panicking. It can’t just be me who ran directly into a window on more than one occasion.

The city, on the other hand, is beautiful. The stark whiteness of most buildings makes every other colour pop, particularly red, which you’ll see a lot of. Skyscraper-high electronic billboards paint the picture of a capitalist utopia hiding a totalitarian underbelly, and the sharp lines and tight contours make it a free-runners paradise. It looks stunning at all times, as do the cutscenes, and it’s only when you’re forced indoors that Catalyst loses some of its lustre, sacrificing futuristic grandeur for oppressive tight spaces and narrow runways.

In addition to the story missions, there are side quests like collecting and delivering dead drops, time trials and public unrest to stick your nose in as the K-Sec security force who patrol the city rough up the citizens and generally sling their weight around. Everything you do increases Faith’s abilities by way of an XP currency called GridLeaks, with which she can buy and improve her skills in three categories: Movement, Combat ad Gear. You have all your basic moves from the start, but more complex manoeuvres like the life-saving impact roll need to be unlocked.

There’s little to suggest that Mirror’s Edge: Catalyst won’t be as divisive as the original in terms of its gameplay, as it carries over almost all of its predecessor’s issues, although the combat has been greatly improved and the new progression system works very well. There are some technical issues that need work at this point (the beta exhibited the occasional stutter when I hit my stride, which will likely be ironed out), but there’s still a little time to fix that. Being a fan of the original, I was very impressed by the beta overall, and I think those coming to the series fresh at this point might be less thrilled than those who will view this as a direct evolution and refinement of the last game.

It’s not going to please everyone, but it’s safe to say at this point that Mirror’s Edge: Catalyst definitely has the legs to go the distance on current gen.

Senior Content Editor Mick has been playing games for over 30 years and writing about them for around 12. After drifting from site to site for a while, settling briefly at the now-defunct Made2Game and freelancing for the gone-but-not-forgotten NintendoGamer Magazine, he came at last to rest at Godisageek. Mick has been a reviewer, staff writer and content editor here for some time, while also moonlighting a little for Red Bull Games. He has 4 kids, has written 2 novels, and sometimes even manages to pay a bill or two. You'll usually find him defending the galaxy in Destiny 2, battling evil in Diablo 3, or lurking in the background on Twitter. Find him there @Jedi_Beats_Tank, or on XBL (JediWaster247), PSN (Jedi_Waster) or Nintendo (JediWaster).
MORE LIKE THIS
diceEAmirror's edge catalyst