previous
God Eater Resurrection Preview
random
next
Mirror's Edge Catalyst: the open world could be the star of the game
0 comments 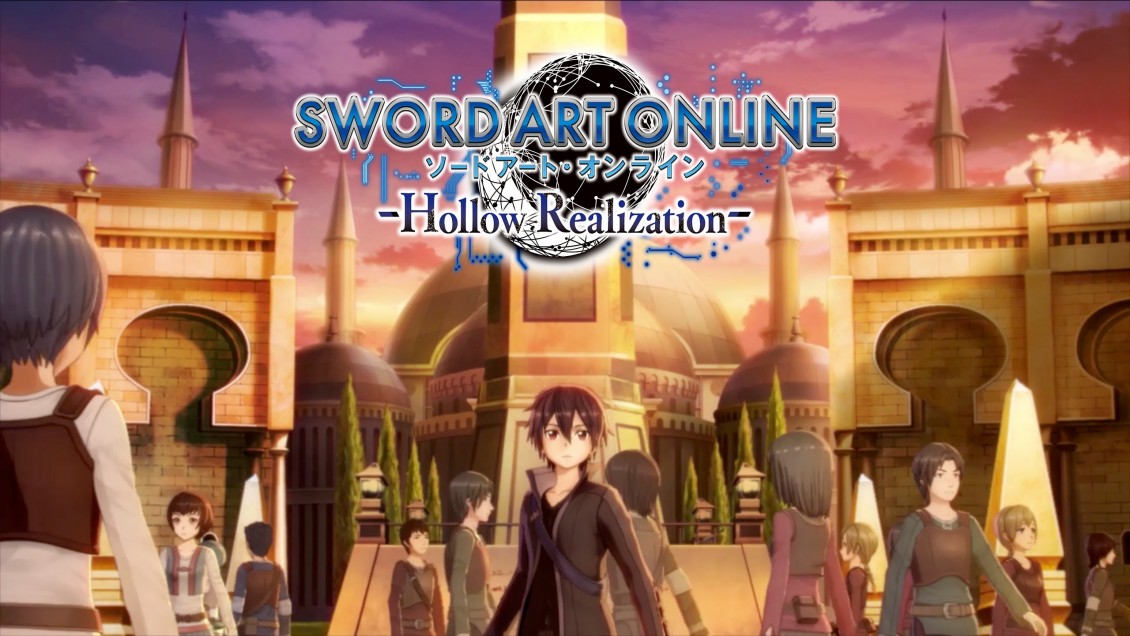 Before jumping into Sword Art Online: Hollow Realization, the only contact I’d had with the franchise was watching about ten episodes of the anime before moving onto something more light-hearted. Its concept of being stranded in a virtual world was fascinating, but the story and characters were unfortunately not enough to fully grab me. Instead, I’ve appreciated it from afar, acknowledging it as one of the more recognised anime franchises outside of Japan, despite the vigorous debate about how enjoyable it really is.

I figured that since the anime series is based on a MMO set in a virtual world, it would translate a well into a video game. While I can’t say I was blown away by what I was presented with, Sword Art Online: Hollow Realization will no doubt please fans, but could be in danger of alienating those unfamiliar with the series due to it’s very intense and oft-confusing gameplay.

Hollow Realization branches off into a completely new story, created under the supervision of original author of Sword Art Online novel author, Reki Kawahara. Players will traverse Sword Art Origin, a new virtual universe separate from the one featured in the anime series, inhabited by a variety of creatures and bosses. Hollow Realization also introduces character customisation, allowing you to create an entirely new avatar (either male or female), change their name and completely alter their appearance. While we didn’t necessarily get to go hands on with this feature, the presentation of it appeared comprehensive, with players being able to tweak a huge variety of features – right down to the colour of each separate eye.

In an attempt to emulate a real MMO, Hollow Realization allows for 4 players to join the action while being accompanied by 4 AI-controlled players. As I wandered around the dense forest, I occasionally encountered groups of four AI who moved around the map and battled creatures independently. When moving near a group or aiding them in defeating enemies, they would cheer and thank me for my help. This was a swell touch, and certainly made the virtual world feel a lot more inhabited than it would be if it were just me wandering around.

Graphically, it’s nothing spectacular, but it’s rare for JRPGs of this sort to push the boundaries of a system’s graphical capabilities. It achieves its aim of creating a believable virtual world, but only just. Some textures are used so often that it feels like they drown out the rest of the world, melting it all into one big swamp of brown roots. The battle system is where the game ventures into realms of unrequired complexity, though. Across the bottom of the screen, there are six rows of 10 spells – so 60 in total. Only two rows are shown at a time, but the sheer amount of selection baffled me into randomly selecting power ups and hoping for the best. These ranged from tanking spells that could provide me with invincibility to more strategic ones, that would rebalance my stats and change the essence of my fight style for a short period of time; helpful if a specific enemies needs to be assaulted from a new perspective. The user interface in general was incredibly busy and as a newcomer, it was all quite confusing and off-putting. I’ve long felt that demos really do games no justice, especially when they throw you into the middle of the game, fully equipped with a ton of power ups with no real tutorial of what on Earth to do. Just look at Yo-Kai Watch. The demo for that was really middling, but when I played the full game, I enjoyed it a lot more being able to play it from the beginning instead of being dropped in the deep end.

Other elements of the combat were not as lost on me, and I enjoyed being able to dash around while targeting, allowing for quick manoeuvring out of danger zones. As Kirito, you’re able to give commands to your fellow party members, giving your wider control over their behaviour in battle which is always a plus in RPGs; no-one likes to have their progress undermined by some unruly AI. Fans will appreciate the humorous dialogue between the characters, with Asuna coming out with random statements such as “I made some lunchboxes for everyone!” then proceeding to repeat it over and over. The controls are not hard to grasp at all, but it just so happens that almost everything else is.

Sword Art Online: Hollow Realization looks to be a game for the fans. Its bafflingly comprehensive user interface just about displays every variable you could ever hope to see, making the screen cluttered and no doubt intimidating to newcomers. There is nothing astounding to behold but if you’re regular of Aincrad, chances are you’ll enjoy this fresh adventure in a brand new virtual world.

Currently an English, Journalism and Creative Writing student at the University of Strathclyde. Based in Glasgow, I spend most of my free time playing video games ranging from Japanese visual novels to horror games. You can contact me at greg@godsiageek.com!
MORE LIKE THIS
Bandai NamcoGameplayPreviewsword art online: hollow realization