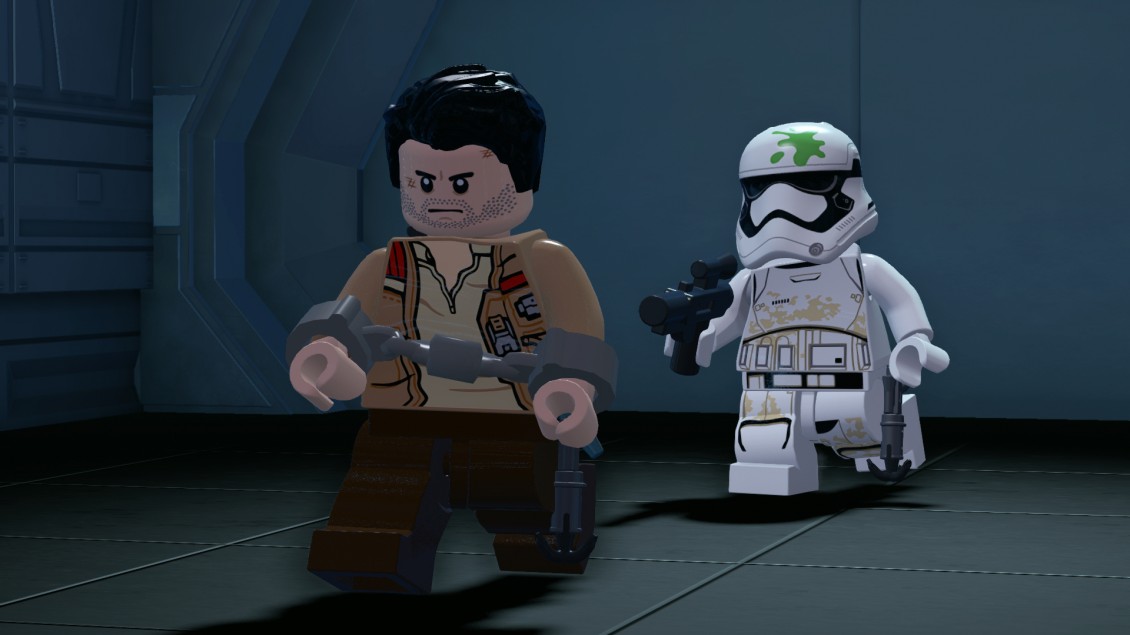 The footage from IGN shows the game director, Jamie Eden, playing through two scenes from the upcoming title, the first seeing Poe Dameron and BB-8 tackling the first order on Jakku. During the firefight the new cover shooting mechanic is shown in action along with enemies constructing objects, both cover and a turret, for the first time in a LEGO game.

We then jump to one of the first flight sections, Poe and Finn’s subsequent escape from the star destroyer. In another first for the franchise, this space battle sees players given control of a TIE fighter to take on a fleet of enemy ships while destroying the gun turrets preventing their escape.