Preview: Watch Dogs 2 has us excited already, here’s everything we saw 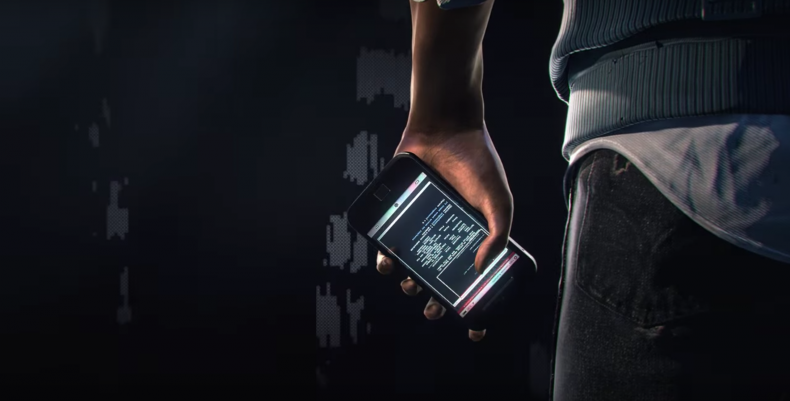 It’s fair to say that when Ubisoft invited me to see the Watchdogs 2 stream that you all just watched a few hours early I wasn’t exactly jumping out of my seat to go. Sure it would be fun, but the original game just wasn’t my cup of tea, and I still resent Tom for giving it a 9 and then me buying it after his recommendation. But it’s fair to say that I came out of my early look wishing I was already in LA at the Ubisoft booth getting hands on.

It starts off slow, but picks up as soon as we were introduced to our new main character, who by all accounts seems to be less of a douche than Aiden Pearce was, and thank god the trench coat is gone. In his place we have Marcus Holloway, a young, hip, tech-savvy person, basically the kind of person you expect to find roaming the streets of Silicon Valley. He may not be overly relatable to many of the older Brits out there, but he is perfect for Watch Dogs. He looks like a normal person, has the hipster look that all good young San Franciscans (is that what they are?) pride themselves on, and most importantly looks like he could be part of a hacker group.

Being a significantly younger man than Aiden, and not having that ridiculous trench coat flailing about everywhere, allows Marcus to do a lot more cool shit, like parkour. The first time the parkour mechanics showed up it looked like something straight out of Assassin’s Creed, just more animated, and I can’t wait to try it out. Regular readers will know how much I love the AC series and especially Unity, which fixed almost all of the free running issues. This looks like a step up from that, and I couldn’t be more excited.

This extra movement solves one of my biggest issues with the original game, that getting anywhere in the city was just plain boring. Walking around took an age and at times Aiden controlled like a tank, but if you took a car you had to deal with the hideous driving mechanics (which have apparently been improved and cars now have a unique feel to them). But now you can free run around, hit the tops of buildings and generally look like a badass, moving around should be less boring.

The final part of Marcus that I want to touch on is his melee weapon. It’s a snooker ball on a price of string. How cool is that! I mean they could have gone with something boring, like a baseball bat or a police stick thing, but no, they chose a ball on a bit of string, and my God does it look painful.

So we have concluded that Marcus is pretty damn cool, but Watch Dogs 2 has more than a cool new protagonist. Apparently every person and every vehicle in the world can be hacked, and there is more ways of hacking than ever before. We saw Marcus hack an entire group of people, by setting off every phone in the area, which is one hell of a distraction. If more things like this are possible, and true carnage can be kicked off by hacking in ingenious ways, then the original promises from the first reveal of the original could finally be true, and at the end of the day that is what we all want.

The new hacking control over cars looks cool, being able to run people over without being spotted is always a good thing, and if I can complete the whole game by hacking a forklift and have it do all my dirty work then I am certainly up for that.

Parkour seemingly isn’t the only thing that Watch Dogs 2 has borrowed from another Ubisoft franchise. Marcus has a small RC car that he can use to scout out areas and even use to do some small tasks, like unplug some cables. It’s certainly not dissimilar to the RC drones that are used at the start of every round in Rainbow Six Siege. I must say that I loved them in Siege so having it here, in a open world creates even more possibilities for fun. I for one know that I will eventually end up making an RC car stunt montage when we get our hands on with the final code. He also has a quad copter, but that is nowhere near as fun as having an owl to scout out areas for you like in Far Cry Primal, so will just skip over that and suggest that Ubisoft get working on those owl animations.

The past 800 words have only scratched the surface of all the cool things that were shown in the stream. They mentioned that they are embracing the meme side of hacker culture, which I hope means they have secured the licence to show My Little Pony episodes mid game, and even showed off some of the 3D printed weapons that you can use. The story, from what little we saw seems less awful, and San Francisco is a much more interesting city than where ever we were last time (it was so boring I can’t even remember).

To be honest they had me at “we have got rid of Aiden and we added parkour” but the rest is just icing on the cake. The real judgement will come at E3 next week when we go hands on with it, but for now you can put me in the ‘excited about Watch Dogs again’ corner.

eSports! I joined God is a Geek all the way back in September 2013 and since then have spent most of my time on Dota 2, and occasionally posting the odd review, news article or totally wrong predictions for The International. When I am not playing Dota I can probably be seen watching some kind of strange eSport or begging for more Twitter followers (@MikeStubbsy if you are interested). Aside from GiaG I am a computing student, football coach and major Apple fanboy.
MORE LIKE THIS
Ubisoftwatch dogs 2WATCH_DOGS