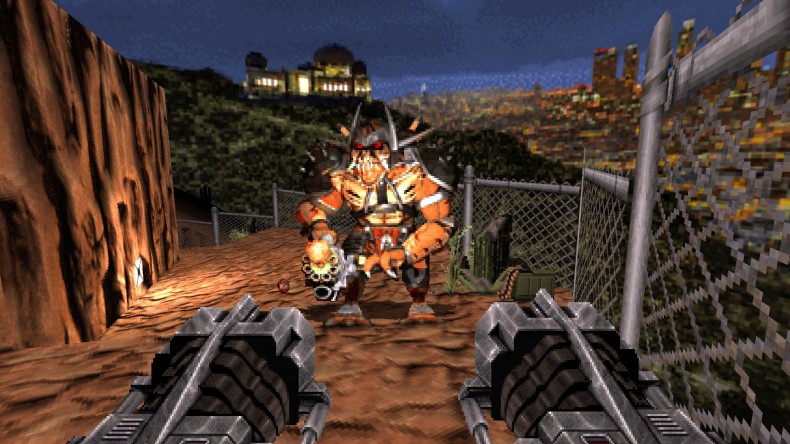 User Tezla55 has claimed to have been leaked details surrounding the title, which is apparently being teased with a countdown timer on dukenukem.com. The countdown timer has a week left and shows a banner saying “Happy 20th Anniversary!”, with no other details being available.

The user has also shared purported press assets, including screenshots and the logo, which were supposed to be getting sent to media inboxes in the coming days. You can see the screenshots below.

While the screenshots look promising to the untrained eye, many Reddit users have shared their uncertainty over the veracity of the images. Looks like we’ll just have to wait and see.

Currently an English, Journalism and Creative Writing student at the University of Strathclyde. Based in Glasgow, I spend most of my free time playing video games ranging from Japanese visual novels to horror games. You can contact me at greg@godsiageek.com!
MORE LIKE THIS
Duke NukemNerve Software

It Is Really Coming Out – Duke Nukem Forever Launch Trailer