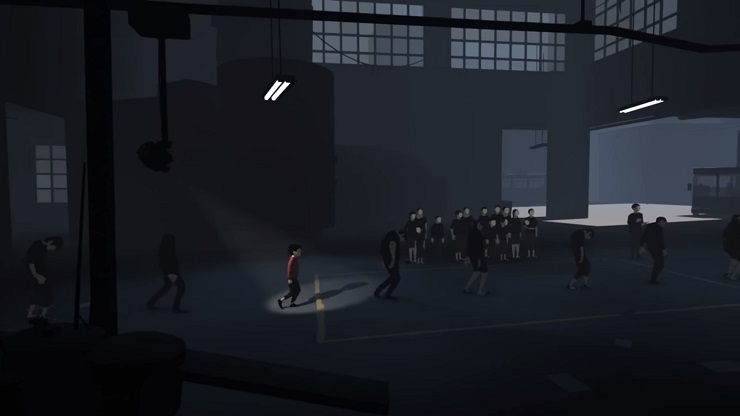 *The below feature contains spoilers

Playdead is no stranger to horror noir; Limbo was a fable drowned in eerie wistfulness as it had you searching for your lost sister, bumping into strange creatures and one illustrious, creepy-as-fuck spider. Whether you cared for the story or not, there was no denying Limbo’s visuals were a thing of beauty and in their latest game, Playdead has crafted something even more exceptional without ever relying on typical horror clichés.

There were plenty of times throughout Inside where I felt uncomfortable, shocked and unsettled by the morbidly beautiful dreamlike journey I was on. It’s a story of a boy surrounded by strangers, death, control and the unknown. You move through different dwellings trying to uncover the mysteries of your solitude, all while trying to stay alive amongst the horrors you’re privy to. I wanted to share some of those moments where Inside creates such a vivid sense of despair and distress with singular images and moments of gorgeous melancholy, topped off with a subtle musical score. After escaping a pretty unnerving hunt at the start, Inside’s intentions become apparent when the slew of dead pigs come into shot. As the rain falls hard on the muddy ground of a farm, you run past carcasses of pigs and it’s the first instance where I started to feel unsettled by what was afoot. Not long after, you meet one of the pigs who’s still alive, only to pull his tail off when trying to move him for one of the puzzles. It doesn’t squeal, flinch or react at all; why doesn’t it care you’ve just ripped a part of his body off?

From the second you see the slow and vapid-minded individuals slowly wandering around as you control them, so many questions are raised as to who they are, with bodies white and dirty, faceless and lurching. At first, they’re creepy and do their best to unnerve you, but as you start to use them for your own benefit, their plight seems upsetting and you feel empathy towards them. Did these poor souls have lives before here? Are they part of some experiment gone wrong? Do they indeed have a soul? Whatever they are, their representation in the game makes you resent Inside’s antagonistic organisation. Throughout Inside, you’re just as freaked out by the things you can’t interact with, namely what’s going on in the background; the leafless trees, abandoned railcars with lights flickering in their cabins, groups of shadowy figures watching you and never moving and everything else. There’s always something in the background intent on disturbing you, and as you move further into the game it only gets worse. There’s a moment when the penny drops and you realise who you are and why you’re running, and it becomes clear when you see something happening in the background. One of the employees of the medical facility is holding a young boy’s hand in a warehouse and it all makes perfect sense: you were one of the test subjects.

Strangers in the Deep

Having to go into the depths of the sea is always going to terrify me because I have a phobia of open water. Playing games where I have to do it isn’t as bad, but I still struggle at times. When I first encountered those long-haired beings underwater, I shit myself. They reminded me of the girl from the ring, and as they swam at great speed towards me, I couldn’t watch. They’re truly terrifying and a great inclusion. The way they move in the water and the speed at which they do so make them the game’s greatest challenge and the scariest. The Blob of Bodies

In the game’s closing moments, you witness one of gaming’s most shocking moments as the boy you’ve controlled throughout the game merges with a load of other bodies in a water tank, smack band in the heart of the laboratory. As hundreds of scientists gather around the water tank and watch the blob pulsate, your final action as the young boy is to rip off whatever is stabilising the ball of flesh. As the blob consumes you, all hell breaks loose and you smash through the glass and fill the lab with water; scientists scream and run away as you cause utter chaos, gaining some form of revenge on the organisation that did this to you. The second you encounter the boss and force him through his office window is phenomenally dreadful; both of you plummet to the ground, with the weight of a hundred bodies literally squashing him to a bloody, gooey mess.

Inside doesn’t follow the horror clichés seen in many films and games. There are no real scares and the blood you do see is seldom used. Through its art, Inside portrays the horror of your character and it’s in the silence when Playdead’s beautifully crafted, horror masterpiece.

Inside is now available on PlayStation 4, Xbox One and PC.

Video games are cool. Don't let anybody tell you any different.
MORE LIKE THIS
insidePCPlaydeadPlayStation 4

Playdead’s INSIDE Comes to PS4 this month