No Man’s Sky: Music for an Infinite Universe CD & digital album out today 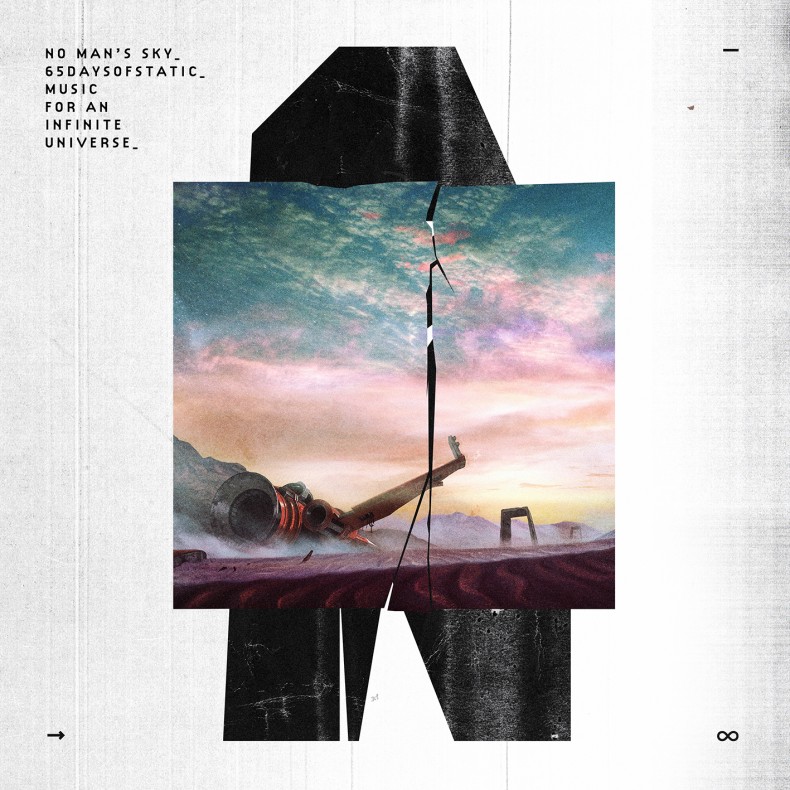 UK instrumental band 65daysofstatic today announce the global CD and digital release of their first video game soundtrack, No Man’s Sky: Music for an Infinite Universe, via Laced Records. The new album arrives ahead of the launch of No Man’s Sky, the highly anticipated open-world space exploration game from Guildford-based studio Hello Games.

The standard and deluxe double-CD version of No Man’s Sky: Music for an Infinite Universe is available now for purchase and streaming at all major digital music retailers, with a 10 track double vinyl with digital download of all 16 tracks, and a deluxe vinyl collector’s edition featuring all 16 tracks spread across 4 LPs due to begin shipping in late September, exclusive to Laced Records.

No Man’s Sky’s procedurally generated universe is unlike anything yet seen in the gaming world, and 65daysofstatic’s sonic assault is equally ambitious. The release itself comprises 10 tracks of original music, plus a second collection of soundscapes and sound design, an all-encompassing journey of almost two hours.

This music, alongside a vast library of raw audio comprised of loops, sound textures and melody were fed into the game’s unique music engine under the auspices of audio director Paul Weir, effectively creating a self-generating soundtrack to infinity. Attempting to move away from the granular, soft-focus ambience often found in procedurally generated games, the in-game music aims to travel effortlessly between the minimal, barren melodies of outer space to the intense, visceral, aural squall of galactic survival.

No Man’s Sky: Music for an Infinite Universe is equally grand in its ambition, an experimental and overwhelming sonic experience that pushes 65dos into new territory while retaining their innate sense of relentlessness, driving rhythm, and a tune you can hum.

“Being involved with No Man’s Sky is as unlikely as it is exciting,” the band said. “Two years of our lives have disappeared into a black hole and we’ve been spat out into another dimension. The project has pushed us to explore new processes and techniques, to rethink our relationship with our own music and to essentially soundtrack every narrative thread of a ‘choose your own adventure’ novel that exists only in our minds. We’re really proud of the results, and can’t wait to play it live.”

The band will embark on a world tour in support No Man’s Sky, the largest tour ever for a video game soundtrack. The performances will also include songs from throughout the bands’ career. Tickets for European dates are on sale now, via 65daysofstatic.com, with the rest of the world to follow once dates have been confirmed.

No Man’s Sky is available to pre-order now:

Information of the game can be found on the official website: http://www.no-mans-sky.com/

65daysofstatic are a noisy instrumental band from Sheffield, UK. Formed in 2001, they have released six studio albums, the most recent being 2013’s ‘Wild Light’, garnering an international audience. Having toured relentlessly in the decade following the release of their critically acclaimed debut album ‘The Fall of Math’ (2004), they have in more recent years expanded their manifesto to include soundtracks and conceptual art installations.

‘Sleepwalk City’ (2013) commissioned by the Millennium Galleries Sheffield, mashed Google satellite imagery with infinite algorithmic drone fabrication via a sixteen speaker custom built audio chamber, culminating in a glorious marathon of nine live performances across two nights. ‘Fugue State for e-bow and guitar’ used custom-hacked midi-controlled magnets to remotely play prepared guitars in a visceral and overwhelming composition inspired by first hand accounts of the effects of British and US led drone warfare. Other works of note include music released as an online real-time re-mix engine (Prisms), infinite composition via a freeware coding platform (YrCodeIsBadAndYouShouldFeelBad), the short experimental film ‘Oscillator’, a reimagined soundtrack to the classic sci-fi film ‘Silent Running’, sound design for the BBC4 radio adaptation of Kurt Vonnegut’s ‘Slaughterhouse Five’ and a live-soundtrack at the Edinburgh festival for contemporary dance piece ‘Inside’.

Established in 2015, Laced Records has made a quick and lasting impression on the industry, managing the licensing and commercial release of video game music, including bespoke PR and marketing for the artists and composers. In its first year, Laced’s roster has included soundtracks from NOCT (Robin Finck – Nine Inch Nails, Guns N Roses), Hard West (Marcin Przybyłowicz – The Witcher 3: Wild Hunt, The Vanishing of Ethan Carter), OlliOlli2 (BAFTA nominated game), Volume (David Housden – BAFTA nominated composer of Thomas Was Alone) and Curve Digital’s Pumped BMX. 2016 will see Laced Records release their first soundtracks on vinyl including Hotline Miami and No Man’s Sky, with more exciting projects in the pipeline.

No Man’s Sky soundtrack by 65daysofstatic now available to stream