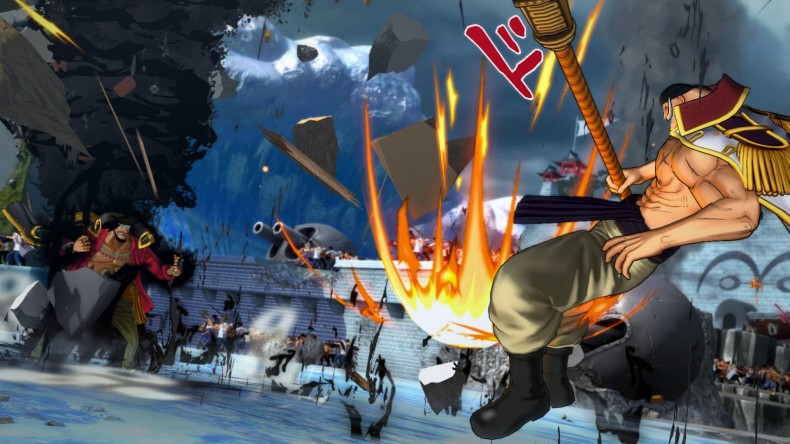 BANDAI NAMCO Entertainment Europe announced today that ONE PIECE BURNING BLOOD will be released for PC via STEAM on 1st September. PC gamers will be able dive into the ONE PIECE universe through an immersive fighting experience with multiple game modes. Get yourself ready now, as the PC version is available for pre-purchase on STEAM.

In addition, a new DLC Pack for consoles is now available: the GOLD Movie Pack 1. It includes Gildo Tesoro as a playable character, 3 new costumes for Luffy, Nami and Robin (all from the new movie One Piece GOLD) and a customized HUD. The GOLD Movie Pack 1 will also be included in Wanted Pack 2, the Gold Pack (which includes all DLC released for the game), and the Gold Edition (which includes the full game and the Gold Pack).

ONE PIECE BURNING BLOOD launched on 3rd June for PlayStation®4, Xbox One and PlayStation®Vita in Europe, Middle-East, Africa and Australasia. The PC version will be available on 1st September via STEAM.

One Piece: Burning Blood Announced for PS4, PS Vita, and Xbox One