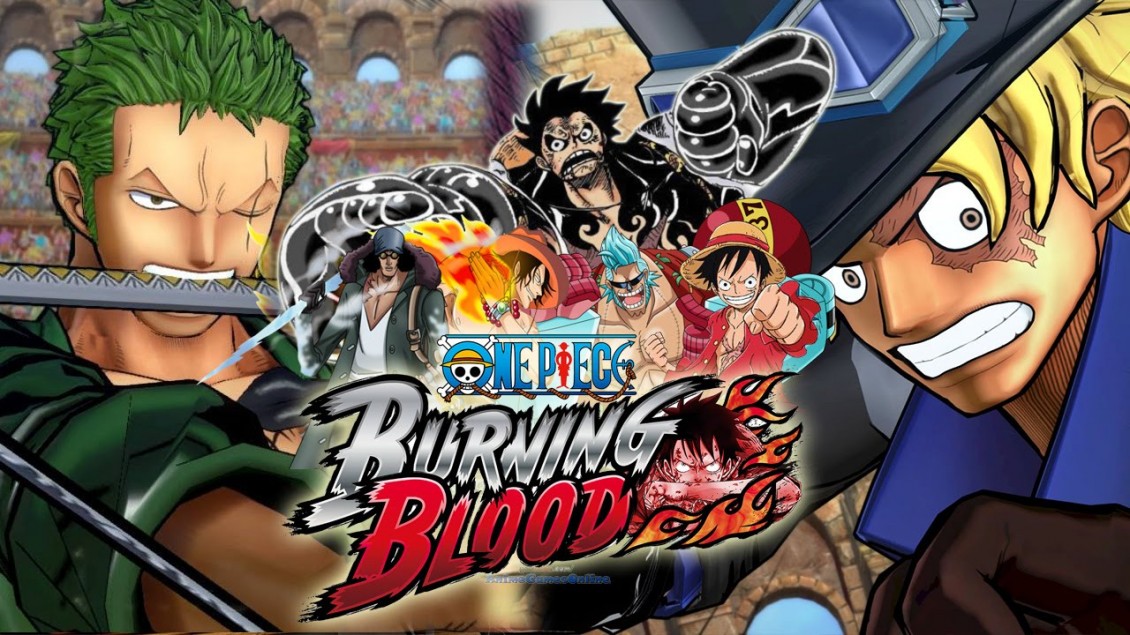 The world of manga game crossovers can be a confusing thing. One Piece, for those who have never encountered it before, is a series which boasts one of the most expansive and perhaps zaniest universes of all. The series is centred around a young pirate named Monkey D. Luffy who one day eats a Devil Fruit, only to gain the power of elasticity and find out he can never swim again. Undeterred, Luffy gathers together a crew of misfits and sails the seas searching for ‘One Piece’ — the fabled ultimate pirate treasure which will allow him to become King of the Pirates.

One Piece: Burning Blood is a fighting title which uses various plot arcs of the manga to frame its battles, never really utilising the story to its full potential. Newcomers to the series will be scratching their head as soon as the first battle is over, having no mortal idea why these clans of pirates are fighting despite the game’s attempts to quell the confusion surrounding the narrative. Those familiar with One Piece’s various story arcs will be pleased to see the Paramount War arc featured in-game, with the opportunity to play through the Battle for Marineford from Luffy, Whitebeard, Akainu and Ace’s respective perspectives. While this may seem like a refreshing take on following a certain plot arc, many of the perspectives recycle cutscenes when two controllable characters meet. The arc doesn’t span very far or include a varied degree of events, meaning you’ll replay the same battles multiple times, just as different characters. This ultimately leaves the Paramount War mode feeling like a lazy afterthought rather than an integral part of the game, sitting at a measly four episodes which all recant the same story. The combat of Burning Blood is entirely hit-or-miss, but unfortunately misses on the majority of occasions. In rare moments, combat can be dramatic, fast-flowing and exciting, while most of the time, it is slow, laggy and prone to abuse by spamming AI. The visual animations of attacks are magnificent but each character varies greatly in terms of style and elemental power, much to the game’s detriment. Fighters can have an elemental power, referred to in-game as Logia, ranging from magma, to ice, to gas. Others are able to attain the quality of beasts, referred to as Zoan, allowing them to take flight and so on. It’s because of this that combat, more often than not, feels grossly unbalanced, with some fighters having an automatic upper hand over their opponents from the offset, purely because of their elemental standings.

Not only this, but various battles throughout the Paramount Arc present a great challenge, regardless of whether you’re a newcomer or old hand. Burning Blood increases its difficulty in a peculiar way — instead of making the AI smarter, the more difficult battles present you with an opponent with at far higher health than you. Trapping them in a combo results in you slowly and painfully chipping away at their health, but when they get the one-up on you, they’re quite easily able to obliterate half of your health in a single combo. The spam-prone nature of the AI means that before you have a chance to deflect oncoming attacks or recover from being downed after a combo, your opponent has already roped you into another, resulting in a 20-second battle and a dramatic KO. When downed, there seems to be an unresponsive few seconds which prevent you from guarding, allowing an unending chain of combos to mutilate you. Being caught in these combos feels like a never-ending battle, as there are so few opportunities to escape, especially when your opponent is going all out. This nature of the combat system is unbelievably frustrating and had me on the brink of snapping my Vita in half at times — all of this coming from a guy who can cruise games such as Dark Souls 3 and Bloodborne without losing his cool.

Burning Blood performs better when it comes to Wanted Mode, where you’re able to choose your own fighters and hunt down certain opponents in close-quarters battles. These range from regular contracts to limited edition, with difficulty obviously scaling the more exclusive the contracts get. The rewards in Wanted Mode are much more obvious and you feel compelled to hit a higher grade. Credit must be given to the visuals however, with the in-game cutscenes capitalising on the cel-shaded art style in order to retain the true feel of a manga-rooted game. Burning Blood is colourful, zany and features an array of wacky characters that push the boundaries of “outlandish” to a whole new yard line. The Japanese voiceover is exaggerated but entertaining, giving it an authentic feel and will surely please die-hard fans of the series.

Despite its flaws, One Piece: Burning Blood is undoubtedly a game for the fans. While it boasts magnificent cel-shaded visuals and an enormous roster of characters to choose from, it’s held back by its combat system — offset by unresponsive commands, inescapable combos and intense difficulty spikes. What should solidify the success of a fighting game is Burning Blood’s undoing: combat is grossly unbalanced and often leaves you feeling frustrated, sapping any previous enjoyment. If you’re new to the One Piece universe, this isn’t the vessel by which you enter it — Burning Blood is never able to find its land legs, at least not enough to welcome you to its wacky world. If, however, you’ve been here before and know what to expect, then by all means, be my guest.

One Piece: Burning Blood is a game for the fans who are able to appreciate the vaults of lore and huge roster of characters. It may look pretty, but It’s just far too harsh on newcomers — prioritising style over substance with a combat system that feels grossly unfair.