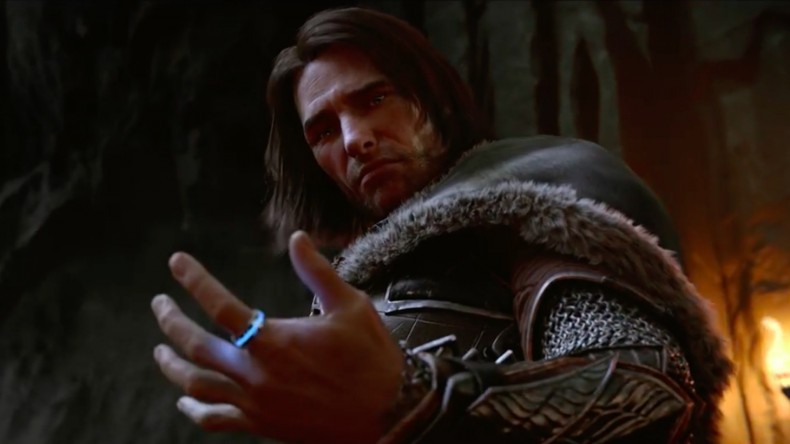 The recently leaked and then promptly announced Middle-earth: Shadow of War has created quite a buzz over the last week and has probably left fans with more questions than answers. Thankfully, I had the chance to ask Michael de Plater, Creative VP at Monolith Productions a few questions about the new title to gain some clarity on about how the Nemesis System has changed and what new features fans should be looking forward to.

So, Shadow of War has been officially announced. Could you give us an idea of what fans should be looking forward to and what’s new?

Well, that is a big question. So, it’s the sequel to Shadow of Mordor and I mean, its expanded enormously in pretty much every way. The story itself is now really epic right from the beginning through to a pretty titanic finale. The world is expanded enormously, the combat and RPG elements of the game are a lot richer and the Nemesis System has been improved enormously in terms of the enemies and their memories and stories and abilities and diversity. They belong to different cultures or tribes. We’ve also expanded a lot in terms of building your army and followers which impacts the stories you can create and how you use those in combat. We’ve also extended the Nemesis System to the world via Nemesis Fortresses where you’re fighting these big, epic battles to conquer Mordor.

What new features have you been able to expand on by utilising the hardware of current generation consoles?

What was great for us with this game was right from the beginning of the project (which started right at the end of Shadow of Mordor), we were targeting the current generation of consoles and didn’t need to support the previous generation. So, that has enabled us to significantly expand the scale of the game so the battles are much larger, we’ve got many more enemies and followers on screen so that we can have these big, epic battles. The detail that we’ve been able to put into everything, including the variety in all the characters and the variety and detail of the world itself and how dynamic the environment is, whether its spreading fires or guises of lava in Gorgoroth. So, scale, detail and content across every dimension of the game has been expanded enormously.

The Nemesis System is probably Shadow of Mordor’s most memorable feature. What have you done to expand on this feature?

We’ve obviously been very busy taking everything that we’ve learned from Shadow of Mordor and applying that and trying to improve and expand on it. I think one of the main things we’ve done is looked at which stories and enemies were most memorable and most emotionally moving for players in Shadow of Mordor and we’re just trying to add many more of those emotional stories and moments to make it so that everybody that plays the game through to the end will have several Orcs that are just completely unforgettable and unique to them. Not only to have these powerful arch-enemies that they remember but also followers that they create friendships and relationships with. They may even fall in love with them in a weird, sick way.

Are you surprised to see that other developers haven’t stolen this idea yet?

It’s impossible to speak to other developers, I think probably like us, everybody is trying to do their own unique thing.

Unlike a lot of developers, you guys announced your game and within five months are planning on releasing it. Is there any specific reason for this? (I’m sure your fans really appreciate this!)

I think that’s definitely more of a question for marketing. From our point of view, it has been tough sometimes being silent and working away without being able to share what you’re working on. Now that we have announced it, it’s incredibly exciting to be able to show what we’re doing. I also think that while we haven’t been talking about the game, we’ve definitely been constantly looking at players who’ve been talking about the game and what they’d like to se. We think that if people like Shadow of Mordor and have been looking forward to Shadow of War and have had wish lists of what they are hoping for, I think a lot of those people are going to be really excited as we show more and more of the game.

Could you tell us a bit more about the new powers of the Ring? What new powers will players have and how can they use them?

The key of the Ring of Power is the ability to dominate and control not only your enemies but also monsters and creatures within Mordor. As you increase in power, you can control increasingly powerful enemies as well. Also, the abilities to spread fear among the ranks of your enemies. Celebrimbor, through the Power of the Ring has also grown a lot in terms of his abilities. So, in the walkthrough, we had the skill of Elven Wrath, so he can actually unleash combat attacks on enemies that will effectively act as screen clearing. The Ring also enables you to use more weapons, we have the hammer that he used to forge the Ring that he can use in different abilities and also the spear.

Many fans have stated that (in Shadow of Mordor) Mordor was quite a dreary backdrop and people preferred the second map as they felt the game picked up in the second half. How have you changed the map(s) in Shadow of War?

Not only are they a lot larger but they’re also a lot more diverse and much more detailed. Again, we do have very lush island maps, volcanic maps with flowing lava, a full-scale city in the stage of war and mountains. So, there are a lot more detailed, colourful and diverse ecosystems. It’s more alive in terms of the Orcs and Orc culture and society that’s going on there as well. I agree with the comment on the second half of Shadow of Mordor, but we’ve definitely surpassed that again across all of our maps.

A number of fans also disliked the boss fights in Shadow of Mordor. How have you reacted to this feedback? Have the boss battles been altered or improved in the new game? If so, how?

The Nemesis System is obviously providing a lot of different boss fights with the villains and the Orc boss fights but Sauron, the Nazgul and the Witch King all represent different boss fights throughout the game. So, we put a lot of emphasis on those and have taken what we’ve learned from Shadow of Mordor. I think the key thing is that we’re leveraging and using actually one of our best strengths in the game, which is the combat system. We’re making them into really powerful boss fights rather than the last battle that we had in Shadow of Mordor which was more of a quick-time event. We’re really excited to show more of these.

In the gameplay we saw the main character riding a couple of different creatures (including a drake). Are there any creatures that cannot be mounted?

There are littles ones: spiders and rats, you could try, but you’re probably going to squash them. There are no large creatures that cannot be mounted. With all of the mounted creatures, we’ve expanded that quite a lot. Now with the Carragors?, which are the big felines in Mordor, the combat on the back of those has expanded a lot to have more of the variety and depth that you’d get on on-foot combat. They also have stealth attacks so you can sneak around on them and launch out at your enemies. Their mobility and movement has also been improved do they can climb almost anything. This is the same with the big giants, you can summon them and basically go all ‘King Kong’ on the map, you know, leap off things, climb all the buildings, bash people. The dragons are also a whole new dimension enabling you to fly and breathe fire, which is pretty cool.

Middle-earth: Shadow of War releases 25 August on PS4, Xbox One and PC.