previous
SteamWorld Dig 2 looks like it won't disappoint: an interview with Image & Form
random
next
Batman: Arkham VR coming to Vive and Rift this month
0 comments

SteamWorld Dig 2 will run at 1080/60 docked on Switch, is coming to other consoles 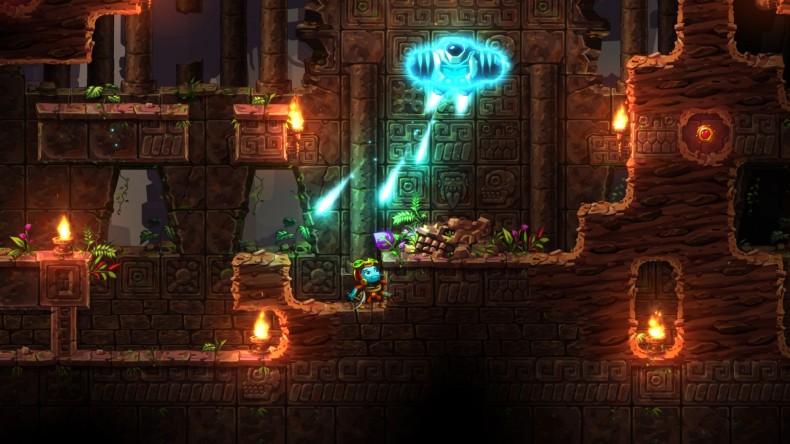 In our exhaustive interview with Julius Guldbog, community manager at Image & Form – the devs behind SteamWorld Dig 2 – we got some further insight into what Nintendo’s Switch is capable of.

Switch owners will also be happy to hear that Dig 2 will run at 60fps, 1080p docked and 60fps, 720p in handheld mode. Since the Switch is quite unique, we want to take advantage of making sure it works perfectly in handheld mode as well. We’ve adjusted the UI and have zoomed in the game to fit the handheld mode.

I think we are going to run official battery tests later. We test the game every two weeks and I’ve played it a bunch of times for three or four hours with plenty of battery left, so I don’t think that’s going to be an issue for this game.

And while some thought it might be an exclusive, that’s not the case:

The game will debut on the Switch, and that’s exactly what we said in the Nindies Showcase, but we’ve said nothing about timed exclusivity or exclusiveness of any kind except features like the HD Rumble (because that’s only possible on the Switch, at the moment). As I wrote in our official FAQ on the website, we are looking into doing a multiplatform release on day one, so stay tuned for more platform updates pretty soon.

Read more, along with Emma’s impressions on her hands-on time with the game, in our feature here.