previous
Mick Gordon's Prey soundtrack is now available for streaming and purchase
random
next
Rejoice! Darksiders 3 is real, and coming in 2018!
0 comments

It’s bonus week on GTA 5 with focus on motorcycles 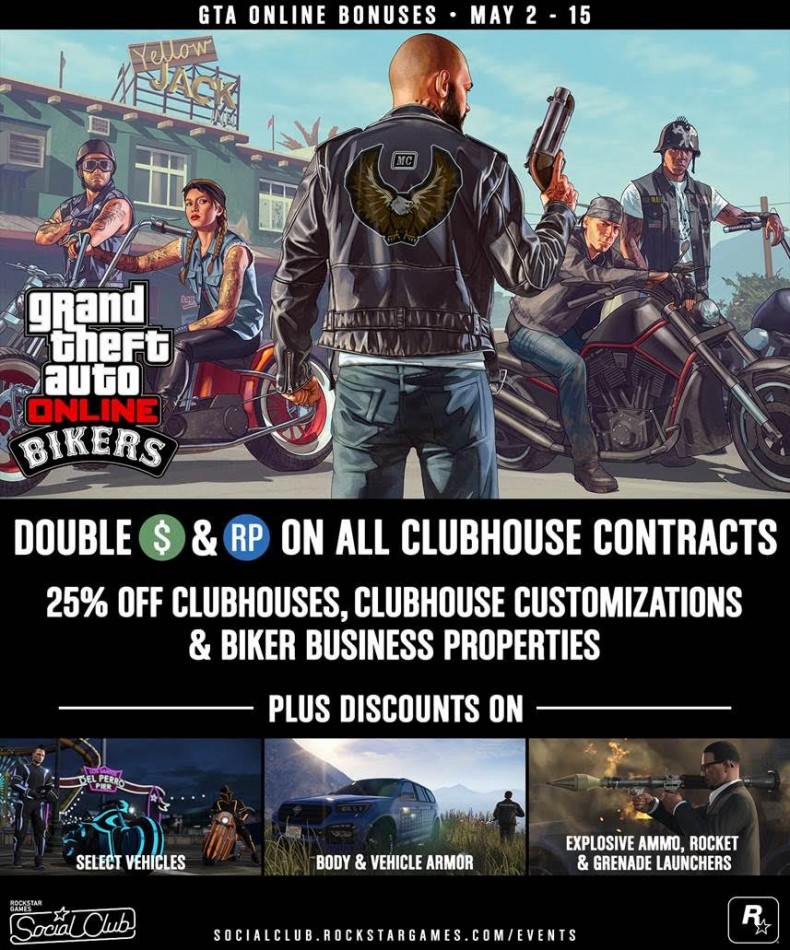 Rockstar has announced the details of its latest bonus week for Grand Theft Auto V with discounts on all sorts of items. The event will run from today until 15 May.

Most of the event will focus on motorcycles with players benefiting from a GTA$ and RP boost when running Biker Contract missions, while certain bike purchases will receive a 25% discount.

There is also a 25% discount on a number of vehicles including the following:

In addition, there are discounts on a number of weapons, ammo and armour.

Rockstar also announced that this week’s premium race is Damned which will run from today until 8 May.

Likes to shoot stuff and wear pretty shoes. Is a BEAST at Titanfall.
MORE LIKE THIS
gta 5GTA V

UK chart round up: Black Ops III still holding on

Double GTA$ and RP in GTA Online Through 4 July Weekend