previous
Free Mahjong? You won't regret it!
random
next
Ubisoft has revealed the first trailer and gameplay for The Crew 2
0 comments 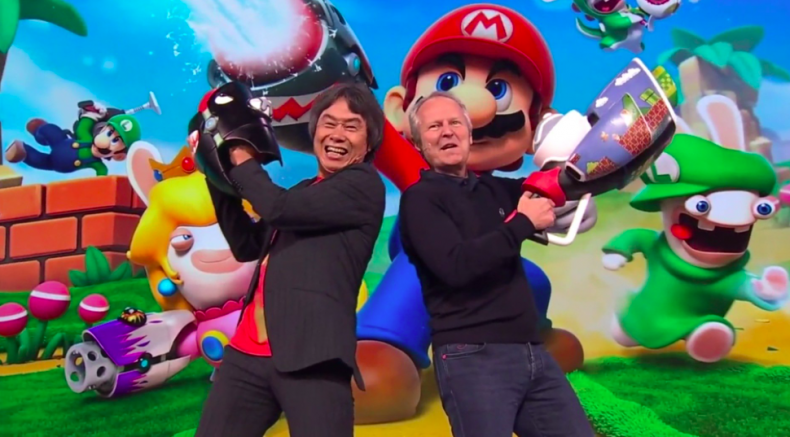 We’ve suffered through months and months of rumours and speculation, but Ubisoft finally confirmed that the Mario and Raving Rabidds game is in fact real at their E3 2017 press conference.

Shigeru Miyamoto, with hand canon equipped, game on stage to announce Mario + Rabbidds Kingdom Battle, a game that he says is a “Mario game that has never been made before”.

It’s been in development for over three years, exclusive for the Nintendo Switch and a tactical battle game.