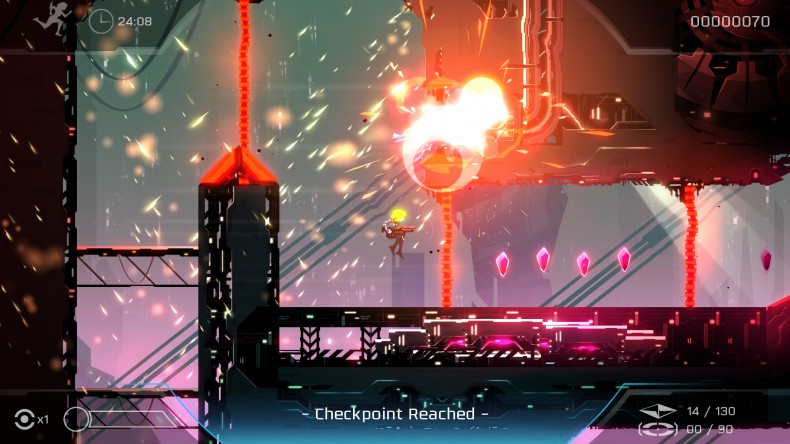 BadLand Games and FuturLab have confirmed that the Critical Mass Edition of Velocity 2X will come to PlayStation 4 and PS Vita as a boxed release on June 30.

Velocity 2X sees players taking the role of Kai Tana, a prototype, teleporting Quarp jet pilot, who must take on the tyrannical alien Vokh to save Earth and the races they have already enslaved. The game’s Ciritcal Mass Edition will include the base version of Velocity 2X plus it’s three expansions along with a making-of documentary, a soundtrack CD and a studio booklet.

“Aside from receiving the lovely art book, soundtrack and all the expansions, the behind-the-scenes special feature content is really excellent. Fans will learn a great deal about how the game came about, how it developed, and the important roles that Shahid Ahmad and Joris de Man played in its production.” said James Marsden, the director of FuturLab.

Velocity 2X: Critical Mass Edition will be available for PS4 and PS Vita on June 30.